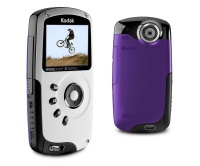 If you haven’t tried your hand at small business marketing on YouTube, perhaps evidence of other companies’ online video success will convince you to grab a camcorder and get ready for your close-up.

Exhibit A: Orabrush, which claims it has sold $1 million worth of its tongue brushes as a result of its humorous YouTube video series featuring, naturally, a guy dressed up as a tongue. Other small businesses have hit the big time through YouTube, including Blendtec and Dynomighty Design.

Online videos can be a powerful small business marketing tool. But it all starts with the right equipment.

Digital camcorders can cost anywhere from about $120 to $3,000 and up. They range from extremely affordable, ultra-easy-to-use models with limited controls, such as the Flip video models, to more complex camcorders with professional-level features, which include Sony’s ‘advanced amateur camcorders.

Of course, many smartphones and digital still cameras offer video recording. But the quality can be substandard. And smartphones, unlike camcorders and still cameras, don’t support tripod mounting — though the funky Gorillamobile ($30) serves as an ersatz smartphone tripod.

Here’s how to buy the right camcorder for your YouTube productions.

1. Decide What Kind of Videos You Want to Shoot

Before you invest in equipment, you should have a clear idea of the types of videos you want to produce.

If you’re a sporting goods retailer, for instance, you’ll probably want to shoot lots of action-oriented videos on or near water, on ski slopes and other places adrenaline addicts gravitate toward. If that’s the case, you might consider a water-proof, ultra-portable camcorder, such as Kodak’s high-def PlaySport, which costs about $150.

Similarly, if you’ll be shooting most videos outdoors away from power outlets, you’ll want a camcorder with interchangeable battery packs. You’ll also want a camcorder that records video onto removable media, such as flash memory cards or digital videotape, so you won’t run out of space during a shoot.

On the other hand, if the videos you plan to shoot will take place in your office, the webcam on your netbook or laptop may be all you need. Webcam videos can save time, because you’re recording the video directly onto your computer instead of having to import it. For best results, make sure the webcam is 1.3 megapixels or higher in resolution.

Also, if you plan to do a series of man-in-the-street style interview videos, a camcorder with an input jack for an external microphone is your best bet. While all consumer camcorders have built-in microphones, audio quality from these mics can be poor when the person you’re filming is speaking in a noisy environment (such as a city street) and isn’t close to the camera.

Do you have an employee with excellent video production skills? Then you might want to buy a higher-end camcorder with manual controls and interchangeable lenses. But if you’re adding “videographer” to your administrative assistant’s long list of tasks, and that person has little video experience, you’ll need a dead-simple point-and-shoot camcorder, such as a Flip, Kodak Zi8, or Sony Bloggie. These cameras also come with software that simplifies editing and uploading to video sharing sites.

3. How important is Zoom Image Quality?

Point-and-shoot camcorders from Flip and Kodak capture high-resolution video, as do many smartphones and digital still cameras. Keep in mind, however, that the majority of these devices offer only digital zoom.

Simply put, optical zoom gives you much better zoom image quality. Optical zoom uses the camcorder’s lens to magnify a subject, rather than digitally enlarging the image captured by the camcorder, which is what digital zoom does. Some digital still cameras allow you to use the optical zoom when shooting video, but some don’t; be sure to check the camera’s specs.

Make sure the digital camcorder you buy offers the capability to shoot in high-definition video. YouTube offers the option to view videos in 1080p high-res video, so why not upload the best-quality video you can?

5. Shoot Test Videos on Your Smartphone or Digital Camera

6. Familiarize Yourself with Camcorder Features

Unless you’re buying a simple point-and-shoot camcorder (like a Flip), you should become familiar with camcorder specs and features before you buy. Here are a few terms you should know:

As with any electronic product, read camcorder reviews on sites such as CamcorderInfo.com and Consumer Reports (subscription required) before you click the buy button.

It’s also important where you buy. Look for online retailers that don’t charge hefty restocking fees if you return the camcorder. For example, J&R offers a 30-day exchange/refund on “mail order and Web purchases” without a restocking fee. But you must obtain a return authorization first. And your device must be “in original factory carton, including all packaging materials, inserts and manuals, warranty cards (not filled-out) and all accessories.”

Finally, consider how you’ll pay for the camcorder, especially if it’s expensive. American Express automatically extends the manufacturer warranty of items purchased with its cards, for instance.

James A. Martin is the author of Traveler 2.0, a mobile technology blog, and has written about mobile computing since the mid 1990s.