Too busy to take care of yourself regularly? We look at 10 fitness trackers, fitness tracker apps, and even a “smart” water bottle that can help improve your health as you build your business. 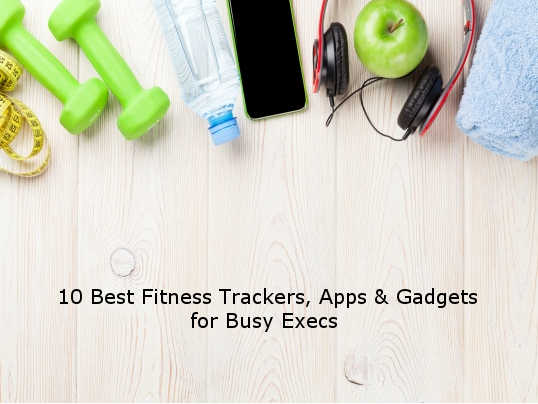 Sitting is the new smoking, as health experts like to say these days. Prolonged periods of chair-warming can lead to increased obesity, high blood pressure, and other health risks—even if you workout regularly.

The following 10 fitness trackers, fitness tracker apps, and health gadgets—some with reminders to move, some designed to improve other areas of health and wellbeing—can help. And in case you’re wondering why we didn’t include Apple Watch— it’s a smart watch with activity tracking features rather than a dedicated fitness device.

Research shows you don’t have to exercise for hours to get health benefits. With high-intensity interval training (HIIT), you perform short but rigorous workouts. Even 10- and 20-second workouts can be beneficial. Yes, you read that right: there’s such a thing as a 10-second workout.

Earlier this year, Fitbit released the Alta ($130), its sleekest, best-looking wearable fitness tracker to date. Alta isn’t for hardcore athletes, as it lacks a heart-rate monitor, GPS, and altimeter sensors (the latter is for counting stairs climbed). Instead, Fitbit designed Alta for fashion-conscious people who want to up their game. For them, it’s an excellent choice.

You can also receive smartphone notifications, such as caller ID, text, and calendar alerts. Plus, Alta is the first Fitbit device to offer a “reminders to move” feature, which encourages you to move at least 250 steps every hour.

You can swap bands on both Alta and Blaze for different styles and colors. But Blaze is currently the only Fitbit fitness tracker to include FitStar workouts, which you can follow right on the watch. (Fitbit owns FitStar.) The three free FitStar workouts on Blaze include a 7-minute exercise routine.

FYI: According to FitBit, the Blaze will get Alta’s “reminders to move” feature in an upcoming software update. 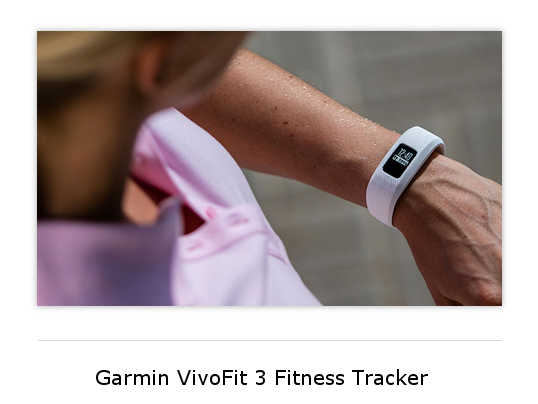 Garmin was once best known for its portable GPS navigation systems. Given that those devices are heading nowhere, the company has poured resources into competing against Fitbit in the wearable fitness tracker market. The effort has produced a steady stream of solid fitness trackers.

One of the more recent models, the VivoFit 3 ($100), is a lower-cost alternative to Fitbit’s Alta. Like many Garmin fitness trackers, VivoFit 3 offers reminders to stand and move hourly—along with automatic sleep and exercise tracking. And unlike many wearable fitness trackers, it uses a battery that Garmin claims will last for up to one-year. 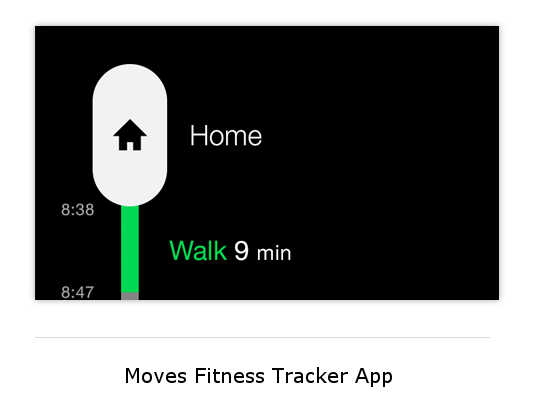 For each activity, you can view distance, duration, steps, and calories burned. The fitness tracker app shows your daily activities and where they occurred on a timeline; which is cool. One caveat: the always-on app can eat into your smartphone battery’s life.

Keep in mind that Fitbit’s MobileTrack feature in its mobile app also tracks steps and exercise—and you don’t need a Fitbit device. MobileTrack works only with compatible smartphones, however, such as the iPhone 5s and up. 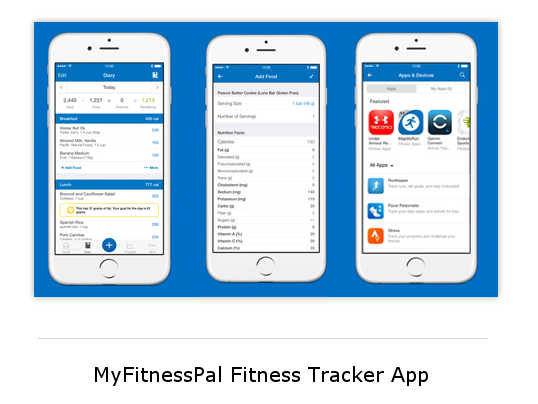 Quality sleep and exercise are important, but so is what you eat. The free fitness tracker app, MyFitnessPal, for Android, iOS, and Windows does a great job of making it easy—though not effortless—to log consumed calories.

Essentially Wikipedia for food, MyFitnessPal boasts 6 million entries. You enter a food by name or description, and the fitness tracker app searches its database and presents you with likely choices. When you find the appropriate food, you can add it (and the quantity consumed) to your daily intake. The app tallies what you’ve eaten as you go through your day, breaking it down into categories such as cholesterol, sugar, carbs, and other things you might be tracking.

MyFitnessPal also links with other fitness trackers and fitness apps. By linking the app to your Fitbit account, for example, you’ll know how many calories you can eat based on steps taken, workouts, calories already consumed that day, and weight loss goals. 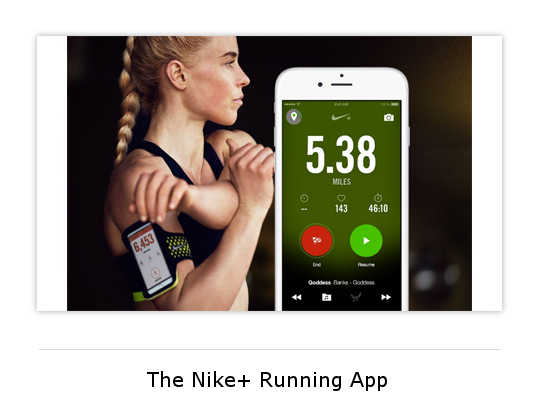 While no longer part of the wearable fitness tracker market, Nike still makes an excellent Android and iOS fitness tracker app for outdoor exercise. The app tracks runs, hikes, walks, and it maps them via GPS.

It gives you useful stats, and it even high-fives you with celebrity athletes’ encouragement when your workout is over (Ashton Eaton’s “Boom!” makes a long workout worthwhile). Another plus: the app will automatically pause your workout when you stop to pick up that double espresso you mobile-ordered at Starbucks. 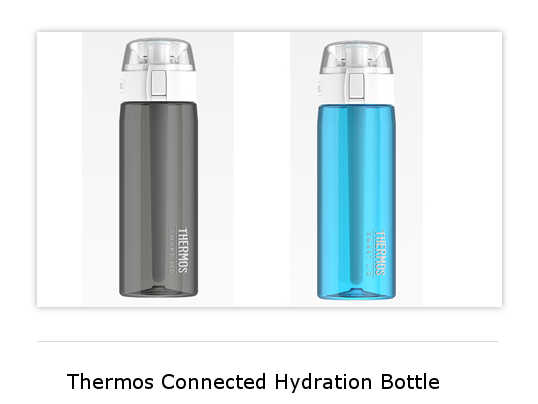 MyFitnessPal, Fitbit, and other fitness tracker apps encourage you to log how much water you consume daily. To quote a viral video star, “Ain’t nobody got time for that!”

Though a bit gimmicky, the Thermos Connected Hydration Bottle with Smart Lid ($60) performs the tedious chore for you. It keeps track of how much water you drink daily and connects to an iOS app via Bluetooth. You can link your Fitbit account, so that your daily H2O intake automatically shows up in your Fitbit app, too.

If the Thermos water bottle looks too dorky for you (a distinct possibility), consider the pricier and more glamorous Pryme Vessyl ($99); it syncs with Fitbit, Jawbone, and Apple Health fitness trackers. 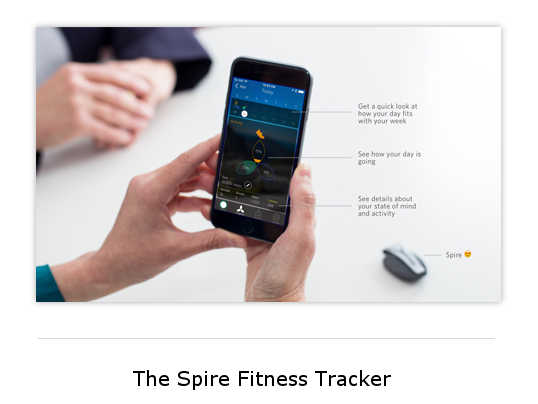 You might call Spire an ‘in-activity tracker,’ in that it’s designed to help you monitor your stress levels and breathing patterns and, via companion iOS app, relax with guided meditations.

The fitness tracker looks very Zen-like—sort of a smooth river stone paired with a sculptural clip—that you can wear on a bra or belt. The $150 price tag might cause your blood pressure to rise, however. 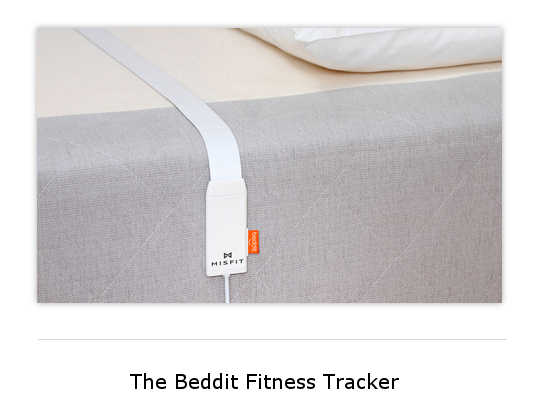 Sitting a lot? Bad. Sleeping a lot? Good. And getting quality sleep is even better. Most fitness trackers from Fitbit, Garmin, Misfit, Jawbone, and others automatically record the duration and quality of each night’s snoozefest.

But if you don’t want to wear a wearable to bed, consider Misfit’s Beddit (currently $75). This fitness tracker features a long, thin sensor strip that you place under your fitted mattress sheet and then plug into a wall socket.

Beddit tracks your sleep automatically and then, via a Bluetooth-connected mobile app, it gives you a sleep-quality score between 0 and 100. It’s one of the better dedicated sleep trackers available, and the data it collects on your sleeping patterns is sure to be—pun intended—eye-opening.

James A. Martin, an award-winning blogger who writes frequently about mobile technology, is the author of The Apple Watch Watch blog. Follow him on Twitter, @James_a_martin.