A Guide to Small Business Smartphones 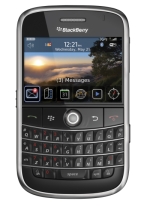 When it comes to conducting business on the go, smartphones are becoming an increasingly popular supplement — and often alternative — to notebooks. In fact, a recent Gartner Research report predicted that by 2013, there will be more smartphones in use than PCs, making smartphones the most common type of Web access device.

Though there’s no standardized definition of what constitutes a smartphone, it’s generally understood to be a phone that also offers Internet access and has the capability to handle tasks that are normally performed on a PC such as accessing e-mail, browsing the Web or viewing and editing documents. In a nutshell, it’s a pocket-sized computer.

Arming your employees with smartphones can give them a real productivity boost, but choosing a one isn’t quite as straightforward as deciding on a desktop or laptop. Read on to learn what factors you should consider before purchasing the best smartphones for your small business.

It’s About the Mobile Network

We’ll get into some phone particulars in a bit, but first, a caveat. New smartphones often generate much anticipation and fanfare, but it’s important to remember that unlike PCs, smartphones aren’t autonomous devices. Rather, they rely heavily on a carrier’s mobile network for connectivity and features. Bottom line — you’re not just buying a phone, you’re buying a network. Before becoming too enamored with a particular smartphone model, you must first consider the coverage and costs of the carrier providing it.

If you already have conventional mobile phones, your existing carrier is a good place to start exploring smartphone options, because if you have voice coverage it’s a safe bet that you have data coverage too.

On the other hand, you may or may not have access to the fastest kind of data connection, known as 3G (for third generation). A 3G network is an important prerequisite to smartphone use because it provides an Internet connection fast enough to handle tasks like Web browsing, e-mail and file downloads, multimedia streaming, etc.

3G network performance varies — Verizon and Sprint use EV-DO technology, while AT&T and T-Mobile use HSPA — but it’s generally in the range of 400 kbps to 1 Mbps (or more) for downloads, compared to around 100 kbps for non-3G connections. While you can make do without a 3G connection in some cases, without one, your thumbs will likely spend more time twiddling than typing.

Of the four national carriers, Verizon provides the widest 3G coverage (in terms of geography, not necessarily population), followed by Sprint, AT&T and T-Mobile. Regardless of which  carrier you have or are considering, you’ll want to be sure that 3G is available in your area and anywhere your employees frequently travel.

Each carrier offers coverage maps at their respective Web sites, but the maps don’t always make it easy to distinguish between 3G and ordinary data access, so don’t hesitate to check with the carrier if you’re unsure.

Once you’ve verified the availability of 3G coverage the next step is to consider the cost of data access. While mobile phone voice calling plans tend to be pretty simple — you get x number of minutes a month and pay y for each extra minute used, data plans can be a bit more complicated.

Generally, smartphone data plans range from $30 to $60 above the cost of voice service, but prices vary depending on the type of device, how much data you plan to transfer each month (lower cost plans with transfer caps are often available) and the added services you want, such as text messaging (SMS), push e-mail service or tethering. (More on these last two in a moment.)

Note that many — though not all — smartphones provide Internet connectivity via Wi-Fi, and until recently, budget-conscious customers often had the option to buy a smartphone without a data plan, opting instead to use wireless hotspot access as needed. Now, however, all the major carriers require smartphones to carry a data plan for the customary two-year contract period. (Data plans typically include access to carriers’ hotspot networks, when available.)

If you’re considering smartphones for your organization, chances are that mobile access to e-mail is a major reason why. Virtually all smartphones let you access multiple personal or business e-mail accounts on demand, but if you want employees to be able to receive e-mail on their smartphones as quickly as possible, you’ll want to consider push e-mail service.

This will automatically “push” new messages to the smartphone as they’re received, as opposed to requiring the user to “pull” them in by checking e-mail manually, or configuring the phone to check for new messages at scheduled intervals. (Due to the need for judicious use of battery power, keeping a smartphone continually connected to the Internet isn’t feasible.)

RIM’s BlackBerry smartphone in particular is known for push e-mail support (RIM pioneered the technology), though it is available in some form on many other smartphones as well.