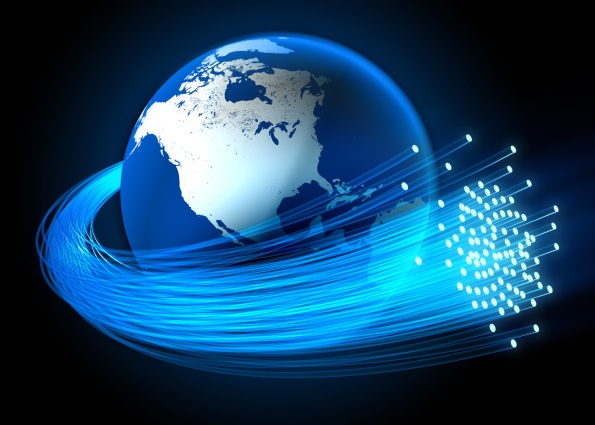 Small business networking solutions offer many different grades of service and speeds, but which one is right for your business, and what other supporting services can you expect?

Let’s review some networking basics. The number of Megabits per second (Mbps) determines the network speed: More Mbps means better performance. However, download and upload speeds can differ significantly depending on the level of service; in many cases the download speed is much faster than the upload speed.

Also important to note: Use the Mbps rates discussed here as a general guide. Vendor claims and the network speeds that you actually experience can vary widely.

Consumer-grade Internet speed and consumer Wi-Fi speed, for example, traditionally range from about less than 1 Mbps to 40 Mpbs. However, some newer services promote download speeds of up to 300 Mbps and upload speeds of about 20 Mbps.

Many businesses try to get by with basic consumer-level network using Ethernet to interconnect computers and devices in a Local Area Network (LAN). Over the last few years, Wi-Fi speed has allowed many businesses to use wireless connections inside their offices, thus increasing the usability of their office network.

The best way to figure out your actual network performance is to run a speed test. Type the words “speed test” into a search engine, and it should show you the test available for your current carrier (independent tests are also available). Test the network speed rates that people throughout your company actually get rather than accepting the carrier’s promoted rates at face value.

Internet Service Providers (ISP) offer business packages similar to their consumer-grade packages, but they are not yet pervasive throughout the country. Many areas still struggle along with sluggish Ethernet and painfully slow Wi-Fi. Additionally, your business needs may dictate faster upload rates or swifter downloads in general.

“Businesses should not rely on consumer Internet service,” said Tom Hughes, vice-president of small business marketing at AT&T. “It’s a best-effort service that does not offer performance guarantees.”

The oldest and most widely known bandwidth option for business customers is a T1 line, which provides anywhere from less than 1Mbps to 3 Mbps but with far more reliability than consumer-grade services. The scenario of losing bandwidth at home during peak hours when everyone logs on doesn’t happen with T1, which makes it more dependable for businesses.

But while T1 speeds were considered excellent a decade or so back, today they’re no longer adequate for many businesses. In fact, the many small businesses that already have a T1 line are good candidates for network upgrades. So what are the small business network options for companies with T1 or consumer Ethernet?

One approach for people who work in areas that don’t offer many high-speed network options is Ethernet First Mile (EFM). The term deals with the part of the network between the business (or consumer) and the last piece of provider’s telecom equipment.

EFM lets you run an Ethernet-like network using older copper telecom wires. Speeds vary widely on such networks, but they range from less than 1Mbps to 40 Mbps. Some businesses can make do with this if their first mile isn’t about to be upgraded to anything better.

Today, “better” means fiber optic cable with speeds ranging from 1.5 Mbps to a high of 1 Gigabits per second (Gbps) for both uploads and downloads. It’s much faster than any other type of network because it employs optical fiber. Light pulses across fiber strands—and travel at the speed of light obviously has its advantages when it comes to network performance. But high-speed fiber optic networks are not available to everyone.

Companies such as Google, CenturyLink, AT&T, and Birch have rapidly increased their investments in high-speed fiber optic networks nationally. These networks provide a significant uptick in speed, quality, and security. They don’t require any internal technology investment, and they guarantee very high availability.

AT&T is also expanding its fiber service zone into many more metropolitan areas including Austin, Wisconsin, Raleigh-Durham, Dallas, Winston-Salem, and various cities in Florida, California, Texas, and the Midwest. AT&T’s Tom Hughes stated that with the cost of bandwidth coming down, small businesses can get access to connections of up to 1 Gbps over fiber at competitive prices.

Take the case of Pixelbox Visual Design, a Wisconsin-based video production studio. The company has three video editing suites and an audio suite networked together. In addition, its network connects to outside sources for uploading and downloading large files such as videos and TV advertisements. The company requires very high network speeds, but that came with a hefty price tag.

For many years, Pixelbox used a cable provider for Internet and phone. But that provider was slow to roll out the higher speeds that Pixelbox needed to provide the best possible service to its clients. So the video production company became the first small business in Wisconsin to get a new fiber offering from AT&T.

“We upgraded to 100 Mbps download and 20 Mbps upload at a good price,” said Matt Nies, president and owner of Pixelbox Visual Design. “Now we can download files in minutes instead of hours, and that lets us focus more on the creative side of our business.”

CenturyLink customer Bob Grinnel owns The Mastercraft, a creative hub for entrepreneurs, startups, web developers, software developers, and photographers. The key to success for his small business is providing his tenants with more bandwidth than his competitors. Further, most of these businesses are startups that couldn’t afford to have 1 Gbps service delivered to their own offices.

“I can’t think of a business that couldn’t regularly use 1 Gig of bandwidth,” said Grinnel.

The Anxiety and Stress Management Institute (ASMI), a Birch customer based in Georgia, used a major telecommunications carrier for years, but experienced issues with reliability, high costs, and a lack of service options. Switching providers led to improved bandwidth at lower costs.

According to Tom Stachowiak, Birch Communications’ senior vice-president and CTO, reliability held the most weight in the eyes of ASMI’s decision-makers, as well as upgraded disaster recovery (DR) strategies, continuity capabilities and backup systems. Birch also provided the organization with web hosting and Internet management services.

“Small businesses should be aware of the range of options (T1, EFM, and fiber) available on the market; they should thoroughly evaluate their current (and future) high-speed networking needs to determine the most appropriate service to support and sustain operations,” said Stachowiak. “But [geographic] location will always be a factor when determining a range of bandwidth options for a business.”

Many other companies offer small business network solutions. MegaPath, for example, provides a fully managed VPN with built-in, multi-layered security features. It also offers managed Wi-Fi, which gives companies a private wireless connection for employees and a public Wi-Fi hotspot for customers or guests, all on the same access points. MegaPath manages everything including service installation and configuration, as well as ongoing management and support.

“That lets small business owners and managers focus on their core competency and not worry about connecting their locations and employees or protecting their network and data,” said Matt Mayhew, MegaPath’s cloud services product manager.

You’ll find many national, regional, and local managed service providers (MSP) throughout North America. You can use them to offload some of the cost and burden of small business networking to a company that provides enterprise-quality networking services previously available only to large companies with their own well-trained internal networking teams.