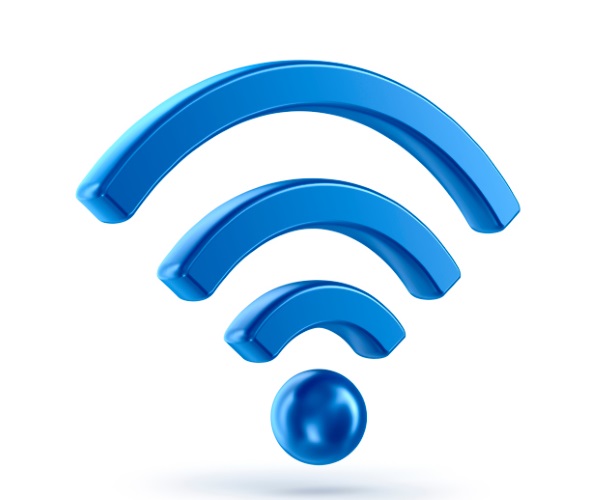 A couple of months ago we offered tips on how to improve security on a small business Wi-Fi network. This month we’re back with tips on how to you can improve Wi-Fi performance, often with minimal cost or effort.  Before we get to the tips, note that increased performance might mean faster connection speeds for your devices, greater range for your network, higher capacity (i.e. the ability to accommodate more devices at an acceptable connection speed), or some combination of the three. In some scenarios you may be able to improve only one or two of these characteristics.

We’re also going to use the term Wi-Fi “routers” throughout this article in reference to devices that broadcast a Wi-Fi network and also connect to the Internet by connecting to and/or integrating ISP-provided equipment. Depending on how you’re set up, your Wi-Fi hardware device may be best described as either a gateway (which usually integrates a cable or DSL modem) or an access point (which strictly does Wi-Fi.) In any event, most of these tips should apply to whatever type of Wi-Fi device you have.

Unless your office is in the middle of a cornfield, it’s probably not the only Wi-Fi network in the immediate vicinity, and when multiple Wi-Fi networks exist in a relatively confined space, they’re often locked in combat for access to the limited number of available wireless frequencies (a.k.a. channels—at 2.4 GHz, there are only three that don’t overlap). When two or more Wi-Fi networks fight over the same frequency, the result can be slow speeds and/or tenuous connections.

Any Wi-Fi-capable device will indicate what other Wi-Fi networks are operating nearby, but that’s about all they’ll tell you. To see which networks are using which channels (and may be overlapping with each other), use MetaGeek’s inSSIDer 4. This $20 diagnostic tool, which runs on Windows or Mac, clearly shows you which channels any nearby networks operate on and recommends the best channel to minimize interference for your network.

Other tool options include a $10 Android version of inSSIDer (sorry iOS users, Apple doesn’t allow such utilities), as well as a pricier ($249) and more powerful inSSIDer Office—designed for offices with multiple access points.  It comes with the Wi-Spy Mini USB spectrum analyzer, which can detect interference from radio frequency (RF) sources other than Wi-Fi networks (such as microwave ovens, cordless phones, Bluetooth devices, etc.).

Wi-Fi routers most commonly operate on the 2.4 GHz band. But if yours supports 802.11n and is of fairly recent vintage, there’s a good chance it features dual-band operation, which lets it broadcast Wi-Fi networks on both 2.4 and 5 GHz bands. (If you can’t determine dual-band capability from a label on the router, logging into the Wireless section of its admin console will tell you for sure.)

If your router supports 5 GHz operation and you’re not using it, you’re not getting your Wi-Fi’s full potential. Since an increasing number of Wi-Fi devices can operate at 5 GHz (not every laptop is 5 GHz capable, but many are, along with almost all mainstream smartphones and tablets), offloading compatible devices to a 5 GHz network can give them faster performance. That’s because 5 GHz Wi-Fi typically provides higher throughput than 2.4 (albeit at somewhat shorter range).

This also simultaneously improves the performance of remaining 2.4 GHz devices by freeing up capacity at that frequency. (Since Wi-Fi is a shared medium, available throughput gets split between all connected devices, so fewer devices connected to a given network generally means better performance for each device on that network.) As an added benefit, 5 GHz isn’t susceptible to outside interference the way 2.4 GHz is, and it has a much wider frequency band available (i.e. more non-overlapping channels), so 5 GHz networks are much less apt to interfere with each other).

Two caveats: You will need to reconfigure any 5 GHz-capable devices that were previously set to connect automatically to 2.4 GHz networks, otherwise they’ll continue to go 2.4 GHz as they see fit. Also, some dual-band routers (typically lower-end models) support dual-band operation but only have one radio, so they can do either 2.4 or 5 GHz, but not both simultaneously.

Simply placing a Wi-Fi router on a desk or—worse—under one doesn’t really allow it to perform at is best. For optimal signal strength a Wi-Fi transmitter needs altitude (or at least its antennas do) so it should ideally be mounted high up on a wall.

Similarly, if your Wi-Fi router is located next to a peripheral or exterior wall and it has a standard omni-directional antenna, it may not be covering your entire office space yet may be lighting up adjacent offices or outside areas. If so, moving it to a more central location, if possible, will help it cover more of the area you want and less of the area you don’t.

The standard omnidirectional antennas included with most Wi-Fi routers are ideal for most, but not all, scenarios. If you’re trying to cover an especially large or irregularly-shaped space, for example, a high-gain and/or directional antenna might be required.

If your Wi-Fi router uses one or more external mast-type antennas, they may be removable, and if so you just need to verify what kind of connector they use before buying replacements (which may be available from either the router vendor or from a third-party). Even if you have a model with internal antennas, there may still be a port for connecting an external one, so be sure to check.

This may not be the simplest or least expensive option, but it can make the biggest performance impact if your existing Wi-Fi router is getting a bit long in the tooth. New 802.11ac routers not only offer simultaneous dual-band operation by default, they deliver better throughput and range via improvements in technologies such as MIMO (Multiple In Multiple Out) and beamforming. They also better handle backward-compatibility with older devices compared to routers based on previous Wi-Fi standards.

Incidentally, receiving your office Wi-Fi through an Internet access device provided by your Internet service provider (IS)P does not prevent you from using your own Wi-Fi hardware. One option is to disable the ISP’s Wi-Fi and connect your own access point instead. Or, if you want to disable its routing capabilities as well (to use your own hardware), you can put your ISP-provided device into bridge or pass-through mode. (The process for doing this depends on the hardware model, but as an example here’s how to do it on a Comcast/Xfinity gateway.)

Joseph Moran is a technology writer and IT consultant who specializes in services for consumers and small businesses. He’s written extensively for numerous print and online publications, and is the co-author of two previous books on Windows.