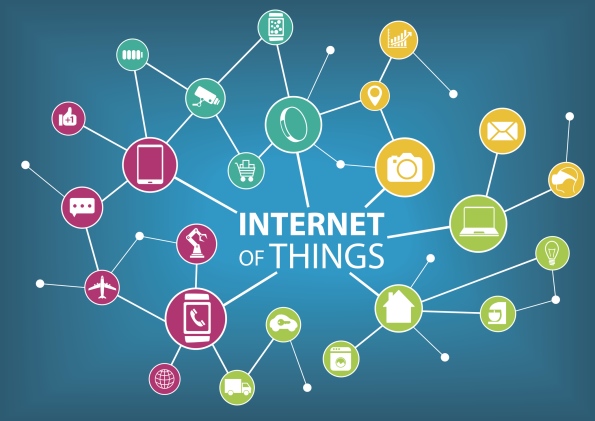 This article examines the recent Internet of Things (IoT) attacks and offers expert tips on how to secure IoT devices.

Last month on October 21, millions of people could not connect to websites like Twitter, Netflix, Spotify, Airbnb, Reddit, Etsy, SoundCloud and The New York Times—due to what’s known as a distributed denial-of-service (DDoS) attack. The culprit? Tens of thousands of Internet of Things (IoT) devices that contain wireless sensors to connect to the Internet. Hackers compromised cameras, coffee makers, web cams, DVRs, surveillance cameras, routers, anything they could get their hands on. And they used these devices—without their owners knowing—to unleash a flood of overwhelming Internet traffic that took down all these sites.

“The latest DDoS attack used connected devices such as smart refrigerators and thermostats,” said Frank Scavo, president of Computer Economics. “They flooded the network with a large number of transactions, until these websites were unable to process legitimate transactions.”

Understanding the Need for IoT Security

The IoT is the subject of tremendous hype of late. Analyst firm Gartner predicts that by 2020, more than twenty billion devices will be connected to networks worldwide. The vision behind this includes: smart traffic lights that don’t leave you idling at a junction for several minutes when nothing is coming the other way; coffee makers networked to the front door or to your phone so coffee is ready and waiting upon your arrival; and fridges that send reminders to order grocery items in short supply.

The problem is that every wireless sensor and each networked device represents a possible entry point for an attacker. And if hackers can use them to bring down the Web, how difficult do you think it will be to use them to infiltrate a small business network?

Unfortunately, most of these IoT devices contain little in the way of security features. If even when they do, they’re neglected. People never change the factory set password—such as 0000 or 1234—when they are installed, so millions of devices end up with the same easy-to-hack password.

“Hackers can use the IoT device to hop right into the network,” said Chris Coleman, senior engineering manager at VeeDog, a small business ransomware-prevention vendor. “Anyone using such devices in a small business could find their servers suddenly overcome by malware.”

He said that wireless Internet routers in small businesses are particularly prone to attack if they’re not well protected. But there are also known cases of business cell phones being hacked via the office coffee maker.

“A lot of devices out there have intelligent connections to the Internet that represent a real and persistent danger to your business,” said Coleman.

We spoke to security industry experts who offered their best IoT security tips to help you prevent your business from falling victim to an IoT attack. Here’s what they had to say:

Yes, our highly connected world can seem much too scary. One in 40 small businesses is at risk of a cyberattack, according to a Symantec report. This translates directly into dollars lost—the National Small Business Association found that, on average, cyberattacks cost small businesses more than $7,000.

“Businesses that have connected devices, such as smart-factory or smart-warehouse equipment, need to be aware of the threat and to make sure their devices have security protection,” said Scavo. “Otherwise criminals could take down your factory or your warehouse and demand ransom to get it back up and running.”

Such possibilities could cause some business people to yearn for the good old days when they never had to worry about hackers and malware. But it’s really not much different than moving from a tiny community where no one locks their doors to large city—where you have to change your habits and take sensible precautions.

“The risk is relatively small if a business takes basic steps to protect its network,” said Mike Bergman, senior director of technology and standards at the Consumer Technology Association.

Mankind successfully made the transition from a lower-crime agrarian existence into a higher-crime industrial world. The same can be done with the Internet of Things. Just as the benefits of industry were found to outweigh the many drawbacks, so it is with a more connected world.

“At the end of the day, we’ll see that the benefits IoT provides to the small business owners outweigh the cost,” said Sharif. “Life will go on.”

[Learn more: What the ‘Internet of Things’ Means For Small Business]