What the ‘Internet of Things’ Means For Small Business 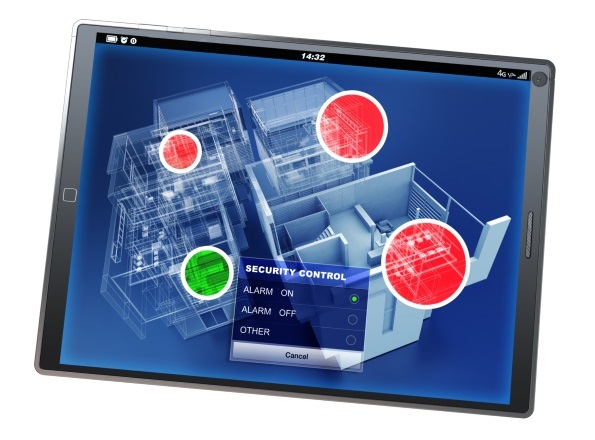 Twenty years ago, tech experts urged small businesses to get on the World Wide Web or die. Perhaps they overstated things a bit, but it certainly held true for many industries. Now the call is to get ready for the Internet of Things (IoT) or face extinction. Again, it may not apply to all fields, but it certainly does apply to many—and probably more than you think. So what, exactly, is IoT?

According to IDC, a leading IT analyst firm, IoT is a combination of sensors, networking, and analytics that can be combined to create greater production efficiency, better quality of life, and a higher level of automation. But just as the Internet revolution suddenly connected tens of millions to the network, IoT expands that reach to tens of billions.

“Wearable devices are the consumer face of the Internet of Things, and where recognition of IoT appears to begin,” said Turner. But he pointed out that the real opportunity remains in the business and public sector markets.

About 1.5 billion smartphones, tablets, desktops, and laptops that connect people to the Internet are sold each year. Yet this represents a small fraction of all connected devices. Currently, another 200 billion devices or things could be connected to the Internet, of which 14 billion are already connected. By 2020, IDC estimates that will soar to 32 billion. IT firm Cisco put the number at greater than 50 billion by that date.

Most of these devices operate without human interaction, for example, automatically gathering data from sensors and reporting it to the operator, business owner or manufacturer. The most obvious examples are happening at a personal level. People wear fitness bands that communicate with smartphones and cloud providers. Nest thermostats let you use your smartphone to turn on the air conditioning at home when you leave the office.

Big Business, IoT, and the Risk to Small Business

But small businesses should sit up and pay attention to the fact that big business is getting ready to adopt IoT in a big way. Companies like GE, major healthcare providers, and automotive giants have already taken strides in this direction. IoT makes it possible for them to remotely adjust equipment settings for better performance or to send a technician out to replace a failing component before the operator even notices a problem.

Another example is hospital rooms, which are filled with devices that track vital signs and alert the nursing station when something goes out of expected range. Transportation, too, is very much in the forefront of IoT. Cars with OnStar can report accidents, and they can be opened remotely. Similarly, truck systems monitor component health, maintenance schedules, and driver hours behind the wheel.

“Everything that GE builds, from a fridge to a jet engine, will be instrumented and dialing home to report their status,” said Paul Maritz, CEO of IoT software provider Pivotal Software.

These major corporations are investing billions to arm their equipment with sensors and erecting supporting systems that can analyze that information immediately and glean insight. The result: more efficient operation, lower fuel consumption, more responsiveness to changes, and more than likely, a lot of small businesses struggling to compete on an even playing field. In other words, David just came out onto the field and saw Goliath get a whole lot bigger, faster, and more intelligent.

Think for a moment about such items as package delivery, home improvement, and video rental. The giants like FedEx, UPS, Home Depot, and Blockbuster/Netflix used technology to kill off entire ecosystems of small businesses. The same could roll out again with IoT—unless small businesses stay informed, figure out how to use this knowledge to their advantage, and gain a foothold in the IoT game.

The Internet of Things includes, among many other items, sensors for monitoring business and home security.

Here are two examples of small businesses that have figured out to compete against Goliath by finding low-cost ways to incorporate IoT into their operations:

Valarm, a small business startup that specializes in monitoring systems, figured out how to add sensors inexpensively to many different areas. For example, it added sensors to a customer’s vineyard to detect freezes and to prevent grapes being ruined by cold temperatures. When temperature plummets, the sensors activate sprinklers that encase the grapes in ice, thereby protecting them.

The company figured out that it could use old smartphones, which cost them next to nothing, as mobile sensors. This reduced the cost of the sensor network at the vineyard to about one tenth of what it would otherwise cost. Not only does this let Valarm compete with larger rivals, but it lets small vineyards to hold their own against major vineyards that can afford more sophisticated systems.

Valarm also helps microbreweries—a thriving area for small business innovation—benefit from this approach. Lorenzo Gonzalez, chief software architect at Valarm, said it’s helping these firms to control ventilation and combat high levels of CO2. Another business use is to track buses, limos, trucks, and golf carts. Sensors track fleet location without small businesses having to adopt the expensive systems of their major rivals.

“The point is that it costs a few hundred dollars to get started with a sensor-and-mapping network rather than many thousands of dollars,” said Gonzalez.

RainMachine, another small business on the leading edge of IoT, targets home irrigation systems. “Traditional irrigation controllers are hard to setup and difficult to operate. These machines run primitive watering programs, and they’re known to be one of the most hated home automation devices,” said Andrei Bulucea, the company’s CTO.

His company figured out how to inexpensively combine sensors, smart phones, and up-to-the-minute localized weather data to program and automatically adjust sprinkler schedules to keep a garden healthy while eliminating over- and under-watering. Bulucea said this saves homeowners 25-to-50 percent on their water bills.

The Secret to IoT Success: Keep it Practical

The initial hype about IoT proposed refrigerators that told you the milk was about to go bad or when to reorder groceries. That looks about as useful as early Internet nonsense such as Donuts.com—you order donuts over the Internet, and they arrive next day. It never caught on.

The same nonsense about the Internet of Things will likely continue. No doubt more than a few firms—big and small—will come out with some ridiculous-sounding applications. The point is to keep your IoT plan practical, useful, and affordable.

After all, it costs money for sensors and software, as well as for processing and storing data. So it’s important to figure out how to justify those expenses by adding real value that people will be willing to buy.

Small businesses might be able to piggyback onto the IoT systems of larger firms. Just as whole networks of car dealerships, service repair firms, and home improvement outfits work in tandem with the likes of Ford, Toyota, and Home Depot, there are bound to be abundant opportunities for small business to assist the efforts of the bigger fish.

Take the case of a multinational electrical products giant Schneider Electric. It quite literally built a better mousetrap by adding sensors that tell you when a rodent needs to be removed. And instead of simply selling the mousetraps to hotels, restaurants, and homeowners, it sells a monthly subscription service. It turns out that a low monthly fee is more attractive than the fines or reputational hits suffered when city inspectors or food critics discover decomposing rats on the premises.

“The value is not in the device that traps rodents, but in the service of removing them once they are caught,” said Mark Smith CEO of Ventana Research.

But do you think Schneider is going to add tens of thousands of employees to service these traps? Not likely. They will need the assistance of local small businesses to deliver this service promptly. The same holds true in many other industries where IoT will be deployed by large enterprises.

“Cloud computing incited huge changes in IT markets and among traditional system vendors, but IoT promises even greater evolution and disruption,” said Charles King, principal analyst at IT firm Pund-IT. “If IoT market projections are anywhere near accurate, it will be a massive commercial opportunity that could transform the ways that businesses use and benefit from technology.”