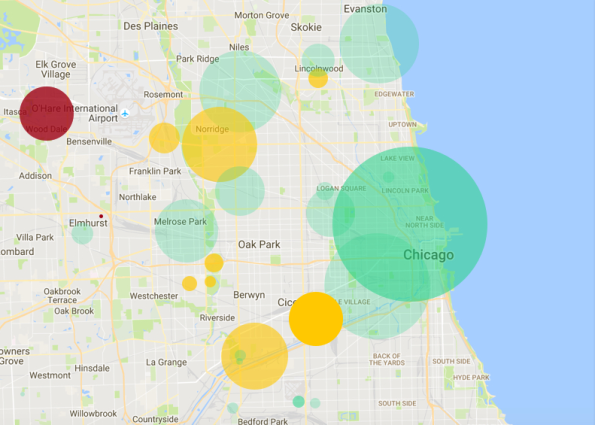 Spiceworks, the IT software tool provider and operator of the popular online community of tech experts, views getting the job done as a team effort, even if the entirety of your small business IT department boils down to just you.

During the company’s SpiceWorld conference here in Austin, Texas this week, the company announced new cloud-based networking apps that use the collective expertise of Spiceworks’ millions of members to make quick work of the toughest IT challenges. The apps are part of a broader mission to empower small and midsized businesses (SMB) IT professionals with an ecosystem of intelligent apps that learn, adapt, and ultimately take the “trouble” out of troubleshooting.

Today’s small business IT pros have their hands full, according to Tabrez Syed, vice president of products at Spiceworks. A lot rests on an IT administrator’s shoulders, particularly if she’s the only one charged with keeping an organization’s users happy and its business applications up and running.

Syed told Small Business Computingthat the world of IT is growing increasingly “complex and you need a combination of tools that give you data on what’s going on; information that helps you make sense of the data; and connection with other IT pros so that you can make the right choices in order to solve the problem you’re facing.”

Building on the set of free network monitoring tools Spiceworks released earlier this year, the company announced a new batch of apps —currently standalone, but integration is in the works— to enable advanced functionality. Among them is the new Internet Outage Heatmap.

The new Internet Outage Heatmap uses anonymous crowdsourced data from the Spiceworks community to identify widespread outages. As its name suggests, it generates a color-coded heatmap based on Google Maps, helping IT pros determine the severity of outages caused by freak weather, distributed denial of service (DDoS), and other mishaps.

Built-in filters help IT admins pinpoint connectivity issues to a particular Internet service provider (ISP), which over time can reveal if they persistently deliver subpar service. That information can help organizations make better decisions about whom to trust with their Internet connectivity.

Spiceworks’ Internet Outage Heatmap represents the direction the company’s intelligent app ecosystem is headed, said Syed. He described the first time he used the heatmap to explore ISP outages in Google Maps—thanks to the intelligence gathered from his company’s community—as a jaw-dropping experience, he said.

When the heatmap sprung to life, he thought, “oh my God, this is how it should be. It should be seamless; it should be integrated; and I should get my answers” without launching into a full-blown investigation of the problem.

What’s on My Network?

Spiceworks’ new IP Scanner (currently in beta) unmasks all the devices that reside on an small business’ network. No IP-enabled device (PC, smartphone, tablet, printer, and more) escapes its attention, even if it’s buried deep within a subnet.

Though it’s tough for Francois Caron, director of product management at Spiceworks, to pick a favorite among the new apps, IP Scanner stands out because it “answers the most fundamental question, what do I have connected to my network?”

In moments, IT pros can see which devices they’re responsible for, sometimes under dubious circumstances. “Having a quick, snappy, reliable answer to this question” lays the groundwork for a happy and productive network free of uninvited guests, he said. 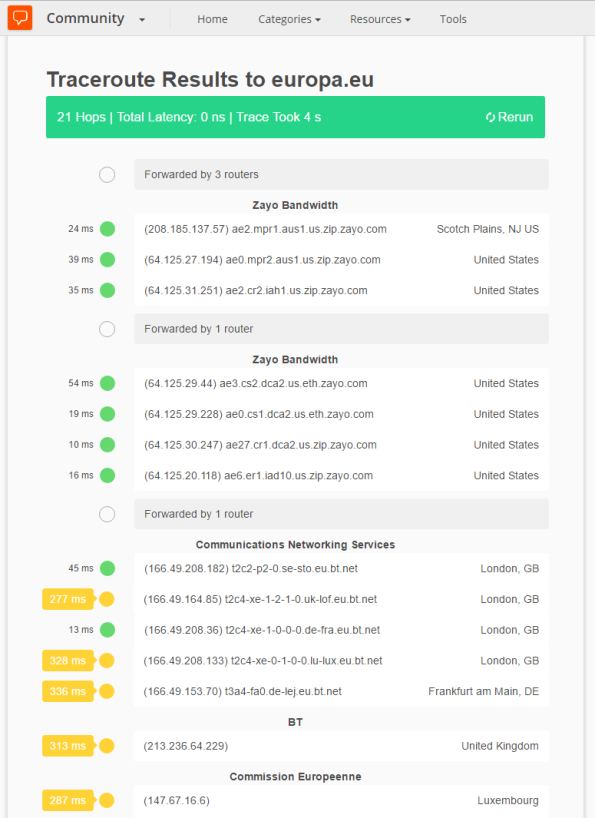 And a new trio of Spiceworks apps helps IT pros determine if their Internet traffic is flowing safely to its intended traffic.

The new Traceroute tool is an evolution of the well-used “tracert” command that IT admins often use to “ping” a website. Lately, however, some networks are configured to not respond to pings as a security measure, causing tracert to fail. Using TCP SYN packets, Spiceworks’ tool sidesteps these roadblocks and generates a detailed description of the route an internet packet takes to its final destination.

The SSL Checker helps businesses ensure that their Secure Sockets Layer (SSL) certificates are valid, a crucial requirement for secure websites. The tool can also let administrators know when their certificates are about to expire.

The new Website Down Checker reports on the availability of a selected websites, helping administrators determine if the problem originates on their network or the target website.

Finally, Spiceworks announced that its agent — installable software that enables the Spiceworks platform to keep tabs on end-user systems —is no longer a Windows-only affair. Soon, the company plans to also offer versions for Mac and Linux.