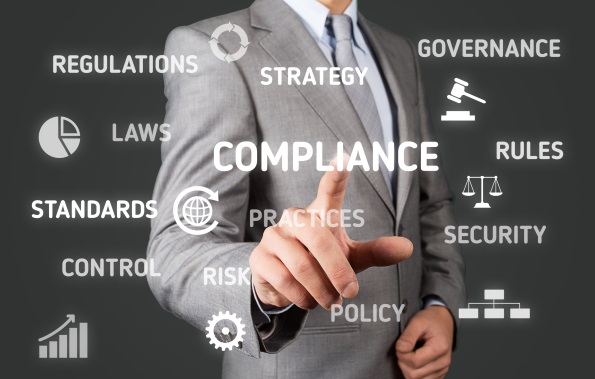 Regulations are a fact of life for business owners and, in that respect, 2016 promises to be an interesting year.

This year, small business owners are monitoring the U.S. regulatory landscape with “a lot of interest and some anxiety,” Mike Trabold, director of compliance risk at Paychex, the payroll services company, told Small Business Computing. “There’s a certain wariness out there,” he added, noting that some small firms fear being buried under new rules that will distract from their goals and force them to react in ways that can slow down growth.

That uncertainty can take its toll but, in Trabold’s experience, entrepreneurs can handle it. “Business owners are pretty resilient,” said Trabold. Nonetheless, “they like knowing what the rules are going to be and that they’re going to be stable.”

Forewarned is forearmed, as the old saying goes. Recently, Paychex released its list of Top 10 Regulatory Issues Expected to Impact Businesses in 2016.

Here are the top three issues that Trabold says small businesses should keep on their radar as 2016 rolls along.

As early as this spring, the U.S. Department of Labor may finalize its new overtime pay regulations, forcing many small business owners to evaluate how they classify their workers and manage their attendance.

The new rules have “the potential for a pretty direct bottom-line impact,” Trabold said. In short, the new rules can potentially expand the number of employees that qualify for overtime protection—currently set at 1.5 times the regular hourly wage when non-exempt employees work more than 40 hours in a workweek, according to federal regulations.

The Department of Labor’s proposed rules would set a minimum salary level of roughly $50,440 per year to exempt employers from paying overtime. Fast food outfits and small retailers where several workers are “designated as managers but are paid very little” may feel the biggest effects, said Trabold.

“Restaurants, daycare facilities manufacturers, and other companies that tend to have many managers and other salaried employees who earn more than $24,000 a year but less than $50,000 could face the largest cost increases due to the proposal, experts say,” noted Paychex in its analysis.

In 2016, many small businesses will deal with the “variations around employee pay” and the complexities therein, said Trabold.

Local regulations relating to minimum wage increases, equal pay, and paid sick leave will complicate the human resources operations at many small businesses, particularly those that operate in more than one state or municipality. In New York for example, there’s an industry-specific minimum wage increase for fast food workers (to $15).

The list of states and cities enacting paid sick leave laws can affect companies that set up shop in more than one state, particularly those that have taken a bi-coastal approach to driving growth.

With the rise of the “gig economy,” spearheaded by companies such as Uber, Lyft, and Airbnb, the U.S. Department of Labor is taking a good hard look at how businesses classify their workers, said Trabold.

Trabold suggests that businesses get caught up on labor laws and keep an ear to the ground. “Every week we see one of the states come out with a big enforcement action or announce plans [to launch a review],” he said. For example, Louisiana said it was launching an initiative focused on independent contractors working in the state’s oil production companies and refineries.

Labor law is a “very nuanced area,” cautioned Trabold. Navigating it correctly requires strict adherence to the U.S. Department of Labor and Internal Revenue Service (IRS), along with good payroll and tax systems, he said.

Pedro Hernandez is a contributor to the IT Business Edge Network, the network for technology professionals. Previously, he served as a managing editor for the Internet.com network of IT-related websites and as the Green IT curator for GigaOM Pro. Follow him on Twitter @ecoINSITE