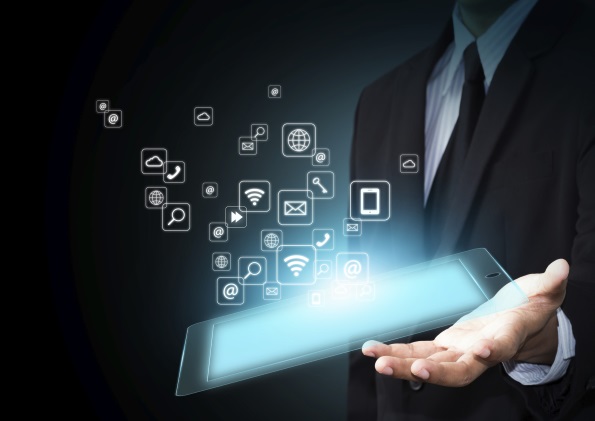 Given the wealth of software available to today’s small businesses, cobbling together a handful (or more) of apps for work purposes is a trivial matter. But do those apps work with you or against you?

Low-cost, off-the-shelf apps make it easier than ever for business owners to embrace mobile collaboration, manage files, and keep an eye on their finances. Those benefits are undisputed. Yet, with that ease come some productivity-sapping downsides that make putting one’s faith on third-party apps a risky proposition.

Whether due to an update that causes compatibility issues or to the mental toll taken by “context switching” between apps, a person’s workflow can come to a crashing halt after downloading software from an app store. And as in life, there’s rarely a one-size-fits-all answer to a company’s software needs. People often resort to copying-and-pasting data between apps to get the job done.

The new State of the Custom App Report (registration required) released today by FileMaker, the Apple-owned database application platform, suggests that the custom app route is the way to go.

In the wake of the mobile- and novice-friendly release of FileMaker 14 last year, the company studied the custom-app usage patterns of its customers from July through September 2015. The results make a good case for exploring the idea of rolling out apps that are created with a specific company in mind.

“Seventy-four percent saw an increase in productivity,” Ann Monroe, senior director of marketing, for FileMaker, told Small Business Computing. “There have been meaningful changes for these companies who have embraced custom apps.” Most of those companies, Monroe added, fall into FileMaker’s sweet spot—small businesses or small teams within larger organizations.

Instead of wrestling with trying to make apps fit their business processes and workflows—or the other way around—many small businesses find success with apps adapted specifically for how they operate. “They’re constantly unlocking the productivity of their small business,” said Monroe. “Custom apps have helped them to fulfill their passion.”

In the true spirit of entrepreneurship, businesses are taking a do-it-yourself approach to custom apps, Monroe said.

Small business owners “are empowered, and they can do it themselves,” she said, adding that often they can create an app quickly. Eighty-two percent of businesses with custom apps developed them internally, FileMaker found. The rest generally rely on outside professional developers and coding services.

Monroe acknowledges that not every small business owner has the heart of a developer. Nonetheless, she encourages entrepreneurs to give it a shot. “They have this amazing subject matter expertise,” she said. The trick is “translating that subject-matter expertise into a custom app,” which is possible today with beginner-friendly platforms, including FileMaker.

And there’s good news for businesses that need their apps in a hurry. Custom app projects seldom get stuck in development hell. In fact, 52 percent of custom apps took less than three months to build, according to the report.

Ultimately, most custom apps have a positive impact on the bottom line. Sixty percent of businesses using custom apps have seen a return on investment, according to the study. In some cases, the “return more than doubled,” reported Monroe.

Other perks include reduced data entry errors (71 percent), an 84 percent reduction in inefficient tasks, and improved field and customer service delivery (63 percent). Plus, they support mobile work styles. Nearly half of all custom apps (49 percent) are used on an iPhone or iPad.