The Rise of the Small Business Cloud 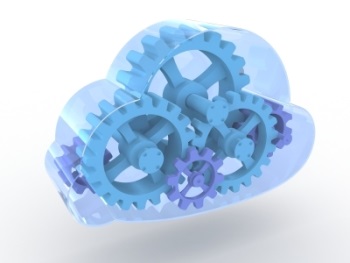 Small businesses in the United States are on the verge of a major tech transformation, according to new research from Intuit, the Mountain View, Calif. tech company best known for QuickBooks, TurboTax, and its growing cloud-based business software ecosystem.

A study conducted by Nielsen Consumer Insights on behalf of Intuit found that 37 percent of U.S. small businesses are currently adapted to the cloud, relying on cloud software and services as part of their critical work processes. By 2020, Intuit predicts that the majority of American small businesses, an estimated 78 percent, will be cloud-adapted.

“Small businesses are moving slowly and surely to the cloud,” Avi Golan, vice president and general manager of the Intuit Developer Group, told Small Business Computing during a recent interview. In fact, practically the entire software industry, his company included, is in the midst of a “big transformation [from] the desktop and PC into the online space.”

In the Intuit-backed survey of 504 small businesses in the U.S., Nielsen discovered that when it comes to running their companies, entrepreneurs are nothing if not adaptable.

By 2020, Intuit predicts that the majority of American small businesses will rely on cloud computing.

“The average small business owners spend four hours each day online to run their businesses,” remarked Golan. It’s a “stunning” statistic that demolishes the myth that small business owners are wedded to their tried-and-true PC-based solutions and don’t trust the Internet to deliver the software and services required to be productive and grow their companies.

Today’s forward-looking startups and small enterprises have come to rely on the rapid pace of innovation provided by the cloud. They are no longer stuck using last year’s software. Instead, cloud providers generally provide a year-round steady drip of performance updates, usability improvements and productivity-enhancing features, along with app marketplaces that can extend a platform’s capabilities.

Balancing the Books on the Cloud

A majority of small businesses (65 percent) depend on the cloud for their back-office needs, like bookkeeping and accounting, the survey revealed. While the cloud’s number-crunching capabilities may impress, adoption is being driven by mobile workforces, said Golan.

“Nearly half, 43 percent, of small business owners use a smartphone as the primary device to run their operations,” Golan noted. “They want to access data in a convenient way, from anywhere.”

Sixty-five percent of respondents said they use the cloud for invoicing and accepting payments. Fifty-eight percent manage their customer relationships, and 48 percent use the cloud to communicate with employees and business partners. Finally, 35 percent count on the cloud for their marketing and advertising.

Work Together or Fall Apart

Employees that don’t collaborate and work as a team can doom a small business to failure. The same can be said about a company’s software ecosystem.

“The average small business uses about 18 applications to run their business,” five to eight of which are critical to their operations, Golan said. Just don’t expect users to jump through hoops in an effort to get them to work well together, he said in a warning to small business software developers.

Eighty-one percent of those polled said seamless software integration was important to them. Importing data, converting files and duplicate data entry are time-sucking activities best left in the past. Today’s users want to manage their businesses, not their data.

No matter how seemingly innovative, standalone business apps face a bleak future. “If they don’t talk, it just doesn’t make sense,” said Golan—an attitude his own company takes to heart.

According to Golan, Intuit’s Apps.com marketplace illustrates the company’s “cooperative” approach to business software, in which developers—and former rivals like PayPal—are joining forces to help small businesses find success. “When we started to talk to our customers, the long-term value of the solution was integrating into QuickBooks though partnerships,” he said.

The result, he said, is an online ecosystem of hundreds of interoperable apps that work seamlessly together and “connects more and more solutions to solve small business challenges,” said Golan.