The Most Flexible Laptop for Small Business 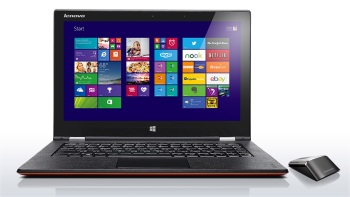 If you are like most small business owners, your laptop is indispensable. You also like the idea of a tablet for business use, but recognize you’ll still need a full-fledged PC to get work done. You can try to juggle both, or you can buy one device that is both.

That’s the idea behind Lenovo’s Yoga line of “convertible” Ultrabook notebooks: the Yoga 2 Pro (with a quad-DH touchscreen geared toward entertainment), the Yoga 2 11 (a compact notebook with an 11-inch touchscreen) and the Yoga 2 13 (with a 13.3-inch touchscreen). Each ultrabook features a pair of trick hinges that allows you to open the lid not just 120 degrees like a traditional laptop, but a full 360 degrees. That puts the back of the screen flush with the underside of the base so you can use the touchscreen as a tablet.

Figure 1: The Yoga 2 13 looks and functions like any sleek, modern Ultrabook.

We tested the latest entry, the Yoga 2 13, which improves on the original Yoga convertible notebook with a better screen, a faster processor and a lower price. In fact, with a starting price of $899 (we’ve seen it even lower on sale), the Yoga 2 13 is priced competitively with standard Ultrabooks that don’t flip-and-fold into a tablet, so you’re getting a darn good notebook with a tablet personality as a bonus.

As a traditional laptop, the Yoga 2 13 has a lot going for it. The brushed-aluminum enclosure looks sharp and adds to its durability, and the device is a scant 0.65-inches thick. The two most important aspects for day-to-day usability—the screen and the keyboard—are top-notch. The 13.3-inch LCD is very bright and delivers a sharp image thanks to its 1920 x 1080 resolution (that’s full 1080p HD in TV parlance).

The panel’s LED backlight cuts down on power usage while also upping contrast, so colors really pop. The panel also features in-plane switching (IPS) technology, which means a wide viewing angle from any direction; inferior panels will show a color shift if you are out of the viewing sweet spot. Simply put: PowerPoint slides, photo images and video look terrific.

As a result of the 1080p resolution, on-screen text and other elements, when displayed at default sizes, are a touch small (especially if your eyes are over 40). But Windows lets you quickly increase text size by right-clicking on the desktop, selecting Screen Resolution from the pop-up menu, and then selecting Make text larger or smaller. And if that’s still not enough, you can zoom in any application by spreading two fingers apart while touching the screen. In daily use, we found the touchscreen to be very responsive. It accurately interpreted our input for on-screen taps, and scrolling up and down on Web pages with a simple swipe was a pleasure.

You also won’t find much better a keyboard on an Ultrabook than this one. It’s full-size, with well-spaced keys that have a comfortable feel (you won’t find that with most add-on keyboards available for tablets). The keyboard features a backlight that glows through the keytops, so you can identify the keys in a dimly lit room.

And while many laptop makers have done away with offering dedicated buttons for volume/mute control and the like, Lenovo has kept those without requiring a bunch of extra buttons: The traditional Function-key row (above the number keys) serves this purpose. The primary functions of those keys—accessible with a single touch—are volume up/down, mute, screen brightness up/down, airplane mode on/off, and so on. On those rare instances when you do need to invoke, say F3, then you hold the Fn key and press F3.

Processing power for the Yoga 2 13 comes from the latest-generation Intel “Core I” family of chips. Models priced in the $900 range come with a Core i5 4200U processor with 4GB of RAM, a configuration which should be fine for most business tasks. If you need more performance, you can step up to a Core i7 processor and 8GB of RAM for around $1,050. All models offer the same Intel HD Graphics 4400 chip for screen rendering. Again, that’s fine for business purposes, as long as you don’t expect to play Titanfall when you finish work. 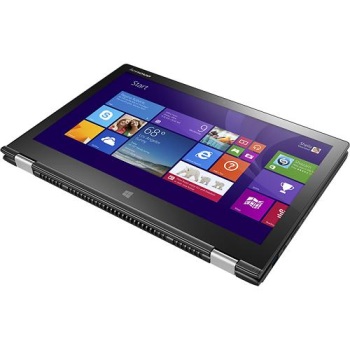 Figure 2: Fold the screen all the way around, and you wind up with a 13-inch tablet, complete with a touchscreen.

As for other features, entry-level Yoga 2 13 models come with a 500GB hard drive that is augmented with a 16GB solid state drive (SSD) that Windows uses to cache files for speedier access. If you want all your apps to run like they are on flash memory, sacrifice some storage space and order the pricier configuration with a 256GB SSD. SSDs also have the reputation of being almost crash-proof, so if you tend to be a little rougher with your laptop than you ought, the extra money is well spent. Just be prepared to invest in an external hard drive to offload files if the on-board storage isn’t enough: As with most Ultrabooks, the Yoga 2 13 does not include a built-in CD/DVD drive.

Also as with most ultra-slim laptops these days, there’s also no removable battery. The 6-cell lithium-ion battery is sealed into the unit, so you won’t be able to pop in a charged battery when the primary battery runs low of juice. That said, we saw anywhere from 6 to 8 hours of runtime per charge as we used the Yoga 2 13 in our daily routine (being mindful to put it to sleep when not in use), which should get you through even a long day of traveling before you’ll need to plug in.

Another trend among slim ultraportable notebooks that the Yoga 2 13 follows—a trend we don’t love—is to include only a basic set of ports. On the edges of the machine you’ll find a USB 2.0 port, a USB 3.0 port, a headet jack, a memory card slot and a micro-HDMI port for connecting an external display device. There is no VGA-out port for connecting to an older projector or monitor; and if you need wired Ethernet to augment the built-in 802.11b/g/n Wi-Fi, you’ll need to carry a USB-to-Ethernet adapter.