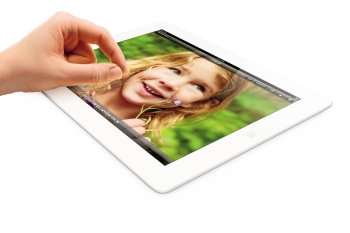 If you’re in the market for a new mobile computer, there’s a good chance you’re considering a tablet in lieu of a traditional notebook. If so, you’ve got a lot of company—sales of both notebook and desktop PCs are sliding. IDC projects that tablets will outsell notebooks worldwide this year and, by 2015, they will surpass the sales of notebooks and desktops combined.

There’s a wide variety of tablet models (with dozens of variations) on the market, and that’s both a blessing and a curse because there’s a lot more to think about when choosing a tablet than a notebook.

Figure 1: Apple’s iPad is the granddaddy of all tablets.

Let’s review some of the reasons you might (or might not) opt for a tablet as your next mobile computing device, as well as five important factors to consider when you do.

Why Choose a Tablet?

It’s not hard to see why tablets are so popular, mainly for their high degree of portability—they’re compact, light (usually 1 to 2 pounds), turn on more or less instantly, and most can comfortably provide 8 to 10 hours of battery life.

On the other hand, tablets have relatively small displays (most are 10 inches or less), require extra accessories such as cases and keyboards to enhance ergonomics and productivity, and they don’t provide anything close to the processing power or storage capacity of a conventional PC. On top of that, tablets can easily cost as much as a notebook, and often more. (Tablet prices generally range from $200 to well over $1,000 depending on model.)

So tablets aren’t for everyone, and if you’re buying one for business use—even though you’re probably not doing so solely for work purposes—you’ll need it to do more with it than browse the Web, play games and watch movies.

If you still think a tablet might make sense for your mobile small business needs, here are four more categories to consider.

The first and arguably most important decision you’ll have to make is which OS your tablet will use. iOS, which underpins Apple’s iPad and iPad Mini, is arguably the most user-friendly tablet OS, and it boasts an enormous selection of apps for both business and pleasure. Plus, Apple curates the apps to keep them on a tight leash when they’re running on your device. This minimizes technical problems or inadvertently downloading malware along with your apps.

Google’s Android, which can be found on the company’s Nexus 7 and Nexus 10 tablets, as well as on third-party offerings such as the Samsung Galaxy Tab and HP Slate 7 16G, boasts more features and customization flexibility than iOS. (As we were preparing this article, Apple previewed its forthcoming iOS 7, which purports to address many of the operating system’s shortcomings relative to Android.)

The number of apps available for Android is roughly on par with what Apple offers for iOS, but Google doesn’t monitor its app store offerings nearly as well as Apple. Thus, the potential to download something nasty is higher with Android than with iOS. 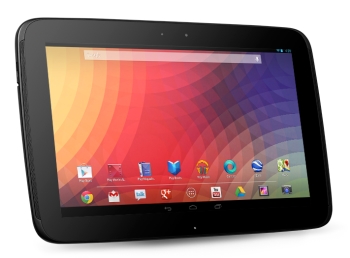 At this point it’s worth noting that a fair number of the apps available in Apple’s and Google’s respective stores aren’t designed for tablets but for smartphones. Such apps usually run just fine on a tablet, but they don’t take advantage of the extra screen real estate—they just scale up to fill the larger screen.

Windows RT, Microsoft’s answer to iOS and Android, and can be found on the company’s Surface RT as well as on certain third-party models like the Dell XPS 10 and Asus VivoTab RT.  Windows RT looks a lot like Windows 8, and it even comes with a version of Office 2013  (which, by the way, does not currently include Outlook, but that’s coming later this year).

The rub is that Windows RT isn’t compatible with Intel processors, so it can’t run existing software designed for Windows notebooks and desktops—only Windows tablet-specific apps from Microsoft’s Windows Store. That can be a problem, because as of this writing the Windows Store had only a bit over 85,000 apps available, and while that may sound like a lot, Apple’s and Google’s respective stores are each closing in on 1,000,000 apps.

The upshot is that many apps for iOS and Android don’t have corresponding Windows versions, and due to this relative paucity of native apps, Windows RT is best suited for people who don’t need much more than basic features—office productivity, Web browsing, and perhaps videoconferencing (via Microsoft-owned Skype).

Finally, Windows 8—the same Windows OS that runs on notebooks and desktops—also comes on tablets such as Microsoft’s Surface Pro and a host of third-party tablets and tablet/notebook hybrids also known as convertibles. With detachable touch screens plus standard keyboards and pointing devices, convertibles try to provide the best of both worlds. They can be a good choice if you need to run a lot of conventional Windows software, which of course is not designed for touch screens.