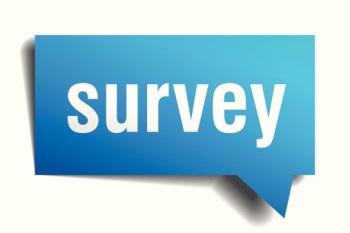 Bruised by a fickle economy, small business owners are finally seeing the light at the end of the tunnel according to the sixth annual Brother Small Business Survey conducted by Wakefield Research.

A slim majority of respondents, 54 percent, said they were now interested in “investing more in their business instead of stockpiling cash,” John Wandishin, Brother’s vice president of marketing, told Small Business Computing. It’s an 18 percent improvement over 2010, when businesses were still reeling from the financial crisis.

“The storm clouds are moving away,” said Wandishin, adding that in general, entrepreneurs are “cautiously optimistic” optimistic about their prospects. Wakefield’s survey polled 500 owners of U.S. small businesses with fewer than 100 employees.

Brother’s study spells good news for technology vendors, particularly cloud computing companies in tune with what small businesses look for from their IT solutions and services providers.

Sixty-seven percent of survey respondents said they were investing in technology this year. Seventy-one percent said they expected technology to offer a bigger return on investment than would new employees (29 percent). And unsurprisingly, many are finding IT success in the cloud.

Among those polled, 62 percent use cloud computing services. A whopping 95 percent of them reported that the cloud has benefited their businesses in some way. Specifically, 69 percent said the cloud gives them easier data access, storage and analysis. Thirty-four percent felt the impact on their bank accounts in the form of cost savings.

“Cloud is an option they have to consider,” said Wandishin. “It definitely gives them a productivity opportunity.”

Yet, before flocking to the first cloud provider they see, Wandishin recommends that small business owners take a good hard look at their specific requirements and weigh any compatibility issues that may arise from a potential transition to cloud-enabled IT.

Just as with traditional PC and server environments, there is “no one size fits all” cloud solution, said Wandishin. Not only should a software-as-a-service (SaaS) or cloud file sync-and-share offering just plain work, it should also align with a company’s requirements and goals.

While evaluating cloud providers, it’s also a good time for small businesses to assess their own work styles, how they conduct business, and then seek ways to improve them. “You can’t expect technology to make up for a bad process,” Wandishin said.

A significant number of small business owners (33 percent) already plan to invest in the Internet of Things (IoT).

Small business owners are “finding that the Internet of Things is becoming more pervasive in their lifestyles,” Wandishin said. As they experience the impact of IoT technologies like smart thermostats, appliances and automotive tech, he said it’s only natural for entrepreneurs to consider the potentially beneficial impact to their own businesses.

Make room for Apple Pay and other mobile-friendly ways to settle the bill. Thirty percent of respondents said they would start accepting mobile payments from customers within the next year.

In terms of mobile productivity front, 56 percent of small business owners said they use mobile apps. The most popular include office document (35 percent), invoicing (20 percent) and payroll (18 percent) apps. Inventory tracking (17 percent) and cash flow (13 percent) apps round out the top five.