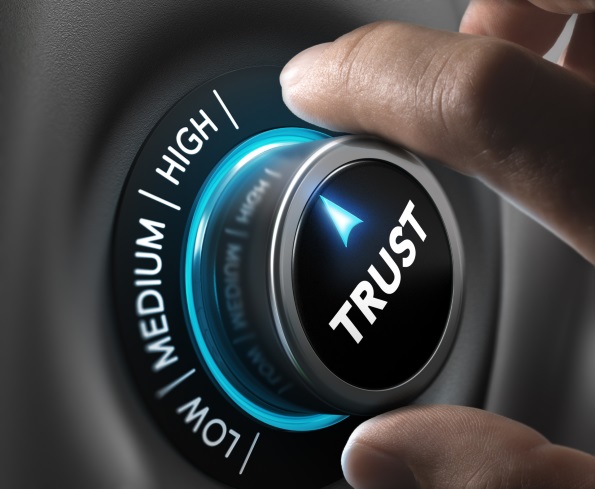 Building trust can a tricky thing in the business world. Fighting a healthy undercurrent of skepticism from professionals, technology providers really have to deliver on their promises if they want repeat customers. Naturally, some tech companies are better at it than others.

WordPress, used by countless small businesses to launch their blogs and websites, is the most trusted technology provider. That’s according to 6,000 members of Alignable—a small business social network that just released a new report called The SMB Trust Index report.

The report is the first to publicly rank the Net Promoter Scores (NPS) of technology companies that serve the small business community. With a score of 73, the WordPress content management system topped the list for the fourth quarter of 2015. To the delight of entrepreneurs seeking economical ways to grow their businesses online, the WordPress platform “proves ‘free’ doesn’t always mean ‘junk,'” observed the report.

Eric Groves, Alignable’s CEO, said the first-of-its-kind list can help buyers make better technology decisions by filtering out the noise. “Every week [small business owners] get 17 calls from someone trying to sell them something,” he said. “It’s overwhelming.”

Alignable based the SMB Trust Index on the experiences—both good and bad—of fellow small business owners, said Groves. It also exposes some staggering differences between the Net Promoter Scores that some technology providers use to promote themselves, and what small businesses truly think about them.

Groves noted that OnDeck, the business-loan services provider, reported a lofty internal Net Promoter Score of 73. According to the Alignable community, however, OnDeck sits near the bottom of the list with a -50.

Small businesses still “like,” but they aren’t in love with Facebook. The social media giant’s NPS score is 24; not a terrible showing, but hardly a rank befitting a company that purports to champion small businesses.

Groves said Facebook’s decision to strip non-paid posts from users’ timelines have somewhat soured small business marketers to the platform. “Facebook did itself a disservice,” Groves said. “It didn’t help small businesses through the transition, and it lost a lot of trust.”

Facebook needs to work to rebuild that trust. Groves suggested that the company “invest in helping small businesses understand the power of Facebook.” Tossing in some perks could also earn back some trust. “It’s going to have to give something back for free,” like a handful of boosted posts and other promotional offerings.

Facebook’s dilemma is laced with irony. Of all companies, it should be aware of how social networks are rewriting the rules of branding and marketing.

On social media, “ownership of your brand shifts from your business to the customer,” said Groves. People will share their unvarnished experiences with a product or brand, regardless of how carefully vendors calibrate their messaging. It’s a lesson all businesses should learn, he added. “Brand marketers need to figure out how to participate in this transition.”

GoDaddy, “the patriarch of SMB websites,” outranked Facebook with a score of 26 according to the report.

“That caught me off-guard,” said Groves. Today, in the age of drag-and-drop website builders, the fact that GoDaddy ranks among other small business favorites—including PayPal, QuickBooks, and Shopify—is a genuine surprise.

Groves said that GoDaddy earned its relatively lofty position on the index by sticking to a decidedly old-fashioned business fundamental, namely “wonderful customer service.” Small businesses place a higher value on customer support than they do on the ability to slap together a website in mere minutes.

Other top-ranking brands include Authorize.Net, MailChimp, Google, Square, and Hootsuite indicating that these companies know what small business owners look for in technology providers. Groupon and Yelp were the two least favorite brands with scores of -65 and -66, respectively.