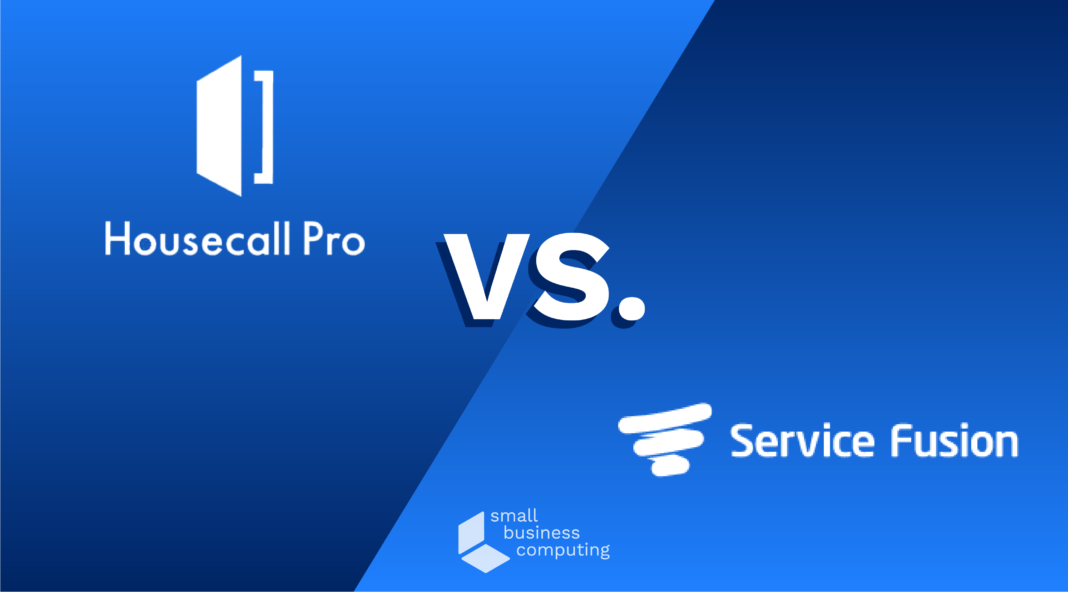 Housecall Pro is aimed at the out-on-the-road SME market like HVAC installation, maids, maintenance, plumbing, and other field service industries. It comes as both a browser-based software and as a mobile app, and a strong point of differentiation from its competition is that the software was built for a mobile-first world. In many cloud-based field service management (FSM) applications, mobile apps are often an afterthought, haphazardly put together and glitchy, as if the publisher wants to discourage you from using it in favor of the cloud platform. By contrast, the Housecall Pro app is as simple and easy to use as the browser UI and contains all the same critical features that work just as well.

And in this case, those UIs are well designed and lead deeper into your data without much fuss. The dashboard is split into blocks that show elements like sales leaderboard, upcoming tasks, estimates still in the air, unpaid and paid invoices and custom reporting tools. You can also customize the layout by clicking and dragging blocks elsewhere or adding or removing others to suit your needs.

It’s a fairly heavy investment for the smallest of SMEs, with the lowest service tier costing $65 per month ($49 per month if you pay annually), and several features you might consider essential cost more still – or are only included in more expensive plans – so it suits a business that’s already up and running and enjoying good cash flow.

Service Fusion is suited to a bigger operation of up to a couple of hundred users. That’s because the software simply costs more, but there are also plenty of features that aren’t as applicable to start-ups or companies with only a few staff. Those extras cost money – the lowest tier plan is over twice the entry level plan from Housecall Pro.

Overall the interfaces in Service Fusion aren’t as user friendly as those of Housecall Pro. The desktop version is visually more cluttered, the pathways to access certain content or functions less obvious, and the pipeline to move through job details on the app version isn’t as intuitive as it could be.

One user review commented that the layout of Service Fusion’s functions on the desktop version is pretty flat and uninspired, little different from what you’d see written on a paper address book or day planner, which makes the cost a little hard to justify.

Major features in common for Housecall Pro vs. Service Fusion

A good rule of thumb for selecting an FSM platform is to make sure it contains everything you’d normally have in your calendar or planner, accounts system, and address book.

Both Housecall Pro and Service Fusion have billing and invoicing, a customer contact database, job costing and estimates and time clocks as a bare minimum. As pro tools they also offer extended functionality that will suit several different areas of business depending on your industry.

Both tools have advanced job management, which connects you to all the details of a live job from the customer and their job history to the staff you’ve assigned.

If you manage a fleet of vehicles and lots of equipment assets, Housecall Pro and Service Fusion also have features to track their location and usage. These tools give you the added benefit of knowing where your assets can be found. It also offers a further advantage many people don’t think of: you can use these tools to audit equipment and depreciate it based on its use for your tax return. And when tax time comes around, they both integrate seamlessly into QuickBooks to make accounting and tax preparation easy.

These two FSM solutions target different company sizes with different needs. This means that Service Fusion, which is designed for larger businesses, has several features that you just won’t find in Housecall Pro.

Service Fusion has a unique function in its ability to keep track of your vehicle fleet using GPS signals built in. It costs extra, but it’s one of the reasons the platform suits a larger organisation – if you have a large enough fleet to warrant spending money on the feature it may be money well spent.

Service Fusion also has a full CRM suite rather than just a customer database feature. That means rather than names, phone numbers and addresses, you can create, edit and track records around multiple customer locations. The CRM will also let you set communication preferences, add billing terms, keep track of referrals if you want to reward them, and store other documents like pictures of a service location.

The ability to capture and store images directly from a phone or handheld device is part of the core system, so you don’t have to juggle taking a picture, converting it to a file, emailing it to a database, and the manual work involved with keeping them all straight..

Service Fusion also connects directly to your payroll software so tracking and paying on-call staff or contractors is seamless. And the payments engine means you can accept and process customer payments at the appointment rather than just taking down details to charge later.

Both the size of your organisation and how established you are will dictate which product is more suited to a large extent. Extra features in either platform – even ones you have to pay extra for – might be important if you’re in a growth phase. For instance, you might not have concerned yourself with the ability to track a vehicle fleet, but if you’ve grown so fast you need to add five service vans to your business overnight, suddenly it will be mission-critical.

But if you’ve reached a certain level of complexity there are certain elements of field service management software like a fully functioning CRM and mobile image capture, that you’ll probably already have locked in with other providers, letting you spend less on FMS and instead integrating it with systems you already have.

Drew Turney
A graphic designer and web developer by trade, Drew capitalised on his knowledge of technology in the creative field to launch a freelance journalism career, also specialising in his other passions of movies and book publishing. As interested in the social impact of technology as he is the circuitry and engineering, Drew’s strength is observing and writing from the real-world perspective of everyday technology users and how computing affects the way we work and live.
Previous articleLearning Management Software for Small Business
Next articleLMS Software Comparison: Skillshare vs Udemy