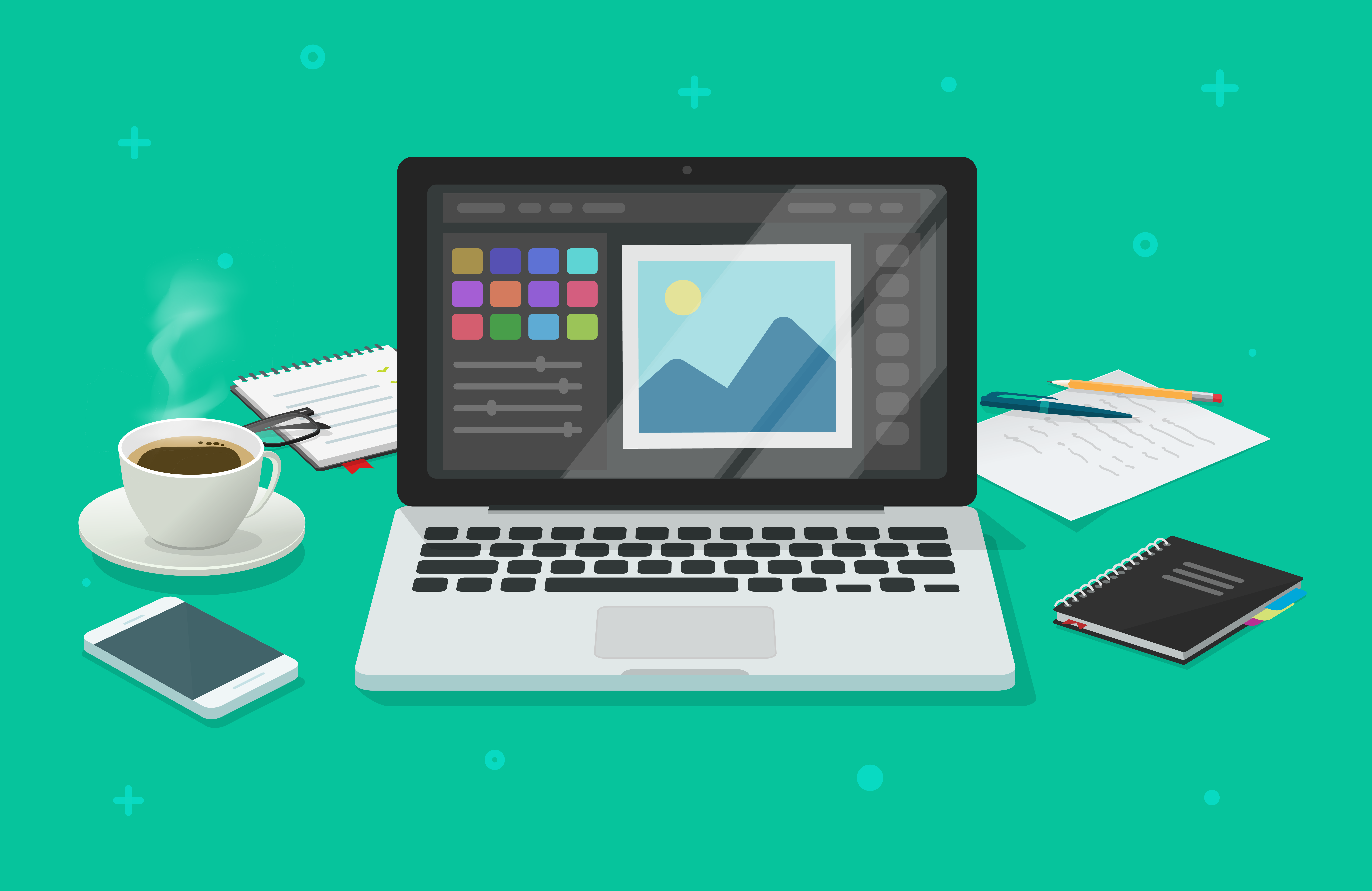 Photoshop, first launched by Adobe in 1990, has not only become a verb to describe digital image editing like ‘Google’ has come to mean searching online, it kick started the entire digital art movement as a whole.

Today it’s what every other image manipulation tool wants to be,even as they face an impossible balancing act: Cram in as many features as possible and impose an unforgiving learning curve or stay simple and lose the cachet behind offering such pixel-by-pixel control.

If that isn’t compelling enough, it’s also priced to compete with tools that don’t offer nearly as much. And at only $20.99 per month for the Adobe Creative Cloud version of Photoshop, you get access to libraries of creative assets, a terabyte of project storage, Adobe Portfolio (to create and publish a website showcasing your work), the full complement of Adobe-owned fonts and Behance, a hub to discover and connect with other creatives.

During the heyday of magazine publishing, a new service offering arose where artists worked for far lower than local market rates taking fashion photography and isolating elaborate hairstyles so publishers could dispose of and replace backgrounds with pinpoint accuracy.

It’s often an hours-long, very intensive process, and that’s Photoshop’s appeal in a nutshell. You get finer control over every single pixel in your image – and using more tools – than that of any other application.

In another example, you get access to every font in your system rather than a built-in set of sample web fonts, which means you don’t have to compromise because of rigid templates or restricted access to assets. You can truly bring your vision to life.

Photoshop has an exhaustive suite of controls to manipulate colors, brightness levels, contrast and color curves. The tools to select portions of your image according to colors, background, nearby pixels or geometric shapes are unparalleled, and power and flexibility in the layers engine lets you organize the most complicated image you can imagine.

Many of the standard tools included in Photoshop are the subject of countless free online filters or effects services, but here they’re all included. And they usually do their jobs much better than the free tools ever could, simply because of the fine detail you have access to .

Photoshop comes as close as possible to inserting what was never there to begin with. Tools like content aware fill, which lets you select a given area and fill it with information the software is reasonably sure you want given the surroundings. What does that mean? Imagine a photo of a person standing in a field of flowers; you can use content aware fill to replace her with the surrounding flowers and blend the edges so seamlessly it’s like she was never there.

You’ll also have access to so many brush and effects tools it’s evolved from manipulating existing images to drawing and illustration, albeit with pixels instead of vectors like its Adobe sister-software, Illustrator. There’s calligraphy, watercolors, splatter effects and more, and they all contribute to aesthetics like graffiti, classical, airbrush and many other styles.

Artistic filters, automatic collage setup, merging images into a panorama, motion blur effects and more are all highly developed and have only grown more robust with every subsequent release.

The purchase price includes not only the full cloud version (essentially the desktop version running in a browser) but Photoshop for iPad, an entirely different standalone application. It contains all the features of the entire Photoshop toolset experience but has been optimized for a touch and swipe interface.

If you’re used to Photoshop it’ll be a familiar yet fun interface to get used to, figuring out how to use the tools you know in an entirely different way. Using your finger or Apple pencil, you make the edits directly on your canvas like usual, and context-aware interface smarts displays only the tools and palettes you need, the UI shifting when you change tack to do something else.

Although it can be run in the cloud like most other image manipulation platforms, Photoshop’s a heavy duty piece of software. You won’t really notice if you’re accessing it through a Creative Cloud account (unless you have an extremely out of date system), but if you run the desktop app from your local computer it’ll be obvious what a power- and memory-hungry program it is.

The days of spending $1,500 or more for a one-time standalone license are over, and if you run the desktop app it checks online every 30 days to maintain your license – although you can do so offline for 99 days with no interruption of service. And at only a touch over $20 a month, it’s well within the reach of most SMEs.

But be prepared for the shock of it all being too much for you. There are no templates, guide articles or pointers – you’re met with a large blank canvas with unobtrusive but mysterious looking icons spread across any number of palettes in your workspace. Unless you have the time and energy for some serious experiment and practise, the investment might feel a little like overkill.

Drew Turney
A graphic designer and web developer by trade, Drew capitalised on his knowledge of technology in the creative field to launch a freelance journalism career, also specialising in his other passions of movies and book publishing. As interested in the social impact of technology as he is the circuitry and engineering, Drew’s strength is observing and writing from the real-world perspective of everyday technology users and how computing affects the way we work and live.
Previous articlePixlr Software for Small Business Review
Next articleCanva Design Software Review for Small Business

Amazon Affiliate Program: How to Become an Amazon Associate

Most Profitable Small Businesses of 2021

How Shopify is Becoming an E-Commerce Powerhouse