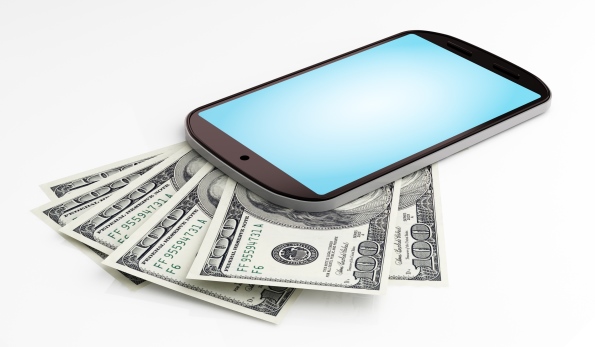 Taking your U.S.-based mobile phone overseas used to be an inconvenient and expensive proposition. Assuming your phone even worked abroad, exorbitant charges for voice calls, texts, and data usage were the norm.

These days the situation is a lot better. Most modern smartphones have global-capable radios that work almost anywhere there’s a mobile network, and the major carriers offer global roaming package rates that, while still high, aren’t stratospheric. However, your business trip to Beijing, Berlin, or Buenos Aires can still result in a monthly invoice that’s much higher than it needs to be.

In this article we’ll review the global roaming options available from the four major national carriers Verizon, AT&T, T-Mobile, and Sprint (in that order, based on market share). Then we provide a few general tips on how to reduce overseas roaming charges.

The best way to keep usage charges in check when traveling abroad is to know your carrier’s global roaming plans and to put one on your phone before you leave the States. This substantially reduces the cost for voice calls, texts, and data usage compared to your carrier’s standard, pay-as-you-go international rates.

Before we get into specific carrier details, a couple of caveats:

Carriers adjust their global roaming plans and pricing periodically, so check yours for updated information before you head overseas. Also, if you get your mobile service from MVNO—companies that lease and resell service from major carriers under their own brands (e.g. Cricket, MetroPCS, and Virgin, among others), their global roaming plans won’t necessarily be the same as the host carrier; they may not offer international roaming at all. Again, check with your carrier to be sure.

Finally, just to be clear, in this article we’re talking global roaming, which is defined as using your phone to call, text, or access the Internet while located in another country. If you want to make global calls with your phone from within the U.S., most carriers offer special plans for that as well.

Verizon’s newest global roaming options are arguably the simplest of all the major carriers, if not the least expensive. With Verizon’s TravelPass, you pay a daily fee to accrue your international voice, texting, and data against whatever limits you have on your domestic plan. In Mexico and Canada that daily fee is $2. In Brazil and Spain, you pay $5, and in good a chunk of the rest of the world, it’s $10. Verizon offers TravelPass in more than 100 countries—here’s the list.

TravelPass eliminate the need to manage separate thresholds for domestic and international usage, and it may even be economical if you have generous limits and available capacity on your domestic plan. If not, it may prove a relatively expensive option.

Verizon’s International Travel Preferred Pricing Plan provides another option. Two plans—one for $25 per month and the other for $40 per month—cover 140+ countries. The $25 plan gets you calls at $1.79 per minute, texts sent and received for .50 and .05, respectively and 100 MB of data plus $25 for each additional 100MB.

Verizon offers less expensive plans for Canada and Mexico. Go to this link and look under “Monthly international travel pricing” for the details, as well as for the list of other countries covered by the plan. Scroll down a bit further on this page and you’ll find Verizon’s most expensive “Pay as You Go” pricing (e.g. $2.99 per voice minute and $2.05 per MB of data, which applies if you don’t sign up for one of the above plans, or if you travel to a country they don’t cover. Bottom line: you don’t want to pay these rates if you can avoid it (100 MB at $2.05 per is a whopping $205).

One last thing—since Verizon uses CDMA technology within the U.S., not all of its phones support the GSM technology needed to work overseas. However, if you bought an advanced smartphone within the past several years it probably does. Use Verizon’s Trip Planner to see if your specific phone works wherever you plan to go. In the unlikely event your phone isn’t compatible, Verizon offers rental/loaner options.

With AT&T you get a relatively straightforward, three-tiered set of global roaming options dubbed Passport, Passport Silver, and Passport Gold, which AT&T says is available in over 200 countries (here’s the list).

All Passport plans cover a 30-day period and include unlimited texting, as well as unlimited Wi-Fi access at participating hotspots. (The country list above also indicates in which cities you can find those hotspots; you need to download AT&T’s Passport app in order to use them.)

The Passport voice and data rates, even for overages, seem reasonable compared to AT&T’s “pay-per-use” rates, which are $1, $2, or $3 per minute for voice calls (in Canada/Mexico, Europe, and the rest of the world, respectively), as well as .50 per text sent—$1.30 if a text includes pictures or video—and $2.05 per MB for data usage.