Beyond Online Storage: 10 Cool Ways to Use Dropbox 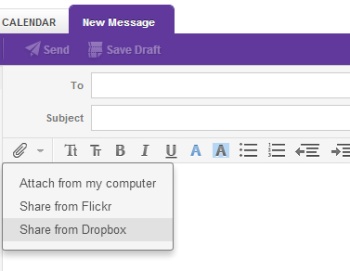 The Dropbox tag line is Your Stuff Anywhere, and that’s not far from the truth. While most people understand Dropbox is a place to store and share large documents, just how useful it is—and just how much you can bend it to your will—isn’t immediately apparent.

We explain 10 cool ways to help you squeeze the most functionality out of Dropbox.

Getting Started with Dropbox

In case you don’t already have an account, use this link to sign up for Dropbox. The free account gives you 2 GB of storage, or you can buy one of the Pro accounts to get 100, 200 or 500 GB of storage with prices starting at $9.99 a month. Business plans offer 1 TB or more of storage and multiple user access.

Alright, let’s get to the good stuff. Here are 10 ways to get the most out of Dropbox

Emailing very large files can be tricky, and it’s not advisable to do so over conventional email accounts (most email clients choke on huge file attachments). However, that isn’t a problem if you’re using Yahoo mail and Dropbox. The new integration between these services lets you “email” large files using Dropbox as the delivery mechanism.

Simply open a new Yahoo mail message, click the Attachment icon, and then choose Share from Dropbox to attach a file from a Dropbox folder to the email. Another aspect of the Dropbox/Yahoo Mail integration is a feature that lets you save attachments from incoming emails directly to your Dropbox account.

If you’re using the latest version of the Dropbox desktop application, you can configure it to save screenshots directly to Dropbox. Then all you have to do save a screenshot to a Dropbox folder is press the Print Screen key on your keyboard. If you press Ctrl + Print Screen, you save the screenshot and get a link to the file. You can then paste the link into an email, for example, making it easy for clients or colleagues to access that screenshot 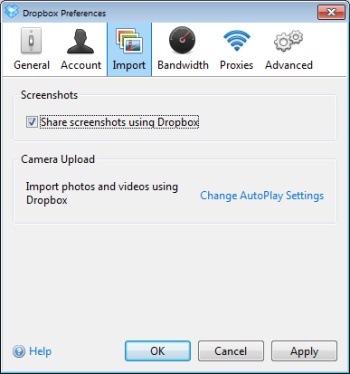 Figure 2: The newest version of the Dropbox Desktop application lets you automatically save screenshots directly to Dropbox.

Set up this screenshot feature in your Dropbox preferences on the Import tab.

Do you use WordPress for your small business blog or website? Now you can back up that blog automatically to Dropbox using a WordPress plug-in (and say goodbye to cumbersome backups).

Some of the plug-ins worth considering include WordPress Backup to Dropbox, WP Time Machine and BackupBox.

A Dropbox automation tool called Wappwolf lets you convert files by dropping them into a Dropbox folder. You can convert a file to a PDF, convert a PDF to TXT, convert eBook files, audio files and lots more.

Sign up for Wappwolf, and authorize it to access your Dropbox folder or folders. You then add an action to the folder that tells Wappwolf what you want it to do to the files you place  in that folder—such as converting the file to another format. Anytime you add a file to that folder, the Wappwolf tool will perform the action automatically.