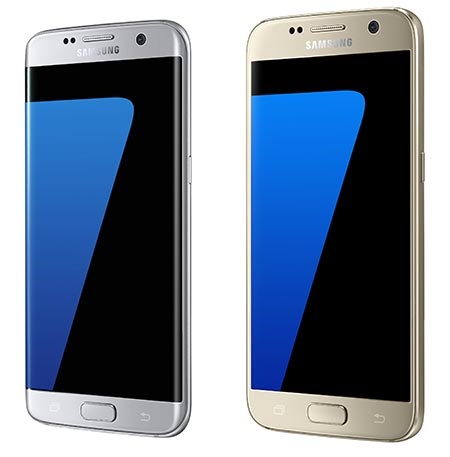 Last week, the industry gathered for the Mobile World Congress (MWC) tradeshow in Barcelona, Spain to preview the latest mobile innovations. While consumer smartphones typically reign at MWC, vendors also show up with mobile tools and devices that make it easier for small businesses to adopt mobile, productivity-enhancing work styles.

The Samsung Galaxy S7 twins will be hard to miss when they finally ship on March 11. Commercials—already airing on TV—give prospective buyers an eyeful of the understated yet premium designs that rival Apple’s iconic iPhone, particularly the “Edge” variant with its sloping sides.

Looks aside, Samsung also impresses with hardware specs that promise punchy mobile app experiences. Running Android 6 (Marshmallow), the handsets are powered by a Qualcomm’s quad-core processor running at 2.15 GHz and 4 GB of RAM.

The 32 GB of built-in storage seems unimpressive in this day and age of 128 GB iPhones, but Samsung has a neat trick up its sleeve. Users can expand storage capacity up to 2,000 GB with the devices’ hybrid SIM tray. Pop in a low-cost microSD card, and smartphone storage anxiety is a thing of the past.

It’s no secret that mobile Windows doesn’t faring as well as Android and iOS, but HP’s new productivity-focused Windows 10 handset makes a compelling case for a Microsoft-powered pocket device when it ships this summer.

When docked, HP’s new Elite X3 smartphone turns into a full-fledged desktop PC that runs an expanding set of Universal Windows Platform apps, including Microsoft’s own Office suite. The optional Mobile Extender connects wirelessly to provide a laptop-like experience with a practically bezel-less 12.5-inch screen and a slim chassis that weighs slightly more than two pounds.

Panasonic is famous for its Toughbook series of ruggedized laptops that can take a beating in harsh work environments. For people who don’t want to crack open a laptop each time they want to send an email in the middle of a sandstorm or torrential downpour, now there’s the Toughpad FZ-F1.

Don’t let the “pad” in Toughpad fool you; it’s a Windows 10 smartphone with a 4.7-inch, sunlight-readable display that’s been outfitted with bumpers and a built-in barcode reader for making quick work of inventory counts. The device is IP67 rated, meaning it can survive a 3.3-foot dunk for up to 30 minutes, enough time to pick it up from the puddle it landed it when it slid off the trunk of your car.

The Panasonic Toughpad FZ-F1 ships sometime in the second half of 2016.

Microsoft’s high-end Surface Book 2-in-1 and Surface Pro 4 tablet are a very capable machines, if a little overkill for small business users that just want a dash of mobility with their day-to-day Windows computing. Lenovo’s Ideapad MiiX 310 is a new, 10-inch, 2-in-1 featuring a detachable keyboard and up to 10 hours of battery life. 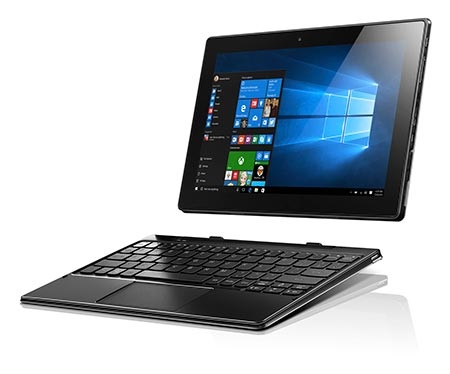 Another Surface alternative is Huawei’s stylish new MateBook. The 12.1-inch Windows 10 (Home or Pro) tablet is powered by a dual-core, sixth-generation Intel Core m processor running at up to 3.1 GHz. 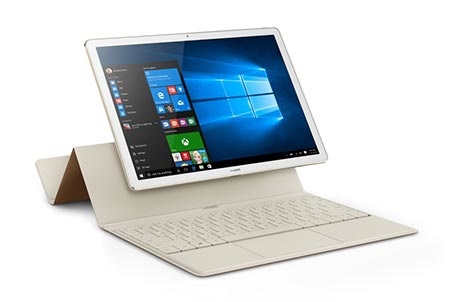 Taking a page from Apple’s playbook, the MateBook will be available in gold and silver when it ships later this year. It measures 6.9 mm or 0.27 inches in thickness, the same as the iPhone 6s. The optional Portfolio Keyboard accessory encases both the front and back of the MateBook, protecting the device while it’s banging around in a briefcase.