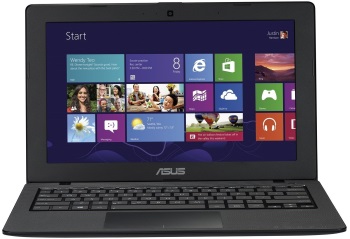 It’s easy to choose the perfect small business laptop when money is no object. For the small business owner on a tight budget, however, finding the one that offers the most functionality with the least number of trade-offs can be a daunting task. Things are looking up, however. With more mobile professionals considering low-cost alternatives such as Chromebooks, convertibles, and tablets, more advanced laptop features—including touchscreens, roomy hard drives and generous amounts of RAM—come into reach of budget buyers.

Meanwhile, the distinctions between business and consumer laptops continue to blur, in large part due to the current generation of fast, low-voltage processors, better wireless performance, and improvements in Window’s security and networking capabilities. Professional systems still tend to be more ruggedly built—and command steeper prices than their consumer counterparts.

More Business Laptop for Your Money

For the purpose of this article, we’re assuming you want to spend about $500 on your new laptop. So, what will that buy you?

Figure 1: Asus’ 3-pound Vivobook X200LA is one of the most affordable Intel-certified ultrabooks available, and it sells for less than $499.

Let’s start with system memory. Just a few years ago, 2GB of RAM was standard fare for most entry-level and mid-range professional laptops. The good news is that you can now expect to receive double that amount. That’s plenty for most small business workers, even those accustomed to running several applications and browser windows at once. If your work includes memory-intensive tasks such as audio-, photo-, video-, editing, or graphic design, however, you’ll want to look for a system with 6GB, 8GB or even 16GB of memory, but expect to pay between $50 and $150 more.

There’s similarly good news with respect to hard disk storage. Whereas a 500GB hard disk was considered an upscale feature not too long ago, it is more or less the norm today. This boost in storage space is certainly beneficial for everyone (if for nothing else then off-the-clock activities such as listening to music or watching videos), but especially for people who frequently work with large multimedia, archival, database, or high-resolution-image files.

Of course, the big news in hard disks right now is the surge in demand for solid-state drives (SSDs). The absence of moving parts in SSDs makes them ideally suited for the rigors of the road. They also provide substantially faster boot-ups and data access than conventional hard drives. Although you’re not likely to come across any SSD-equipped budget laptops at this point in time, you might want to ensure that your system’s hard disk can be upgraded at a later date if you decide to go that route.

Integrated graphics, on the other hand, have long been a laptop mainstay. This is usually a non-issue for most business users, but it can be a problem for people who primarily need a laptop for tasks such as architectural design, 3D modeling, high-definition video rendering, or professional photo retouching. You can configure many systems with enhanced graphics performance and high-resolution (1,920 x 1,080) displays to accommodate such nees, although selecting both upgrades can add $300 or more to the total system cost.

Sadly, you won’t find any laptops in this price range sporting Intel’s top-of-the-line Core i7 or i5 vPro CPUs, both of which provide embedded security features specifically designed to protect business data. Instead, your choices will likely be limited to Intel’s Core i3 or i5, or AMD’s E- or A-Series, of low-voltage, multicore processors. That’s not necessarily a bad thing, as any of those options can handle demanding business applications and multitasking without putting a big drain on battery life. 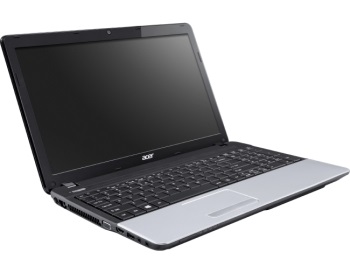 Figure 2: Acer’s TravelMate is a low-cost laptop with Windows 7 Professional and a 14-inch touchscreen.

Speaking of batteries, be sure to note the number of battery “cells” in any laptops you consider. Generally speaking, more cells provide more power (and a larger-sized battery), although battery life is impacted by other variables as well, such as processor speed and the type and size of the display.

Laptops based on AMD processors (or, in the company’s nomenclature, APUs, for advanced processing units) tend to be more budget-friendly than those that employ Intel CPUs, although they are less ubiquitous in most manufacturers’ laptop lines and generally don’t perform as well on benchmark tests (the differences in real-world performance are negligible, however).

Buyers with an eye on the bottom line may opt to purchase a recently discontinued model, or even a refurbished unit, with a more desirable feature set. Most refurbished systems come with a 90-day warranty, but this is one of those rare instances where it pays to buy extended coverage.  Even with the added cost, your total out-of-pocket expense is still likely to come in under budget.

Frequent business travelers aiming for the trifecta of performance, portability and long battery life may want to consider an Intel-certified ultrabook. One of the most affordable is the Asus Vivobook X200LA,   which often sells for less $470. Based on a 1.7GHz Core i3 CPU, this Windows 8 system weighs just 3 pounds with an 11.6-inch touchscreen (for easy data capture and switching between applications), an SD/MMC card reader and a 3-cell Lithium-ion battery with up to 5 hours of battery life.

Wherever possible, use manufacturers’ online configurators to customize your small business laptop. Lenovo’s 5.4-pound Thinkpad Edge E545, for example, comes standard with Windows 8, a 320GB hard drive and a 2.9 GHz AMD A6 dual-core processor for less than $440. For about $100 more, however, you can add Windows 8 Pro or Windows 7 Professional and a speedy 2.1GHz AMD A10 quad-core processor or a 500GB hard drive. Other features include an ergonomic keyboard with the company’s popular Trackpoint pointing device, a 15.6-inch display, three USB 3.0 ports, a DVD burner and a 6-cell battery for up to six hours’ usage. 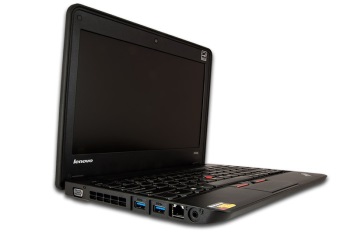 Figure 3: Built to military specs, Lenovo’s Thinkpad X140e is a rugged, powerful AMD-based system that provides up to 8.5 hours of battery life.

The choice of Windows 7 Professional is good news for people who never warmed to Windows 8.x and don’t want to wait for Windows 10. Although most manufacturers will charge you extra to “upgrade” from Windows 8 to the earlier OS, a quick Google search is likely to turn up some great deals on pre-configured Win7 systems from both online and brick-and-mortar retailers.

Powered by a 1.5GHz AMD A Series quad-core processor, the 3.9-pound ThinkPad X140e is built to military specifications with a rubber bumper around the top cover to absorb shock. It also includes recessed ports, reinforced corners and hinges, an 11.6-inch display, and a large 6-cell Lithium-ion battery with up to 8.5 hours of usage per charge.

While it’s true that you can find terrific buys among today’s low-cost business laptops, it’s also true that they still involve compromise. That usually means you get a slower processor, fewer security features, less RAM and graphics memory and a less-powerful battery than you would in a more expensive system. 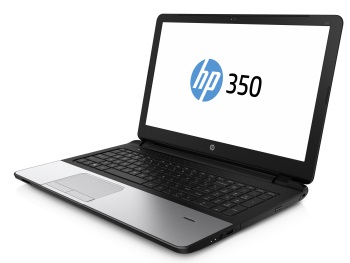 There may be differences in manufacturer’s warranties, too, as many budget systems come with only one year of coverage. In such cases, it may be prudent to consider purchasing an extended warranty, if one is available.

Also, pay close attention to the feel and design of the keyboard, as you’re going to be spending a lot of time together. If possible, visit a local retailer or two and audition a few prospects to weed out the ones you like from the ones you don’t.

Lastly, be sure to leave some room in your budget for a good shoulder bag or backpack to protect your laptop while traveling. Its light weight and thin case may tempt you to pack it in your suitcase, but—trust us on this—that is never a good business decision.

Steve Schwartz is an author, a freelance tech journalist, and former senior editor at Computer Shopper.