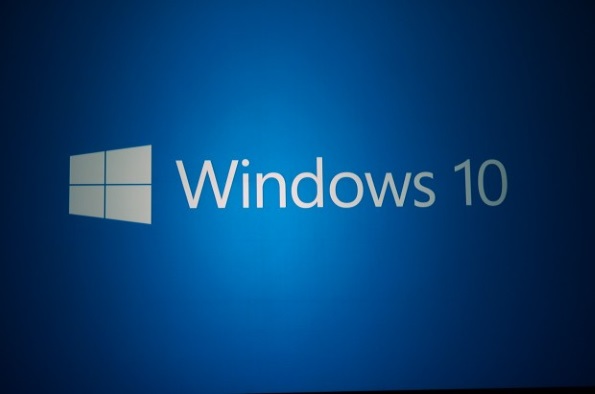 Microsoft has another hit on its hands with Windows 10. Six months after its July 29 release, more than 200 million devices run the operating system (OS), 22 million of which have found a home in commercial and educational settings.

Regular folks aren’t the only people jumping on Microsoft’s free Windows 10 upgrade offer, either. According to Peter Tsai, an IT analyst at Spiceworks, the Austin, Texas-based IT professional network and provider of helpdesk software, says that IT pros have also warmed to the new OS.

“Overall, the sentiment is pretty good,” Tsai told Small Business Computing, regarding how Windows 10 fares among IT workers tasked with making certain that their PC fleets are up to the demands of their organizations. “It’s the fastest growing Microsoft Windows OS ever,” he said—a testament to its popularity among average users and IT pros alike.

Even Windows 7, beloved by both business users and PC enthusiasts, can’t hold a candle to Windows 10 uptake rates.

Based on anonymous usage data collected by Spiceworks, the Windows 10 adoption rate in business currently stands at 18 percent. By comparison, business adoption of Windows 8 sat at 9.3 percent after the six-month mark.

And the bigger the business, the likelier it is to have Windows 10 systems.

Currently, Windows 10 adoption rates among companies with more than 500 employees sits at 31 percent, compared to just 10 percent for small businesses with 50 or fewer workers. It’s a simple matter of scale, said Tsai. “The more machines you have the more likely that some of them will run Windows 10.”

Small businesses also tend not to be as engaged with Microsoft as bigger companies. “Not everyone has the enterprise agreement,” reminded Tsai.

Small businesses also lag due to limited IT resources and apprehension over the new operating system’s effect on their tried-and-true software setups. No organization wants to risk an interruption to their business processes if it can be helped, least of all small companies with little in the way of IT support staff.

From conversations with small business IT pros, Tsai surmised in his analysis that “many SMBs could be holding off on Windows 10 until they have the time and manpower to adequately test the OS for hardware and application compatibility.”

Beyond the triumphant return of the Start button, Windows 10 offers several compelling reasons to upgrade.

“Windows 10 is a great upgrade from Windows 7,” said Tsai. For starters, it’s better at safeguarding data. “People perceive that Microsoft is taking security seriously going forward,” said Tsai. The OS also delivers a stable and “familiar user experience,” he added. “Having to train employees on a new OS is a big pain,” a situation that Windows 10 minimizes.

Ultimately, small businesses may not have much of a choice about making the switch.

A common tactic used by commercial PC buyers to ensure OS uniformity across their IT environments is to purchase new systems that run older versions of Windows. Soon, small business owners won’t have that option.

Small Business Computing’s Joe Moran recently explored how Microsoft is making it tougher for small and midsized businesses (SMB) to stick with Windows 7. In short, hardware options are drying up.

SMBs thinking of running Windows 7 on the latest and greatest PC hardware may be dismayed to learn that “Microsoft recently announced (sorry… clarified) that going forward its support for Windows 7 will not apply to most PCs based on Intel’s current ‘Skylake’ CPUs (processors). And it won’t apply to any PCs based on forthcoming CPU families such as Intel’s ‘Kaby Lake’ and AMD’s ‘Bristol Ridge,'” wrote Moran.