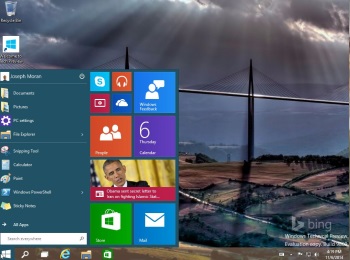 There’s a lot riding on the next version of Windows. Although immensely popular over the years, the operating system’s more recent history has been somewhat checkered. It started back in 2007 with the launch of Windows Vista, the long-awaited upgrade to Windows XP that ultimately turned out to be much-loathed due to various performance and compatibility issues (both real and perceived).

Vista’s reputation became so tarnished that many people opted to skip it and stick with XP for the better part of a decade; or at least until 2009 when Windows 7, a critical and commercial success, restored much of the operating system’s lost luster.

But history has a way of repeating itself, because when Windows 8 debuted in 2012, it too suffered from a distinct lack of interest or enthusiasm, mainly due to the radical new user interface that left lots longtime Windows customers—particularly business customers—nonplussed. In fact, even after a couple of updates meant to sand down the rougher edges of the UI, Windows 8.x still has less than 17 percent of the desktop operating system market, compared to 53 percent for Windows 7—according to October 2014 data from NetMarketShare.

Windows 10: In Search of Redemption

That’s where Windows 10 comes in. It’s Microsoft’s attempt to move Windows 8 forward while simultaneously rolling back some of the most controversial changes (i.e. restoring some lost Windows 7-esque features). At this point you might be wondering why it’s not called Windows 9. Good question. Microsoft hasn’t officially said why it skipped over 9, so nobody really knows, but there are plenty of theories.

To showcase what’s likely in store for the next version of Windows (and to solicit feedback from users), Microsoft has released a Windows 10 Technical Preview. Before we get into some of the changes, keep in mind that the Technical Preview is a work in progress. Microsoft will update it periodically in advance of the expected mid-2015 release, and they may add or remove features with each new update. This article is based on the second release (build 9860) of the Technical Preview.

So without further ado, here’s some of what’s new in Windows 10.

One of the most jarring aspects of Windows 8 was the loss of the traditional desktop Start menu in favor of the tile-based, horizontally-scrolling Start Screen. Although Microsoft restored the Start button to its familiar lower-left location in the Windows 8.1 Update, it only serves as a shortcut to the aforementioned Start Screen (as well as some other commonly-used areas of Windows).

Figure 1: Windows 10 restores the Start menu and its ability to find folders and apps as in Windows 7, but it also incorporates Live Tiles, which were introduced in Windows 8.

In Windows 10, the Start menu is fully restored. As in Windows 7, you can browse the hierarchy to find apps, folders, files, or OS features. The Search box is back too—except in Windows 10 you can also use it to search the Web, not just for stuff on the PC.  The Windows 10 Start menu also includes a customizable column of Live Tiles, and you can change the layout by resizing individual tiles, or resize the entire Start menu. There’s also a power button again that lets you shut down, restart, etc., without having to switch over to the Start screen.

Trying to figure out which apps are running in Windows 8—and switch between them—is harder than it needs to be, but Windows 10 makes it much simpler thanks to a new Task view. Found on the Taskbar, a tap or click of the Task view button (or swiping in from the left via touch) calls up thumbnail versions of all your open apps. You can find the one you want, or easily close any you don’t need anymore.

From within Task view, you also can create Virtual Desktops to reduce clutter, keep personal and business apps separate, or organize them any other way you choose. This isn’t new technology; Macs have offered virtual desktops for about eight years—OS X calls it “Spaces”—and it’s been available as a third-party utility for Windows even longer than that, but at long last it’s a built-in Windows feature. 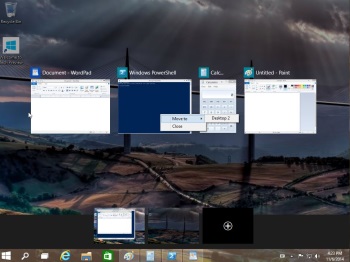 Figure 2: Windows 10’s new Task view makes it easy to see all open apps at once, while virtual desktops lets you reduce clutter by separating those apps into groups.

In Windows 10 you can move apps between Virtual Desktops by right-clicking or long-tapping the app in Task View, though at the moment you can’t drag-and-drop apps between desktops (we expect that Microsoft will add this capability later). The WIN+CTRL+ left or right arrow key combo lets you jump between virtual desktops, and the taskbar indicates when you have apps running in a virtual desktop that isn’t currently visible.

Another Windows 8 shortcoming relates to native apps—that is, those downloaded from the Windows Store. They only run full screen (or split-screen in Windows 8.1), making it cumbersome to work with multiple apps simultaneously. Thankfully, Windows 10 removes that limitation; Windows Store apps now run in fully resizable and movable windows, just like the Windows apps of yore.

Another handy way to organize all those windowed apps on-screen comes in the form of Snap Assist. In Windows 10, just drag an app to the extreme left- or right-edge of the screen to anchor the app to that edge, and Snap Assist suggests other open apps that are available (and appropriate based on their relation to the first app) to be snapped into the remaining space. In fact, you can snap up to four apps in Windows 10 (one in each corner); twice as many as you can in Windows 8 or 7. 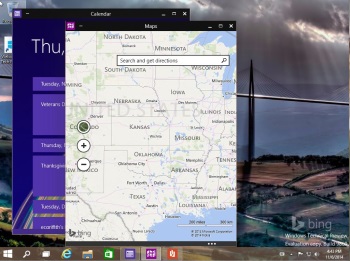 Figure 3: In Windows 10, you can run apps from the Windows store in resizable Windows—just like traditional Windows software.

Microsoft indicates that Windows 10 will usher in a unified app platform and store. That means the same app will run on different device types, including PCs/tablets, Windows Phones and, presumably, even the Xbox One console. This is a welcome change from the current lack of app compatibility between Windows 8.x and Windows RT devices.

Both Windows 8 and Windows 7 already have something called the Action Center, but it’s limited to informing you about security and other system-related events (e.g. your virus definitions are out of date, password is about to expire, backup hasn’t been performed etc.). Action Center’s scope is much more expansive in Windows 10, akin to the notification area on a smartphone. In Windows 10, the Action Center gives you one place to keep abreast of both system and app-related events—for example, app updates, new email, IM or Facebook posts, missed Skype calls, and more.

One feature that wasn’t in the Windows 10 Technical Preview we looked at, but looks promising, is dubbed Continuum. In a nutshell, it’s supposed to automatically adjust Windows’ behavior based on changes in available hardware.

For example, connect a keyboard to a tablet or convertible/hybrid laptop and the interface switches from touch-centric tiled mode to type-and-click-centric desktop mode, or vice-versa. Watch a video illustrating how Continuum is supposed to work here.

If you want to take the Windows 10 Technical Preview out for a spin personally, download it here. (You’ll find a more business-focused Enterprise Edition here, and Microsoft promises a consumer-oriented preview version in early 2015.) Just be sure not to install the Technical Preview on your primary PC, or any computer you can’t afford to do without—it is unfinished software after all.