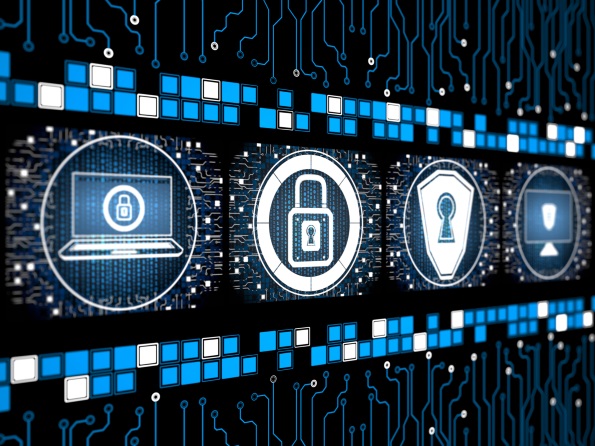 Though their businesses may be comparatively small, today’s entrepreneurs are confronted with colossal security challenges, asserts Symantec. To help even the odds, the company launched a new product Symantec Endpoint Protection Cloud.

It’s no secret that small and midsized businesses (SMBs) make tempting targets for cybercriminals. Not only are their files and databases a trove of customer and financial information, accessing that trove can help attackers work their way up supply chains and partner networks and gain access to data from bigger companies.

“Attacks targeting small and medium businesses continue to rise as 65 percent of all targeted attacks struck these businesses in 2015,” blogged Symantec product marketing manager Nirav Shah recently, citing data from the company’s latest Internet Security Threat Report. According to the study, the scattergun approaches of the past are giving way to more sniper-style attacks. Even more disturbing, those attacks increasingly set their crosshairs on smaller companies.

“In 2015, 43 percent of targeted spear-phishing blocked by Symantec were destined for small businesses, compared with 34 percent in 2014,” stated the report. “Additionally, the attackers focus narrowed, concentrating on fewer companies, and approximately 3 percent of small businesses were targeted in 2015, compared with 45 percent in the previous year.”

And the popularity of bring-your-own-device (BYOD) programs compounds the problem.

You can almost characterize the days when SMB administrators worried about securing a worker’s company-issued desktop or laptop as quaint. Today’s workers routinely access sensitive files and data from their own smartphones and tablets, often in addition to PCs. This new reality poses a security nightmare for organizations with limited technical resources.

Add the staggering number of malware that floods the Internet—430 million new threats were detected last year, a 36-percent increase from 2014—and the deck seems decidedly stacked against SMBs that don’t have dedicated security experts on hand.

All of these factors fueled the impetus to develop and launch Symantec Endpoint Protection Cloud. A daunting task, securing a business environment typically requires specialized training to ensure that one component doesn’t affect the security posture of another. But it doesn’t have to be, according to Symantec group product manager John Engels.

“Setting up and using the product is super easy,” Engels told Small Business Computing. Typically, the process of logging in, enrolling a device, downloading the appropriate software agent, and enabling protection takes less than five minutes.

Available now in the U.S., with other regions to follow soon, Symantec Endpoint Protection Cloud features a one-step policy configuration engine that extends protection to users’ Mac, Windows, Android, and iOS devices—up to five in total per user. The computer security specialist “abstracted a lot of the OS [operating system] differences,” effectively eliminating the need to keep track of the countless little differences and inconsistencies between operating systems that can add up to major security gaps in multi-device environments, said Engels.

As its name suggests, the product provides endpoint protection functionality for Windows, Mac and Android devices, including anti-malware, a toughened firewall, and network protection capabilities. The solution borrows from the same technologies that Symantec uses to help protect its Fortune 500 customers.

The Native Encryption Key Management add-on allows businesses to configure and manage the disk encryption technologies built into Windows and Mac (BitLocker and FileVault, respectively). This added layer of protection helps keep data out of the wrong hands, even if attackers somehow manage to get their hands on a physical system or pry out its hard drive.

For administrators, a cloud-based dashboard provides 24/7 access to the service, including real-time reporting, alerting, and device inventory capabilities. Symantec’s cross-platform policy management capabilities provide a consistent level of data security across operating systems and device types. An added benefit is a suite of mobile device management capabilities that lets small businesses configure passwords on iPhones, iPads, and Android devices—or to remotely wipe their data if they go missing.

[Don’t miss this article: Is Your Small Business a Mobile Security Risk?]

The cloud-based approach also helps keep costs low. “If your employees bring their mobile devices, you can protect them affordably,” said Engels. Symantec Endpoint Protection Cloud employs a per-user pricing model (rather than per-device) that covers five devices per user. A typical small business can expect to pay roughly $49 per user per year, said Engels, although pricing may vary.