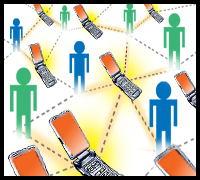 
Smartphone users want as much access to data and systems as possible and aren’t adverse to security to protect devices, according to a new study released today by Decipher.


According to the Smartphone Protection Consumer Survey, which polled 200 users, 89 percent of users check e-mail and access corporate information, and 70 percent access sensitive data away from the office.


Mobile device storage is increasing as well, with 69 percent saying they keep job-related documents on devices for work tasks.


The report also notes 75 percent would be more comfortable during work travel if devices housed encryption technology for protecting access and files, and 85 percent say enterprises should deploy protection on any device accessing data or systems.

“What this survey indicates is that users want protection because they know they are accessing confidential information,” said Andy Kicklighter, director of product marketing for GuardianEdge. The endpoint security provider, which offers smartphone protection solutions, commissioned Decipher for the survey this past May.


Increased dependency on mobile devices is propelling more mobile security solutions into the market. One recent announcement was Research In Motion’s (NASDAQ: RIMM) two-factor authentication for its BlackBerry. The goal, according to RIM, is to provide greater mobile device security around network connectivity.


Worldwide mobile phone sales topped 1.15 billion last year, according to research firm IDC, while Gartner analysts have reported that smartphones are expected to outsell laptops this year. IDC also forecasts an estimated 304 million smartphones in use by 2011.


Guardian said it enlisted the survey to understand how users viewed mobile data access and whether they were concerned about security, Kicklighter said. According to the report, 88 percent of users approve of wiping a device clean if the device goes missing.


“The IT organization has to begin securing mobile devices as users have obviously gotten the message,” Kicklighter said. “It’s only a matter of time before millions of confidential records go missing off a company smartphone.”