IBM Gives Small Businesses a Blade of Their Own 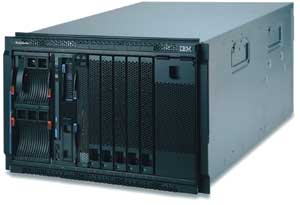 IBM, and other blade server vendors, have been courting the small and mid-sized business market for years. Back in 2004, in fact, Big Blue reported that 30 percent of its blade sales came from SMBs (see IBM Cuts Blade Servers for SMBs).


However, until today IBM didn’t have a BladeCenter offering designed expressly for small businesses.


During a Webcast this morning, Big Blue announced the IBM BladeCenter S, which is built from the ground up just for SMBs looking to consolidate and simplify their server infrastructure.


Jim Gargan, vice president, brand manager for System x at IBM, described the move as “taking blades to the masses. We continue the march from Wall Street to Main Street.”


IBM points to research from industry analyst firm Gartner that reports that mid-size businesses typically run 25 to 45 servers with approximately 10 of those servers functioning as appliances designed to perform a single or specialized set of server functions such as storage, security and Web serving.

By integrating more functions onto blades, the theory is that businesses can reduce the physical space needed for servers and possibly reduce the amount of IT staff need to manage them.


“Small businesses face a dichotomy,” Alex Yost, vice president and business line executive, IBM BladeCenter, said. On one side there is the allure of new technology and on the other there is the “nightmare of managing it.”


The BladeCenter S, Yost said, integrates servers, switches, IO and terabytes of storage in to one chassis with a small footprint. “You take it out of the box, plug it in and run the wizard.” IBM BladeCenter S is small enough, according to IBM, to sit on a desktop and plug into a standard 110 volt power outlet often found in home offices.

The new blade system is designed to integrate applications such as antivirus/firewall, voice over IP, e-mail, collaboration, back-up and recovery and file and print applications on six blade servers.


IBM was vague concerning pricing and availability. IBM said the price will be comparable to what a business would be pay for comparable rack servers. However, over time, Gargan said, a small business’s overall cost could be reduced up by 30 to 50 percent.


The BladeCenter S is expected to be available in the fourth quarter. “This is a brand new market and we’re giving busineses an opportunity to see it and plan for it,” Gargan said. He added that software vendors will have the blade servers to develop applications for when the BladeCenter S hits general availability.