The Secrets of Viral Video Success 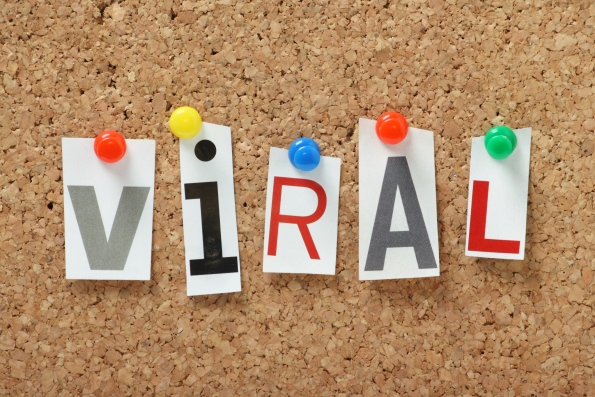 A viral video can put a small business on the map. Just look at how a cheeky video from Dollar Shave Club helped turn the Los Angeles-based startup into a multi-million dollar business.

Rich DeSimone, creative director at the EGC Group, a New York-based digital marketing company whose clients include Canon, Brother, and Thomson Reuters, has studied why some promotional video spread like wildfire online. The bad news is that “a viral video is not something that you necessarily set out to make,” he told Small Business Computing. “It’s an outcome.”

For every viral video, there are millions that go relatively ignored. Setting out to make a viral video can lead to disappointment. Instead, small businesses should focus on creating a good, engaging video content that delights, informs, and persuades in its own right.

And get ready to spend some money to make it look polished. “Don’t think that these viral videos equal low production costs,” warned DeSimone.

That advice may be sobering, but the good news is that small businesses can improve the chances of their videos going viral by learning how some major brands and campaigns did it. Start by following these three viral marketing tips from DeSimone.

1. Jump on a Bandwagon

Originality can be overrated. Sometimes the best way to get your content noticed is to relate it to something that has already captured the public’s imagination.

In 2011, T-Mobile struck gold when it released its celebrating the high-profile marriage of Prince William and Catherine Middleton. With royal look-alikes, T-Mobile put its own spin on things and produced a charming video that aligned with the public’s mood and racked up millions of views on YouTube.

Next time you’re brainstorming ideas for your next promotional video, look around for trending topics that you can use to put your own unique stamp on.

Generally, fun content that’s good for a laugh will prove popular. Sometimes, videos like Dove’s Real Beauty Sketches, in which women were confronted with how they perceived themselves, can lead viewers through a gauntlet of emotions (ultimately uplifting in this case).

The ALS Ice Bucket Challenge is “a good example of both,” DeSimone said. Although it was a serious disease that inspired it—Amyotrophic Lateral Sclerosis or Lou Gehrig’s disease—it raised awareness and drove donations. Participants had a blast flooding the Internet with ice bucket videos while viewers relished seeing their friends and more than a few celebrities get drenched in ice water.

Whichever route your video takes, “it’s got to get to people’s emotions,” said DeSimone.

3. Be True to Your Brand

Whether you’re creating your own content from scratch or you’re hoping to ride the latest viral craze’s momentum, don’t stray from your company’s identity, DeSimone advised.

For example, Kohl’s reacted perfectly to the latest viral hit, “Chewbacca Mom.” After stopping by the retailer, Candace Payne posted a funny video of herself donning a Chewbacca mask. Within 24 hours, Kohl’s social media team quickly leapt into action, gifting everyone in Payne’s family a Chewbacca mask, a bunch of other Star Wars merchandise, $2,500 worth of Kohl’s gift cards, and 10,000 points in the company’s loyalty program.

Kohl’s filmed its response, a video that received millions of views of its own. “Kohl’s didn’t set out to make that video, someone else made it,” noted DeSimone. “They capitalized on it.”

Beyond that bit of marketing savvy, Kohl’s adhered to its image as a family brand, he added.

The buzz surrounding Star Wars undoubtedly helped, but Kohl’s was smart to involve Payne’s kids and shower them with family-friendly gifts. And as for finding Chewbacca’s furry face at Kohl’s… “Now they can’t keep the masks on the shelf,” said DeSimone.