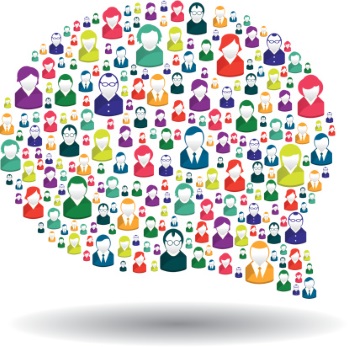 When it comes to growing their social media presence on their own websites, small business owners go to Facebook. Ninety percent of all websites with social media links include links to the popular social network, according to CodeGuard’s first State of the Web report.

Using anonymized data from its own customer base, the company determined the technologies and online services that small businesses rely on the most. That Facebook is the leading social media network among Web-savvy companies comes as no surprise to CEO David Moeller.

Facebook is “the 800-pound gorilla” among social media companies, Moeller said. Given its reach and the sheer number of users that check in every day—Facebook boasts 936 million daily active users on average, according to the company’s latest statistics—adding a link to the site is a no-brainer.

Twitter—used by 72.2 percent of websites—claims second place. Google Plus ranks third with a healthy 30 percent, a surprising statistic given Google’s reputation as an also-ran in the social media race.

There’s a good reason why nearly a third of small businesses websites add the distinctively red “g+” buttons to their Web pages. Google Plus attracts traffic because of “SEO juice you get from it,” Moeller told Small Business Computing. LinkedIn also surprised with its presence on 27.9 percent of websites, suggesting that some small businesses and service providers use the social network to engage with a more professional clientele.

And business owners are stretching the platform well beyond its blogging roots, said Moeller. It’s not uncommon for full-fledged, revenue-generating websites to have the CMS operating behind the scenes. “Small and medium sized business rely solidly on WordPress,” he said.

Joomla, another veteran CMS platform, comes in at a very distant second with 7.2 percent. Rounding out the top five: Drupal (5.3 percent), Concrete5 (2.8 percent) and ExpressionEngine (2.6 percent).

The next statistic is “the big one in light of Google’s recent algorithm changes,” said Moeller. In short, when it comes to how Google ranks websites, the search engine favors mobile-ready websites. On April 21, the company began rolling out an update to its search algorithm that boosted the rankings of mobile-friendly websites.

“Half [of the small businesses] do not have a mobile-optimized site, which is surprising,” said Moeller.  Only 49 percent of websites delivered experiences that rendered nicely on smartphones and tablets, meaning that many businesses may be missing out on mobile traffic.

It’s bad news for mobile Web hold-outs, but for Google and businesses that cater to iPhone and Android users, it’s good business. In 10 countries, including the United States and Japan, more Google searches take place on a mobile device than on PCs, according to the search giant.

That simple fact, Moeller said, motivates Google to support businesses that “provide a better experience.” And that’s not a situation that smartphone users will encounter when forced to navigate a website built for mice and keyboards instead of touchscreens. Given the explosive popularity of smartphones and tablets in recent years, it comes as no surprise that Google’s starting to prioritize page rank by “how enjoyable you’re willing to make your website,” he said.