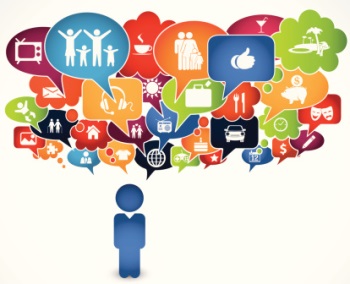 Facebook is the most popular advertising platform among small businesses because it’s easy to target highly specific audiences, and it can help drive targeted traffic to your websites and boost sales. But the return on investment (ROI) from Facebook and other social media advertising can be difficult to track, and it’s easy to waste your money if you don’t take the time to learn best practices.

In late October 2014, we posted a query on the website Help A Reporter Out, asking small business owners to share their social media advertising successes, disappointments, and tips. The following are excerpts from the 26 responses we received from small businesses across the U.S.

“I’m 99 percent sure that I got to appear on Bloomberg TV because of a combination of my new book (in 2012) and Facebook ads about it that we targeted to media job titles,” says Carter Group Principal Brian Carter, an author, speaker, and consultant. “There’s no more affordable way to get this kind of awareness than Facebook ads.” He spent about $0.25 for each ad view, compared to about $1.75 on Google AdWords and more than $2 per view on LinkedIn.

Facebook Advertising Tip: “Take classes and read books about Facebook, LinkedIn and Twitter ads before creating your ads,” says Carter. “Otherwise, you waste most of your ad spend. Commit time and money to it—at least a few hours a week and at least $100 a month.”

Meghana Prasad, owner of bridal hair and makeup services company Meghana Rose Makeup, advertises her services on Facebook. “I can target my clients very specifically and advertise to exactly the right people. I can advertise to recently engaged women in the geographic area I service—exactly the people looking for the service that I provide.” Here’s an example ad.

You’ll find this girls’ clothing boutique actively promoted on Facebook, Pinterest, Twitter, Instagram, Goggle+, blogs and forums, though most of its marketing efforts and ad dollars go to Facebook, says owner Tatiana Tugbaeva. Being active on social media in general has helped the business grow 500 percent in its second year, she says.

However, Tugbaeva finds it “very hard to track and measure” the results of her social media efforts. She describes social media marketing and advertising as time-consuming and notes that it’s an ongoing process.

“Once you open up the dialogue on social media, you have to maintain it and keep it going. During the busy season, it’s hard for me to dedicate as much time to it as I should. It’s also easy for customers to leave negative feedback. I had a few customers who left negative comments and reviews without trying to work things out with us first or understanding the situation. Even though there was no real issue or we could have fixed the problem easily, they left a bad review on our Facebook page, which dropped our overall ranking.”

Facebook Advertising Tip: “Have a plan,” says Tugbaeva. Not all social media channels will work for you and your business. It’s better to start with a few and branch out gradually.”

By advertising on Facebook, Hobby Express, a retailer of radio-controlled planes, helicopters, and cars, has grown its “Likes” from 19 to 16,500 within 15 months, says Russ Shirley, digital marketing VP. “These are highly relevant individuals who are targeted to line up with our radio-control demographic.” The increase in Likes has resulted in “a correlated store growth,” he adds.

In the past few years, ShortStack (which develops online marketing campaign software) has focused less on getting “Likes” and more on placing Facebook ads that “produce real ROI,” says Chelsea Hejny, the company’s content creator.

In February 2014, the company placed Facebook’s conversion-tracking pixel on ShortStack.com “so we could determine the monetary value for each of our Facebook ads,” Hejny adds. “Since then, we’ve spent $6,571.54 on Facebook ads, an investment which has resulted in $17,219.20 worth of sales.”

Facebook’s ad platform takes time to learn, says Hejny, which is a drawback—and possibly an advantage. “If it were easy (to learn),” she explains, “everyone would use it, and the advantages of having such skills wouldn’t be as great.”

Facebook Advertising Tip: “There are so many free resources on the Web for learning about social media promotion,” says Hejny. “Jon Loomer is a go-to resource of mine. He provides some of the best insights into Facebook advertising.”

The social gardening app developer gains an average of 110 new “Likes” per week through its Facebook ads, “which is a potential for “110 new downloads” of its app, says Mason Day, co-founder.  “Before advertising, we were lucky to get 10 new likes a week. It may not seem like much, but for the money we’re paying, it’s a good rate.”

Facebook Advertising Tip: “Ads seem to pay off more on the weekends,” says Day. “I’d have thought people would be less active on social networks then, but it appears not to be the case.”

The women’s clothing boutique has advertised a coupon on Facebook offering 15 percent off, notes owner Kristi Pawlowicz. Seventy-four people claimed the coupon but only five actually used it. “I wouldn’t say that was very effective,” she says, adding that “I’ve never seen a direct boost in sales revenue due to a specific ad on social media.”

Pawlowicz was also disappointed when using Facebook to increase page Likes. “When I dug deeper into who actually ‘liked’ my business page, many times it was people outside my targeted range, or it was ‘fake’ profiles.”

For example, after paying for a Facebook ad, “we had a huge increase in page Likes from New York. When I looked further into it, some of those profiles had only 1 or 2 friends but had ‘liked’ more than 50 businesses. I got suspicious that these ads weren’t targeting customers, and I ended the ad immediately. I’ve never done a Facebook ad since.”

The affordable bullet proof vest manufacturer tried promoting its products on Pinterest (“too ‘girly’ for our company”), Twitter (“very little response”), and LinkedIn (promising, but not ideal for targeting). “Facebook offered surprising levels of targeting,” says Tom Nardone, president. “We can target people that say they work as security guards or are in a group of security guards. We can target fans of specific guns. While each of these groups seems small, if you add a bunch of them together, you have a decent customer pool.”

9. JacksonWhite Attorneys at Law Sees Increase in Traffic, but Not Leads

The Arizona law firm’s Facebook ads resulted in “a big increase in traffic coming from Facebook,” says Lauren White, associate director of marketing. “We didn’t find any big increase in leads, however, so the advertising was mostly for increased branding and Web visibility.

“The drawback of Facebook advertising is that audience intent isn’t as strong as it when a visitor comes from one of our other traffic channels, such as organic (search) traffic, paid search traffic, or referral traffic from another legal site,” White adds.

The company plans to continue its Facebook advertising, but will instead focus on remarketing and creating ads aimed at people who have already visited the site. “We have to adjust our expectations for social media advertising to focus on brand awareness rather than direct leads,” says White.