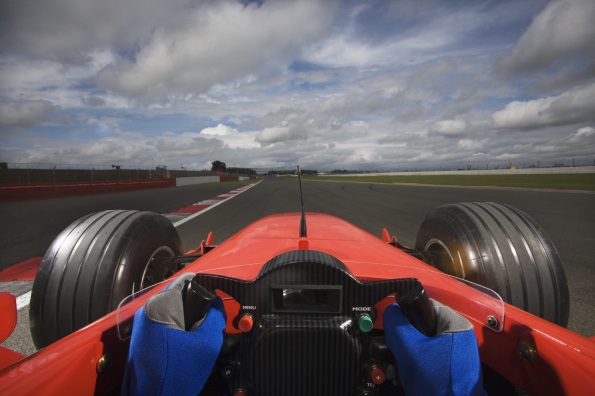 Watching clueless, tech-challenged business owners flail their way through the workday is good for a laugh on sitcoms. Although PCs have been a staple of the desktop for decades—Windows 95 turned 20 this week, for instance—TV shows often portray small business owners (SMBs) as unable to come to terms with the Internet, cloud services, and other technologies that are critical to running a modern company.

Don’t believe what you see on Netflix. In the real world, SMBs sit in the driver’s seat when it comes to investing in new IT.

“They do have final say,” Jessie Shaw, vice president and director of research at The Business Journals, told Small Business Computing. “They collect the information they need, and they’re responsible for determining what it’s going to be.”

Of those decision makers, 89 percent of respondents said they choose their companies’ hardware and software. Just 4 percent stick to hardware while 3 percent make only software-related purchasing decisions. Only 4 percent of SMB owners hand over the responsibility to others.

The Business Journals collected its data by interviewing 1,354 SMB owners, executives and other key decision makers in the U.S. For the purposes of the study, the typical small and medium-sized businesses employed 5 to 499 workers.

In the Driver’s Seat: Ninety-six percent of small business owners make the IT-buying decisions for their companies.

The study also discovered that there are generational differences in how decision makers evaluate their IT choices. Fundamentally, however, they’re all in search of guidance.

Those seeking input from IT experts are generally men (69 percent) in their early 50ies with an average of 24 employees.  Although in the minority, millennials are affecting the IT market by making technology decisions on their own.

“Autonomous decision makers tended to be slightly younger in younger companies,” said Shaw of the millennials (under 40 years of age) that are helping to shape IT vendors’ approach to fast-growing startups. “Millennials live and breathe [technology],” she added. Having grown up with ready access to PCs, mobile devices and online services, they are accustomed to “dealing with the latest and greatest” in terms of IT.

Nonetheless, they have to start their search somewhere.

“Everybody seeks advice in the technology category to some extent,” said Shaw, noting that properly aligning IT to a business’ requirements can quickly turn into a complicated endeavor. “Owners of smaller companies tend to turn to business colleagues and peers” while those in charge of larger organizations have IT staffers they can consult, she noted.

Small business IT-decision makers flock to familiar IT providers, including Adobe, HP, Google, and Microsoft, and to a lesser extent, Apple, Dell, and Yahoo, according to the report. While those companies provide the technical capabilities small businesses seek, there’s an important underlying factor that influences their loyalty to these brands.

“Business owners want to do business with companies that they respect,” said Shaw. More than 80 percent of respondents said it was a prime consideration when selecting their technology providers.

While small business owners also look for good customer service and support—along with tech bargains—they seem unwilling to acquire hardware and software for their companies if it means making a deal with the devil. Yes, they are in business to make money, but they’re not willing to shed their humanity in the process, Shaw said.

What are Managed Services, and Why Should You Care?

11 Examples of Humans and AI Working Together in Small Business