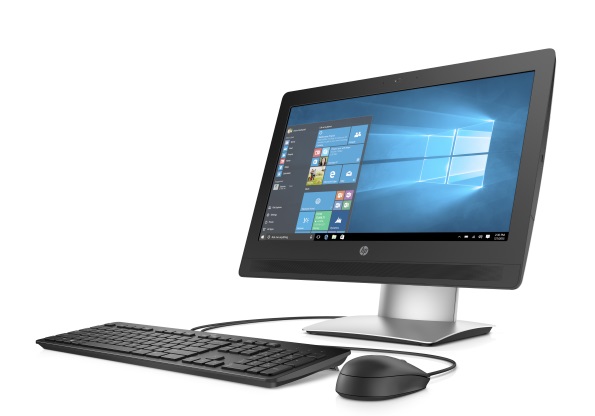 Hewlett-Packard today unveiled a new slate of PCs and printers that help tackle some of the biggest challenges faced by small and midsized businesses (SMBs).

According to an HP BusinessNow survey, top small business IT priorities include boosting productivity, managing costs and thwarting security threats. Often, a sheer lack of IT personnel prevents SMBs from achieving those aims.

Adapting IT to a Changing Small Business Office

Guayente Sanmartin, vice president of product management for HP commercial desktops noted that the small business office environments are undergoing a major transformation. Comparatively cavernous spaces are giving way to snug co-working areas. In general, the SMB “workspace is changing, and its getting smaller,” she said, necessitating space-saving IT solutions.

It’s also skewing younger. Millennials will make up roughly 50 percent of the workforce by 2020, said Sanmartin. Accustomed to more collaboration, remote working, and mobile-enabled work processes, millennials are rewriting the rules of user IT.

On the data security front, it’s already been established that, like large enterprises, small businesses make tempting targets for hackers and cybercriminals. Unfortunately, not everyone got the message. Just 23 percent of small businesses and 35 percent of midsized businesses plan to invest in security within the next two years.

In the past, the responsibility of keeping PCs safe largely fell on the shoulders of operating system and software makers. Over the past few years, HP has shouldered more of the burden, building security into the hardware side with technologies like HP BIOSphere.

Developed by the company’s research arm, HP Labs, BIOSphere automatically restores a PC’s BIOS (basic input/output system) if it’s attacked by sophisticated malware. “Security has to be innate in the product, not just added,” said Joanne Bugos, director of product management for HP commercial notebooks, regarding her company’s stance on PC security.

Available in the company’s line of high-end EliteBook laptops since the fall of 2013, HP has since extended the technology to its portfolio of small business PCs, including the new ProBook 400 G3 Series. The new notebooks also include HP Client Security Suite software and TPM (Trusted Platform Module) hardware encryption. An optional fingerprint reader is also available.

Up to 17 percent thinner and 12 percent lighter than their predecessors, the notebooks are powered by either Intel’s sixth-generation “Skylake” Core processors or the latest A-series chips from AMD. Available later this month with 13-, 14-, 15- and 17-inch (touch optional) displays, the ProBook 400 G3 Series features an aluminum-backed, spill-resistant premium keyboard.

Also featuring BIOSphere and Intel’s latest chips are ProDesk 400 Series desktops, including the G2 Desktop Mini (“the smallest commercial desktop in the market,” according to Sanmarti), the G3 Microtower, and the G3 Small Form Factor. The new desktops will ship in October with prices starting at $479. The ProDesk 400 G3 Small Form Factor ships later this year with a starting price of $549.

Trimmer than the existing models and now decked out in white enclosures, the new HP LaserJet Pro 400 printers use the company’s new Precision Black and ColorSphere 3 toner technology for more energy-efficient printing. More importantly, the new cartridges offer up to a 30 percent increase in toner yield, meaning businesses can print substantially more without spending more. 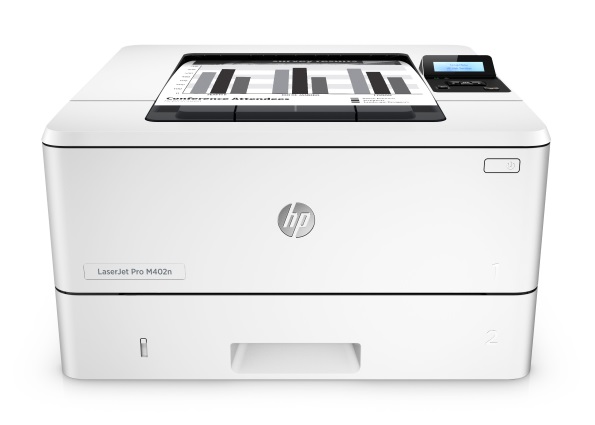 And there’s no sacrifice in speed, said Brian Schmitz, director of product management for HP LaserJet. As eco-conscious SMBs embrace dual-sided printing, they often discover that multiplying posted print speeds by two provides an overly-optimistic estimate of their printers’ capabilities. Not so with the LaserJet Pro 400 series, which delivers “100 percent duplex efficiency across many of these printers,” said Schmitz.

HP’s philosophy regarding PC security extends to its printers, said Schmitz. Pointing toward the “growing awareness that any Internet device can be an attack point,” he said the new LaserJets support the Secure Boot BIOS security, PIN printing, and the company’s cloud-based JetAdvantage Private Print service for confidential printing in shared environments.