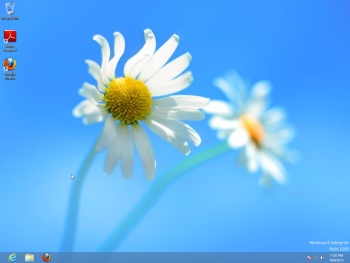 Being familiar with a previous version of Windows used to mean that — new features and interface tweaks notwithstanding — you’d always know your way around the latest version of the operating system pretty well.

That’s no longer the case with Windows 8, which officially launched on October 26th. Because Windows 8 sports a heavily redesigned user interface, even Windows users of long standing will likely find the new operating system an alien landscape that takes a little (or a lot of) getting used to. It doesn’t help that Windows 8 was designed first and foremost for touch screens.

That’s fine for tablets, but what if you’re one of many people that will be using a conventional desktop or notebook PC that lacks a touch-enabled display? Fear not. We’ve compiled 15 tips that will help your find your way around Windows 8, and do it using an old-fashioned keyboard and mouse.

Before we get started, let’s define some terms we’ll use throughout this article:

You don’t necessarily have to fiddle with a mouse cursor over a tiny horizontal scroll bar to scroll the Start screen (or any Windows 8 app). For more precise control, use your mouse’s scroll wheel instead. Many laptop touchpads will likely support scrolling gestures (e.g. swipe left to scroll to the right) as well, though you may need to update them with Windows 8-compatible drivers first.

If you want to zoom out to a birds-eye view of the entire Start screen, click the dash button in the lower-right corner.

Tip #2: Go to the old-style Desktop

The conventional Windows 7-esque Desktop may not be front-and center in Windows 8, but it’s still there in the background. Get to it from the Start screen by clicking on the Desktop tile (at bottom-left by default) or pressing Windows + D. (Also use this keyboard shortcut to reach the Desktop from within a Windows 8 app.) Hint: if you just want to view the desktop without switching to it, press and hold Windows + <.

Figure 1: Clicking the Desktop tile takes you to a Windows 7-esque desktop.

Jump back to the Start screen from virtually anywhere in Windows 8 by pressing the Windows key or CTRL+ Esc. Another option is to move the mouse to the lower-left corner and click on the Start screen thumbnail that appears.

As you add more apps and programs to Windows 8, the Start screen can become a jumbled mess of tiles You can keep things tidy by organizing your tiles into groups. To create a new group, click and hold a tile, then drag it to the right until you’ve passed the light gray vertical bar that appears.

You add other programs to the new group by dragging and dropping their tiles beneath or adjacent to the first tile. (Notice that groups are vertical columns of tiles rather than tiles within a tile.) To create additional groups, drag tiles to the far-right until you see the gray bar again.

To name your groups, first click the dash button in the Start screen’s lower-right corner to zoom out. Right-click the group you want to name, then click name group — the name you type will appear above the group. Hint: While you’re zoomed out, you can also rearrange your groups by left-clicking and dragging them to a new location. 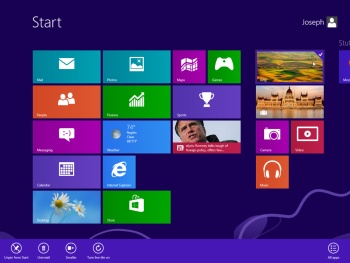 Figure 2: Right-click a tile to unpin it from the Start menu, shrink or enlarge it, or turn live info on or off.

Right-click on any tile for options to unpin (remove) it from the Start screen, uninstall the underlying app, make a large rectangular tile smaller (and vice versa), or for certain tiles, toggle the live feature on or off. (Live tiles constantly update themselves with new information and images).  You can select several tiles at once if you just want to unpin them.