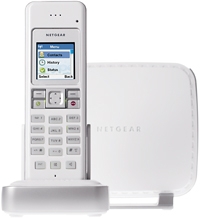 The Consumer Electronics Show, held every January in lovely Las Vegas, Nevada, is no longer just about TVs, stereos and car radios. CES is also a coming out party for new computer and mobile communications gear. In fact, it’s the coming out party.


It’s the biggest trade show in North America, with exhibition halls the size of football fields, crammed this year with an estimated 140,000 attendees. But while others were ogling Sharp’s 108-inch LCD TV — the biggest ever — or jostling shoulder-to-shoulder with crowds at the Microsoft booth, your correspondent trolled the show floor looking for useful tools that might lighten the load for small business owners.


Sure, Microsoft was showing off Windows Vista (again), and there were new laptops and printers with slightly better specifications than the models released a few months ago. But it was the smaller, less glitzy items that caught my attention.


Tiny Computers
Intel, for example, was showing the fruits of its initiative with Microsoft to promote what the vendors are calling ultra-mobile PCs or UMPCs — slate-style tablet PCs with small screens (usually seven inches diagonal), Intel mobile processors and mid-size hard drives. They’re about the size of a large book and typically weigh less than two pounds.


Not many people could get along with a UMPC as their only computer, but it might be ideal for an on-the-go executive who doesn’t do much more than check e-mail or browse the Web and the company intranet. A UMPC would also be great as a second device to carry to meetings — it runs on Windows Tablet Edition: you can make freehand notes using the stylus and later translate them into computer text — or to take traveling.


Once you have one, I’m guessing you’ll also find uses for it around home — for checking e-mail and browsing the Web wirelessly (with its built-in Wi-Fi) while sitting in your Barcalounger, for example, or accessing media server software.