Take Me Home From the Ball Game 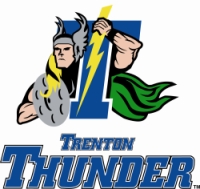 
Major league baseball may be big business, but running a major league farm team, even a successful one like New Jersey’s Trenton Thunder, a Double A, New York Yankees affiliate, is a lot like running any small business. Too few employees, all of them stretched thin, and no full-time IT people.

“We have kind of a weird schedule,” said Bill Cook, the Thunder’s director of public relations and the closest thing the club has to an on-site IT guy. “We work during the day, but then because the team is playing nights and weekends, we often have to work then as well. And even when we’re off, when our team is playing in another city, things can happen that need our attention.”

In the past, if they had to work in the evening or on the weekend, it usually meant making the trek into the office to use their computers. So when the company discovered WorldExtend LLC’s SecureIDA VPN (virtual private network) and Desktop Access services, life immediately got easier for some of the Thunder’s stretched-thin employees, including Cook. The WorldExtend services let them work from home, or virtually anywhere, as if they’re in the office.

The 20 employees in the Thunder organization provide all the administrative and business functions – including ticketing and food services at Mercer County Waterfront Park where the team plays. The Yankees provide the players and coaching staff.

Climbing the Ladder
Most big league players spend time with a Double A club, then move up to a Triple A affiliate before making it to the bigs, if they make it. Current Yankees including second baseman Robinson Cano, pitcher Chien-Ming Wang and outfielder Melky Cabrera all did stints with the Thunder.

“Overall about 150 former Thunder guys have made it to the bigs,” Cook said. “So there’s definitely a good chance you’re going to see future big leaguers when you come out to a Thunder game.”

The lure of seeing future stars at a reasonable price, coupled with the team’s record – it’s in first place this season and has been a contender virtually since launching in 1994 – has ensured business success for the Thunder. The team is averaging 6,000 spectators a game this season, up slightly from last year, pretty good given that Mercer Park’s capacity is only 6,440.

Most of the administrative employees do jobs similar to those you’d find in any business. And they use the same kinds of computer applications – BusinessWorks from Sage Software for accounting, for example, Microsoft Office applications such as Word, Excel and PowerPoint, and Acrobat and PhotoShop from Adobe. “Nothing too unusual,” as Cook said.

Data is stored centrally on a server that is accessible from any of the 20 or so computers in the local Microsoft Windows network – but not, until recently, from outside the local network. One of the team’s owners brought the WorldExtend VPN and Desktop Access services to the club’s attention.

A VPN is often described as a secure ‘tunnel’ through the Internet. Big companies use them to let employees log in to a corporate network remotely. All the data, including sensitive company information, flows back and forth across the public Internet through a server that initially demands a user ID and password from the remote employee. Because data is encrypted, it’s as if it travels through a tunnel, making it invisible to Internet hackers.

Unbeatable Price
Big companies typically set up and maintain their own VPN infrastructure, an expensive proposition that requires resident IT skills. The Thunder, like most small businesses, didn’t have the skills and couldn’t afford a traditional in-house VPN system. WorldExtend, however, offers a very low-cost, partly outsourced service that small businesses can afford. And it’s easy to set up.

The basic WorldExtend VPN service is free in fact. A company could use it to give employees – or customers or suppliers – secure remote access to files in folders on a Windows server, or on an FTP (File Transfer Protocol) server. Unlike much more expensive corporate systems, it requires only downloading and installing an easy-to-configure application on the local server. Remote employees don’t need to download a VPN application on their computers, all they need an ActiveX control — a common plug-in for Internet Explorer.

Remote employees connect through an intermediary WorldExtend Web server. It performs many of the functions that corporate VPN servers do. It presents you with a portal page with links to available resources – such as an FTP server or Windows folders. It also asks for user ID and password and authenticates them against a stored list of authorized users.

The Trenton Thunder uses WorldExtend’s Desktop Access service as well. It’s similar to GoToMyPC from Citrix. It lets employees access their work computer remotely using a browser on any Internet-connected computer and work as if they were sitting at the keyboard in the office. Their office desktop appears in a browser window.

It’s the Desktop Access service, which costs the Thunder about $300 a year for up to 26 people, that has made such a difference to its employees.

Computing in Your PJs
One of the big beneficiaries was the company’s director of finance. After making changes to the team’s accounting procedures recently, he was forced to re-enter reams of data. “He was having to do his regular work during the day, then at night and on the weekend, he was re-entering data,” Cook said. Before implementing WorldExtend the finance director had to come in to the office to do the work. “This just gave him a chance to work from home in his pajamas.”

The team’s radio announcer, Dan Loney, who also sells ads for the game broadcasts, uses WorldExtend to log in to his office computer from a laptop when he’s on the road. “He’s got his account on our server where he can get all his contracts and statistics and notes,” Cook explained. “It’s just like he’s working from the office.”

Cook himself occasionally has to make changes to the club’s Web site after hours. On one recent occasion, a player was called up to the big leagues over the weekend. He wanted to post a new entry at the Web site, including a picture of the player drawn from a gallery of images stored on the server. With WorldExtend Desktop Access, Cook was able to log on to his office computer from home over a high-speed Internet connection, launch Adobe Photoshop, open and crop a picture from the gallery, and post it to the Web site.

“In the case of finding and uploading the picture, chances are we would have gone without in the past,” Cook says. “But because we could in this case, I was able to do a better job.” Mostly, though, WorldExtend  offers employees the huge convenience of being able to work more comfortably from home, or the road. It probably increases productivity as well, Cook adds, just because it makes it so much easier to work outside office hours.

Safe and Secure
Security was a big consideration. “The fact that the accounting department uses this service means we definitely want to make sure it’s secure,” Cook said. “The people we talked to who did the research said, ‘Yeah, this thing is pretty secure.’”

Setting up the system was simple. The Thunder employs a part-time network manager who looks after technical tasks. He set up the WorldExtend services.

For the employees, the experience is even simpler. They enter a user ID and password at the portal page presented by WorldExtend. Once logged in, they see their entire desktop inside an Internet Explorer browser window. Cook doesn’t detect any slow-down when accessing applications over the Internet. He uses a standard cable modem service at home.

“I’m really impressed with the speed,” he said. “And nobody else has come to me saying they’ve had any problems with it. The log-in [procedure] is pretty instinctual. And once you’re there, it’s like sitting in the office.”

It does mean employees have to leave their workstations turned on when they leave for the day. They typically log off the network before leaving – for security, so unauthorized people can’t get access to their data when they’re not there – and turn off the monitor. Once logged in to the desktop remotely through WorldExtend, they can log back on to the local network again while they work.

WorldExtend offers other services, including Zero Port ($60 per person per year), which provides additional security in the VPN connection. Application Publishing is another service that runs on top of the VPN. It works similarly to Citrix Presentation Server, letting employees access programs running on a central server rather than running on their desktops. This style of computing allows a company to run and maintain only one copy of a program, saving license and management costs.

Later this year, WorldExtend will offer site-to-site VPN services for companies that want to be able to connect branch locations and support communications in both directions initiated from either site.

For very small businesses especially, the basic WorldExtend services are a no-brainer. They offer valuable functionality that is only available otherwise by paying a lot more money and maintaining a complex system in house or hiring somebody to maintain it for you.

And if you’re a micro business, you can get everything you need from WorldExtend for secure remote access – basic VPN service and one Remote Access desktop – for free.

Based in London, Canada, Gerry Blackwell
has been writing about information technology and telecommunications for a variety of print
and online publications since the 1980s.