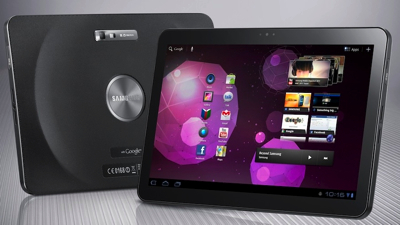 The new Samsung Galaxy Tab 10.1, an Android-powered tablet PC with a 10.1-inch high-definition screen, may be the most attractive alternative yet to Apple’s iPad 2. The Galaxy Tab is priced from $499 – same as the iPad.

In our estimation, the Samsung product is better in some ways than the iPad, but mostly small ways, and not as good in others.

On hardware, it may hold a slight edge. However, Apple’s iOS, the operating system of the iPad (and iPhone and iPod Touch), still has a clear advantage over Google’s Android operating system in terms of the number and, arguably, quality of apps available.

Still, if you’ve decided to go with the Android star – because it appears to be a more open operating system, or it supports Adobe’s widely-used Flash online video technology (which the iPad does not) – the Galaxy Tab 10.1 is a very strong contender.

Unlike Samsung’s other tablet product, the Galaxy Tab 7.0, introduced in January, this new tab has a screen about the same size as the iPad – 10.1 inches diagonally, compared to 9.7 inches for the iPad. (The earlier Samsung product has a seven-inch screen.)

The apparently slight difference in screen size between the Galaxy Tab 10.1 and the iPad 2 is in fact one of the most immediately noticeable differences between the two products.

Inside, it runs a 1GHz dual-core processor (as does the iPad), and the latest Honeycomb iteration of the Android operating system (Version 3.1), with 1 GB of memory. Apple doesn’t officially state how much memory the iPad 2 has, but it is reported to be half as much, 512 kilobytes (KB).

Memory is sometimes an important determinant of overall speed of operation in a computing device, but in testing of the same or similar applications, such as Web browsing and file synching, there appeared to be little difference in computing performance between Galaxy Tab and iPad.

One of Samsung’s boasts is that the Galaxy Tab 10.1 offers a better, more computer-like, multi-tasking experience. It does give slightly easier and faster access to multiple running programs, but in real-world use, this delivers only a slight gain in convenience.

One place where most other iPad competitors fall down is on battery life, but the Samsung product promises 12 hours on a single charge, actually better than the iPad’s break-through nine hours of continuous use.

The Galaxy Tab 10.1 includes all the now standard features for a tablet, including Bluetooth, and speakers and microphone for playing back multimedia content, recording voice notes and enabling voice over Internet telephony.

It also has front- and rear-facing video-capable cameras to support video conferencing and video chat apps. Both are 3 megapixels, so are capable of producing HD-resolution video. And both are higher resolution than either of the two iPad 2 cameras. The iPad’s front-facing camera is significantly lower resolution (640×480 pixels).