Overview: A Crop of Entry-Level Servers 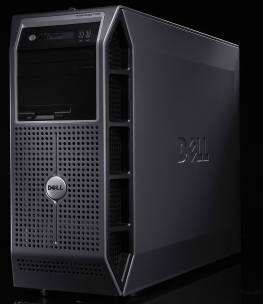 It wasn’t so long ago that buying a server was a hefty investment. Then component prices began to tumble, vendors got very competitive and servers suddenly became affordable.

You’ll find plenty of choices available in the sub-$1,000 category (and sometimes sub-$500) from the big vendors such as Dell, HP and IBM. “All of the major vendors are creating SMB-friendly products in both blade and tower form factors,” said John Enck, an analyst at Gartner.

You’ll also find new kids on the block such as FileEngine by Server Partners LLC, which has introduced a novel set-up plan. Rather than forking over the cash in advance and hiring an IT staff to look after their operations, some small businesses may find FileEngine’s monthly payment plan more appealing.

“FileEngine is a server appliance designed for companies with five to 25 PCs that need to protect, share and control the information they store on their computers,” said Kim Brand, CEO and founder of Server Partners.

“The flat-rate price of less than $8 per day ($235/mo) gets you a new server, standard shipping and installation, monitoring, off-site backup, self-serve-restore, disaster recovery, unlimited support and remote administration, maintenance (including updates) and the confidence that someone else is worrying about your server so you don’t have to,” said Brand

FileEngine is essentially a Linux-based file server with extra zing. It doesn’t handle e-mail, database or Web hosting for the very good reason that most businesses with fewer than 25 employees don’t really need such services. Those that require e-mail hosting can go elsewhere to find a hosted Microsoft Exchange provider for less than $10 per account per month.

“FileEngine is the cheeseburger of file servers – not fancy, just reliable and affordable,” said Brand. “Resellers push small businesses to Microsoft Windows because they can make a living maintaining it. We want to change all that.”


ServerBeach, another server alternative, hosts servers at rates starting at $75 and going up to $169 per month per server. It looks after everything to do with those servers, which are available with either Intel or AMD processors.

Of course, there are always cheap servers to be had from the usual suspects. Fujitsu has come out with the TX120 server, which it heralds as the smallest and quietest server in the world. The company makes use of smaller components to reduce power consumption to 175 watts.

The basic idea is to eliminate noisy servers from small offices. This particular machine is aimed at companies with anywhere from five to 20 computers. It takes up about a quarter of the space of a traditional server.

“We developed a cooling method to keep the server cool without all the attendant noise of heavy duty fans,” said Richard McCormack, senior vice president of marketing at Fujitsu. “This produces a noise output of 32 decibels when operating and 28 decibels when idle. This is well below the background noise in a typical office.”

Typical applications would be: a file or print server for up to 50 people; a mail server for 200 people, an application server for 20 employees; or for other basic server tasks. Pricing starts at $1,058. But if you want top-of-the-line everything, that price can stretch as high as $3,666.90.

Dell also has plenty of choices in this category. The PowerEdge T300 comes with a choice of different processors. This includes quad-core, dual-core and single-core chips and a healthy amount of memory. The T300 can also pack plenty of internal storage – up to 4 TB. This machine has a starting price of $699.