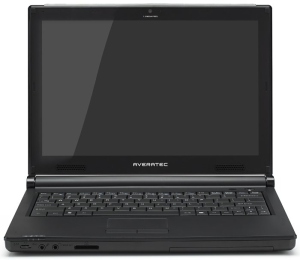 If you could get a full-featured notebook that weighed and cost only a little more than a netbook, would you? Duh, of course you would. The trouble is, “real” laptops in the price range of Asus Eees and HP Minis and MSI Winds tend to be big, clunky things, while most ultra-portables — 12.1-inch notebooks hardly larger than netbooks but boasting better processors and built-in optical drives — aren’t bargains. If you’re ogling the Toshiba Portege R500 or the Fujitsu LifeBook P8020, for instance, they start at $1,799.


That’s why the Averatec N2700 looks so promising at first glance, or even second. Built by South Korea’s TriGem Computer, the Averatec is a 12.1-inch notebook with a dual-core Pentium processor, ample 4GB of RAM and 250GB hard disk, and onboard DVD±RW drive in a four-and-a-quarter-pound package — not quite as light as a netbook, but not a briefcase burden at 8.9 by 11.7 by 1.2 inches. (Its AC adapter adds 0.7 pound.)


It’s not quite as affordable as a $400 netbook, either, but not by too much: just $650 on the Averatec site (with a link to a $629 deal at Datavision). Could this be a frugal traveler’s dream come true?

Alas, no. Our experience with the N2700 was a series of small disappointments, with one minor complaint following another — until one big one smacked us in the face.

The Averatec has an Intel Pentium T3400 processor — a 2.16GHz dual-core with 1MB of Level 2 cache — along with 4GB of DDR2 memory, Intel GMA 4500MHD integrated graphics, a 250GB Fujitsu hard drive, and an HL-DT-ST DVD±RW drive. The combination sets no speed records, but easily outperforms any netbook; even large applications load promptly and run smoothly, as do DVD movies.


When the system is working hard, a fairly loud cooling fan produces a hot breeze from a left-side vent. If the noise gets annoying, a button next to the power button shifts the N2700 into “silent mode,” which is not silent but much quieter. It also cuts performance roughly in half.


Next to the vent on the notebook’s left side you’ll find VGA, Ethernet, FireWire and USB 2.0 ports and an ExpressCard/54 expansion slot. Two more USB ports are on the right. Microphone and headphone jacks and an on/off switch for the Wi-Fi radio are up front, as is an SD/MMC/MS/Pro flash-card slot.


If, like us, you’ve been spoiled by the current generation of LED-backlit laptop LCDs, the Averatec’s display will be your first disappointment. With the fluorescent backlight turned up sufficiently for text reading (to our eyes, only its top couple of brightness settings), our test unit’s screen was slightly washed out around the edges and dimmer in the middle. Contrast and sharpness were good, but colors were pale.


More economy-model engineering surfaced in the N2700’s keyboard — its stiff typing feel required a heavier touch than we’re accustomed to. The layout is nothing to sing about either, with the Scroll Lock key stealing Delete’s proper place in the top right corner; Delete and the cursor-control keys are smaller than neighboring keys and crowded into the lower right corner.


The touchpad works smoothly, though it’s neither textured nor framed or bordered to distinguish it from the rest of the palm rest. In our first minute with the Averatec, we reached for the touchpad and accidentally found ourselves caressing an advertising sticker.

The above gripes lost their sting with either a couple of days’ practice (the keyboard) or repeated murmurings of, “remember the low price” (the screen). But our final disappointment proved the biggest — or rather, the shortest.


The N2700’s battery life is the bare minimum for a jumbo-sized desktop replacement, and simply unacceptable for an ultra-portable. Our unplugged work sessions averaged barely an hour and a half. With heavy disk use — installing an office suite and other software before buckling down to work — we got only an hour and a quarter.


The Averatec is a great shape and size, but disappointment lurks in its details. In an age where people expect at least three and often more than five hours’ computing on a battery charge, it’s a fizzle.