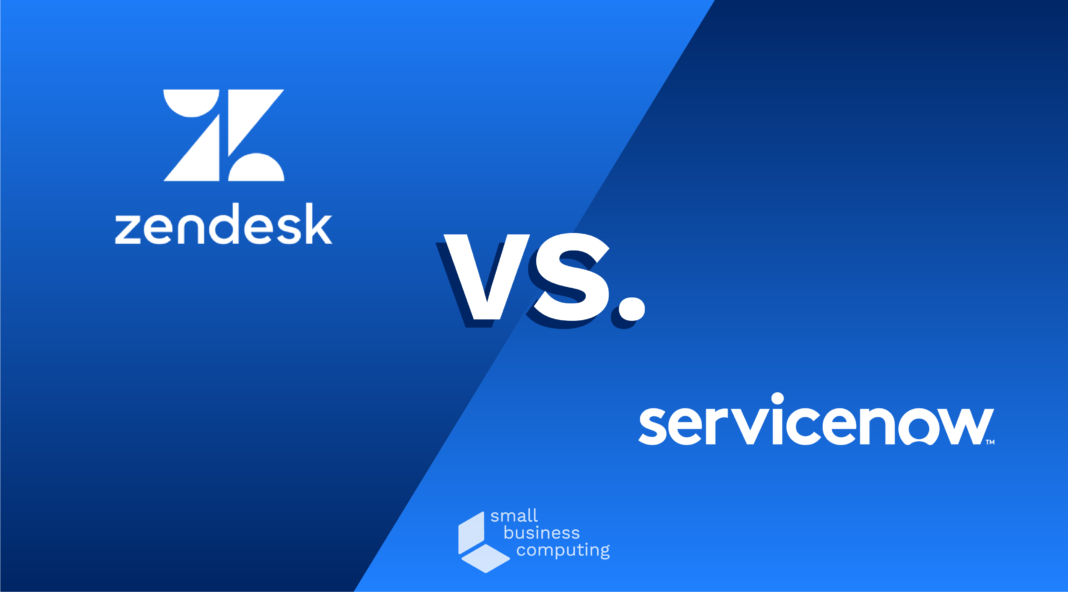 Not many people associate Zendesk with field service management – it was created as – and continues to flourish – as a customer support solution, most visible through website chat client technology.

But it’s hard to ignore the stats Zendesk claims about it increasing customer satisfaction by 25 percent and agent productivity by 30 percent regardless of the size of your customer base.

From the service owner’s end, it’s a handy data silo that contains and synthesizes all your customer interaction, the interface giving you all kinds of widgets like pre-defined ticket responses, customer history and more.

The company offers seven different platform offerings that cost anything from zero to up to $200 per user per month and contain different sets of features, so there’s a good chance you’ll find something to suit.

What’s hard to ignore however is the quite common refrain among reviews and users that Zendesk’s own customer support – ironically given it sells customer support solutions – leaves a lot to be desired, so our advice would be to put the free trial very much through its paces before you commit.

The philosophy of ServiceNow, as stated by its founder, was to make a cloud-based platform that would let anybody regardless of their tech savvy guide and follow tasks through the workflow of any company large or small.

It’s designed to take both the grunt work and the manual nature of business areas like field service management and automate them as much as possible, connecting disparate business units and letting them all talk the same language of customer service.

Like many of its competitors, ServiceNow found a home primarily as an IT service management platform, but the underlying methodology of creating a job ticket and shunting it through various departments is pretty well suited to field service management .

Major features in common between Zendesk and ServiceNow

Both platforms are cloud based, software as a service (SaaS) tools, so they’re designed to work well in any browser on any device from desktops to iPhones, iPads and Android, ready out of the box for mobile technicians and service staff to take on the road.

Both platforms ship with templates and macros that let the system automatically issue pre-made messages to both users and customers in response to prescribed actions, and they both have customer satisfaction survey tools that aren’t integrated into work tickets, although when it comes to Zendesk, they’re only included in Pro plans or above.

But there’s another feature that, while it might not immediately seem important, can actually save (or cost) considerable capital as you move to a new service, and that’s importing or exporting data between systems, especially if you’re moving to ServiceNow or Zendesk from another platform altogether.

ServiceNow lets you import and export from an Excel spreadsheet and export to a PDF, whereas in Zendesk (again, from the Pro plan on up) you can export tickets to an XML file but only import via the API. Take careful stock of the formats you can bundle your existing data in before you move, because it will mandate the best platform to adopt.

Major differences between Zendesk vs. ServiceNow

A workable Zendesk build—the free offering is too light on features to really handle field service management—starts at $49 per user per month, with ServiceNow starting at $10K per year going right up to $30-40K for more features.

ServiceNow, having come primarily from IT, focuses a little more on asset management, workflow automation and app development, whereas Zendesk’s strengths are in multi-channel ticket management and self service, with a little more effort put into analytics.

The Zendesk user interface is a little more complicated and tends to jam a little too much information in. By trying to be all things to all people at once, Zendesk might overwhelm new users until they get used to it.

ServiceNow also has product and asset management options, so you can manage services and products across different business streams, watch the asset lifecycle, track purchases – all features you only get with Zendesk through third-party integrations.

The price on the website is only the beginning. If you have an existing field service management platform up and running, there’s going to be costs around exporting data out of it to plug in somewhere else.

That means the comparatively higher cost of ServiceNow can be a little bit deceiving. Because Zendesk is renowned and recommended across business sectors, the lower price might make it look like a no brainer.

But if you manage a business that sells and delivers products or parts along with service and installation, ServiceNow has built in asset management that lets you keep track of it – researching, buying and deploying a similar thing for Zendesk might end up costing you as much as you save when you find it isn’t as seamless as you hoped.

Drew Turney
A graphic designer and web developer by trade, Drew capitalised on his knowledge of technology in the creative field to launch a freelance journalism career, also specialising in his other passions of movies and book publishing. As interested in the social impact of technology as he is the circuitry and engineering, Drew’s strength is observing and writing from the real-world perspective of everyday technology users and how computing affects the way we work and live.
Previous articleQuickBooks vs Wave: Which Is The Best Online Accounts Package?
Next articleLMS Software Comparison: Udemy vs Udacity