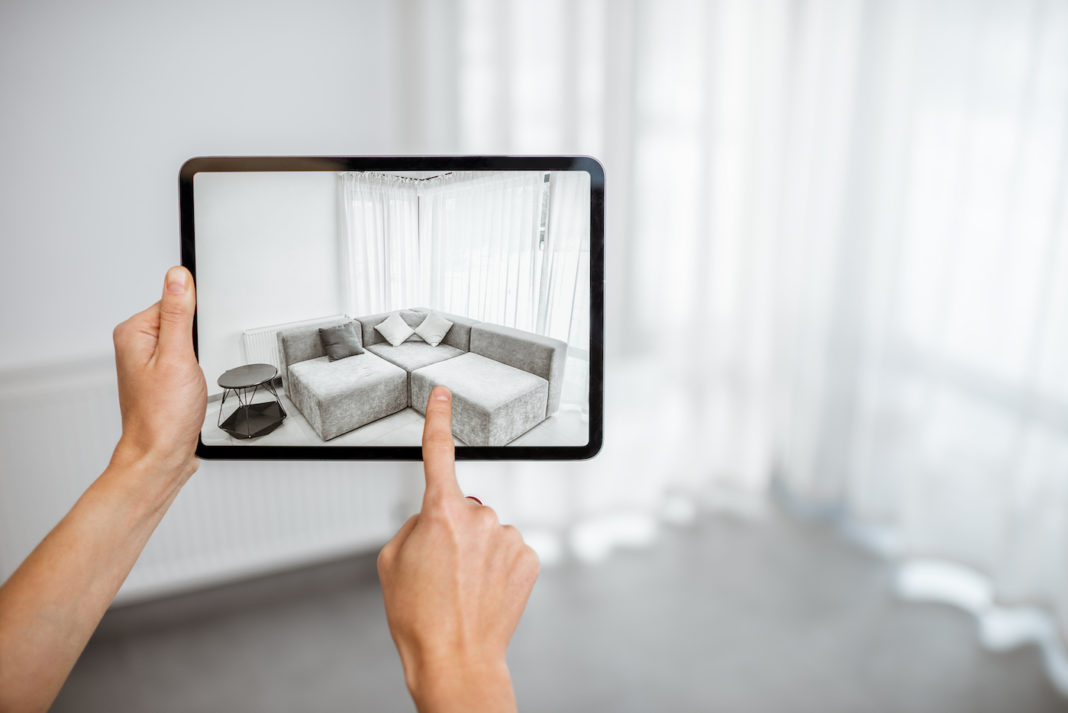 Shopify has made a few strategic plays over the past couple of months that have started to unlock the potential of augmented reality (AR) for small e-commerce businesses. This news comes on the heels of several announcements in the second half of 2021, including an exclusive social commerce partnership with TikTok and a new globalization feature called Shopify Markets.

With this endeavor into augmented reality, Shopify has proven once again that it can juggle multiple initiatives at once to set itself apart in a competitive market.

In June 2021, Shopify quietly acquired Primer, an augmented reality startup that specialized in interior design visualization. Eight of the startup’s employees joined the Shopify team, bringing their AR expertise to a platform that has historically been at the forefront of small business e-commerce innovation.

Shopify had its eyes set on augmented reality well before the acquisition was finalized, but bringing staff that specializes in this technology in-house has enabled the company to accelerate the development pipeline.

According to a report from Business Insider, Shopify has secured a patent for a virtual body measurement technology that will allow customers to better understand how a garment will fit while online shopping. The patent was granted in mid-January, but Shopify hasn’t announced any timeline for the feature to launch.

Sizing and fit questions have posed a considerable challenge for clothing retailers in the e-commerce space. In a brick-and-mortar shop, customers can grab multiple sizes and try them on in a fitting room. Online shoppers, however, have to rely on the seller’s measurements and their own best judgment of how they think an item will fit.

If a customer is unsure how a garment will look in person, they’ll often order multiple sizes and return what doesn’t work. This approach can create significant obstacles for small businesses, especially if they don’t have fulfillment software and a reverse logistics strategy in place. In many cases, though, customers are likely to abandon the purchase altogether if there’s a possibility that they’ll need to make a return.

The body measurement feature on the Shopify platform is expected to provide a more standardized shopping experience for shoppers. When customers have better confidence in the clothing they buy online, businesses are less likely to be faced with a high volume of returns and associated losses.

Most recently, Shopify added a new app to its library that gives small businesses the most direct access to AR technology to date. The app is a product of the company’s collaboration with Poplar Studio, a UK-based augmented reality platform.

For $49 USD per month, merchants can add AR or 3D renderings of their products on their storefronts—a tactic that Shopify says can improve conversion rates by 94 percent:

The best part? The whole process requires minimal effort. Shopify merchants can send their brand assets to the Poplar Studio team, and they’ll receive 3D or AR renderings of their products in return. Then, Shopify’s drag-and-drop page builder makes it easy to add product visualizations to the seller’s site in just a few clicks.

Use cases for this kind of product visualization are endless. Whether they’re selling eyewear or furniture or luggage, small businesses can use these interactive renderings to improve customer experience and drive conversions.

It also means SMBs will be able to compete with large retailers that are already using AR technology in e-commerce. Companies like Target, Ikea, and Gucci have been using “virtual try-on” and “see it in your space” concepts for years now—it’s time small businesses have the same opportunity.

The global augmented reality market is expected to grow to USD 97.76 billion by 2028, according to analysis from Fortune Business Insights. With this in mind, it’s unsurprising that Shopify would make bold moves toward adding this functionality to its platform. The company has a strong history of prioritizing innovation and delivering cutting-edge technology to businesses of all sizes. For small businesses in particular, though, these decisions will enable a future of faster and more sustainable growth.

How SMBs Can Navigate Post-Holiday Returns