Disaster Relief: 10 Tech Tools to Save Your Business 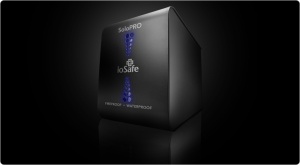 In August 2011, Hurricane Irene traveled up the East Coast, delivering high winds and drenching rain from the Carolinas to New York City as predicted. However, no one anticipated that many towns in New Jersey, Pennsylvania, New Hampshire and Vermont would be flooded for days, jeopardizing the IT systems — and very existence — of hundreds of small businesses. In Texas, meanwhile, a lack of water fueled wildfires that destroyed dozens more.

And it’s not just natural catastrophes that can wipe out your precious data: hard drives crash, PCs get stolen, viruses corrupt files and employees inadvertently (or maliciously) delete folders. You can protect your business from such calamity by preparing for disaster recovery in advance for events ranging from the unexpected to the unthinkable. These 10 small business technology products and services will help you do just that.

Be Prepared with Information and Resources

According to U.S. Department of Labor estimates, more than 40 percent of businesses never reopen following a disaster, and among those that remain, at least 25 percent will subsequently close in two years. But less dramatic causes of small business data loss and systems interruption can also negatively impact your business.

In fact, more than a third of business owners surveyed reported that IT downtime can harm customer loyalty, according to a study by Microsoft. Being able to reconstruct server- and PC-resident data, and implementing technologies that support business continuity, are crucial to keeping your business from being a statistic.

For its part, Microsoft has prepared a free disaster-preparedness guide tailored specifically to small business owners that covers the precautions to take for physical and virtual disasters, how to properly protect your business and alleviate the consequences of disasters, how to begin your own disaster preparedness plan and more. Further resources and information can be found from the U.S. Small Business Administration.

If your PCs and servers employ Microsoft operating systems, you already have several tools at your disposal to be ready for physical and virtual misadventures. “Windows 7 is Microsoft’s most secure operating system to date, and it helps SMBs operate more efficiently with features that promote greater productivity, mobility and security,” said Cindy Bates, Microsoft’s U.S. SMB vice president. “An operating system that supports remote working and security becomes immensely valuable in times of disaster.”

There are a range of features built into Windows 7 that promote disaster preparedness or aid in recovery. Job one, of course, is to back up your PCs and servers. Yes, there are excellent third-party backup/recovery products — and we cover some of our favorites below — but Windows has tools built in to handle some chores.

For example, the operating system’s Advanced Backup and Restore features were enhanced in Windows 7 and offer file and full system image backup.  You can let the system automatically choose what to backup, or do it yourself at a very granular level.  Either way, it is much simpler to initiate than in previous Windows versions, and Microsoft claims faster and more accurate restoration.

Another important safeguard is to encrypt the data that resides on your employees’ PCs, especially if they use laptops, in the event that a machine gets lost or stolen. The handy BitLocker and BitLocker-To-Go tools are built into Windows 7. These programs should be used to encrypt and secure your data, so that it can be read only by someone who has the right encryption key to unscramble it.

Another key consideration is keeping your business as functional as possible, even if your office has to be closed for days after disaster — natural or otherwise. After Hurricane Irene, for example, many offices were unscathed, but flooded roads prevented employees from being able to get there for a week or more.

The Remote Desktop interface gives the end-user the experience of working almost completely with local resources.  In the event of a physical disaster preventing access to your workplace, business can continue as usual.

On the server side, businesses that run on Windows Server 2008 R2 have a number of tools at their disposal. “Windows Server offers a comprehensive set of features for addressing the disaster recovery needs of small businesses during critical operation times,” noted Bates. “Microsoft believes that server virtualization should be an integral part of any small business IT infrastructure.”

Hyper-V, the virtualization technology included in Windows Server, allows you to have multiple “virtual” servers on one physical box. Should a drive in the server begin to fail, Hyper-V’s Live Migration and Backup feature offers near real-time movement of critical workloads away from the failing media.

Even if you are able to rebuild your server image of restore files from a backup, all too often essential elements critical to the operation of a small business are lost. To be prepared, consider a product such as InformationSAFE Small Business Edition. Available in both desktop ($99.99) and in disaster-proof online versions ($79.99 per year), the product features predesigned templates to help you store vital business information for easy recovery.

The templates are organized into seven intuitive categories — Business Info, Financial, Insurance, Legal, HR, Property and Key Contacts — putting information that is usually spread across a range of electronic and paper sources together in one place. Your information is protected from hackers by AES encryption, and with the online version you can access your information from any computer.