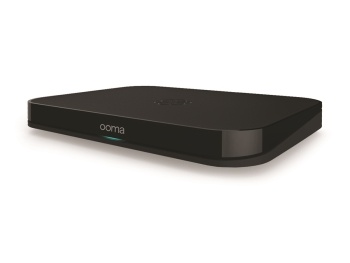 Of the myriad technology matters a young small business must contend with when establishing a new office—computers, Internet access, hosted services such as email and a website, etc.—setting up an office phone system can be especially complicated and costly.

Although the Linx devices would imply powerline networking, they’re actually wireless transmitters that use the same DECT technology used in virtually all of today’s cordless phones. You can also use a Linx device to host an old-timey analog fax machine.

The Ooma Office supports four Linx devices in total­—additional devices cost $50 each—which allow for a maximum of five physical extensions. Although the Ooma Office supports many more “virtual” extensions (more on those in a bit), being limited to only five in-office phones may be a bit of a low ceiling for many businesses, even if they’re small. Ooma says it’s looking into supporting more than five extensions by allowing multiple base stations in the same office.

Also, the Ooma Office doesn’t currently support cordless phones, though the company reports it will work with the $60 cordless HD2 handset from the Ooma Telo.

Getting Started with Ooma Office

The first step to getting the Ooma Office up and running (before you even plug the base unit in) is to establish your account and activate the base unit online at Ooma’s website. It prompted us to create a password and security question as well as to enter basic company information, including the physical address for E911 purposes.

Next you need to establish “phone lines” (not really actual phone lines, of course—more like call paths in some distant router), the number of which you choose determines how many incoming or outgoing calls your Ooma Office can handle simultaneously. Each line includes unlimited calling to the U.S. and Canada and costs $20 per month plus telecom taxes and regulatory fees, so it’s really closer to $25 per line. (International calls are priced per minute and funded out of a prepaid account.)

The Ooma Office supports up to 10 lines, but we opted for two lines and also chose two local phone numbers to go with them. You choose your numbers from a list of available numbers in your own area code, but you can also choose numbers from different area codes if you’d prefer. If you have existing phone numbers, Ooma will transfer them for free, though you’ll still need the local numbers for a while as the transfer process can take several days or more.

After specifying what we wanted our Caller ID to display, we were pretty much done and ready to turn our attention setting up the base station and phones.

Ooma Base station and Phone Setup

Ooma recommends connecting the base unit between your broadband modem and router so that the device can perform QoS and maximize call quality, but it also supports simply plugging it into your router as you would any other networked device such as a PC or printer. We opted for the latter approach and didn’t experience any problems, but in this scenario call quality will depend on the speed of your Internet connection (ours is 25 Mbps upstream/4 Mbps downstream) and how busy it is.

Setting up an additional phone requires only slightly more effort. We logged into myoffice.ooma.com to create a new extension with a few clicks, entered a six-digit code from the back of one of the Linx devices, plugged the Linx into the wall, and then pressed and held a button on the back of the base station in order to pair the two devices. Within about a minute, the Linx device status light was glowing solid blue and the phone we plugged into it had a dial tone.