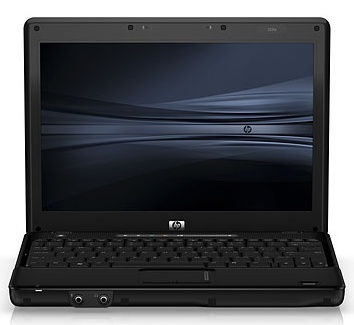 It’s an inescapable fact of portable electronics: Miniaturization costs. Want a teeny phone, a pocket-sized GPS or a four-pound laptop? Well, be prepared to pay extra for portability.

To every rule there is an exception, however, and among notebooks that exception is the HP Compaq 2230s. While other ultraportable notebooks destined to be executive accessories fetch $2,000 (and why not, since the shareholders are paying, HP has fashioned a platform aimed at you — buyers who actually write the checks — that starts at just $999.

In spite of its low price, the HP Compaq 2230s model is not a stripped-down notebook built with last year’s parts. Granted, the specs of the $999 configuration aren’t extravagant, but its components are more than sufficient for typical business computing chores.

Powered by a 1.8-GHz dual-core Intel Core 2 Duo T5670 processor, the Compaq 2230 includes 1GB of RAM which, at this price, is fine for running the preloaded Windows XP operating system (Windows Vista Basic is included on-disc, should you prefer), and you get a 120GB hard drive.

Stepping up a level to the $1,249 version nets you improved performance with a 2.2-GHz processor, 2GB of RAM and a 160GB hard drive.

Finally, the $1,449 model delivers a 2.53-GHz processor, 3GB of RAM and a 250GB hard drive. The Mobile Intel GMA 4500MHD integrated graphics engine found in all three configurations is fine for running Vista’s 3D effects and slow-moving strategy games, but you won’t be playing any 3D shoot ’em ups with this graphics processor.

All HP Compaq 2230s models include a multi-format DVD/CD burner with HP’s LightScribe disc-labeling technology, which lets you flip over a LightScribe-compatible disc and etch words or images on it. If you need to create discs for clients, this method is much more polished and professional than scrawling a label on the disc with a magic marker.

You also get wireless connectivity compatible with all of the current Wi-Fi standards — 802.11a, b, g and n — so you can upgrade your router to the latest and greatest and take full advantage of the speed. The mid- and top-tier models also include Bluetooth wireless.

HP includes a full complement of ports, including three USB ports, a memory card reader, Gigiabit Ethernet, a modem and an ExpressCard/34 slot – though we would have preferred to see the /54 version, which accommodates a wider range of devices.

And while there’s no Webcam, which is pretty much standard equipment on most business notebooks, we are happy that HP included a traditional VGA port connecting an external projector or monitor, as well as an HDMI port for big-screen monitors and HDTVs.

Weighing just four pounds and measuring 13.3- x 9.7- x 1.2-inches, the HP Compaq 2230s is easy to tote with you everywhere. The rounded edges and satin finish make it comfortable in the hand, and that finish is much less prone to fingerprints and smudges than the glossy cases popular on most notebooks these days.

The 12.1-inch screen delivers a very bright, crisp image. The 1280 x 800 resolution makes for sharp text, but on a panel this size, default text in applications and in Windows’ lists can be a little small for the optically challenged.

Unlike most ultraportables the HP Compaq 2230s has a keyboard with full-size letter keys plus desktop keyboard features, such as inverted-T cursor control keys and editing keys. The Function-row keys are tiny but usable, and as with other machines in this class, the touchpad and mouse buttons are small but usable.

We appreciate the dedicated volume control above the keyboard lets you adjust the volume with the swipe of a finger. The built-in speakers deliver adequate sound and audio quality that’s comparable to other diminutive machines. Music sounds tinny, but Web audio and movie dialog sounds fine (if lacking in bass).

HP offers only one battery choice for the notebook, a small four-cell pack good for about 2.5 hours of runtime in typical use. On the plus side, the machine features HP FastCharge, which brings a depleted battery up to 90-percent charge in about 90 minutes.

Since HP designed the Compaq 2230s to go everywhere you do, security is paramount. And HP delivers big-time in this regard. The HP 3D DriveGuard feature, which parks the drive heads should the machine sense it is falling or being jostled, protects data on the hard drive. This keeps the hard drive heads from coming in contact with the platter, a leading cause of data loss.

Speaking of loss, HP has included several ways to protect your data from unauthorized users should the notebook be lost or stolen. The built-in fingerprint reader ensures that only a registered user can boot into Windows. Of course, someone intent on reading your data could always find a way in. But with the machine’s automatic drive encryption feature, all data written to the drive is encrypted and can only be retrieved after a valid login.

When it comes time to pass the machine along, the HP Disk Sanitizer utility lets you overwrite the drive up to seven times with random data, effectively wiping the drive. HP also includes its File Sanitizer utility for performing the same function to files and directories you choose.

If all this security has you worried that you’ll lock yourself out of the machine, HP has included its SpareKey function, which lets you reset your Windows password after answering three security questions you choose during setup.

If you need a portable companion with robust security features but have been put off by the price of most ultraportables, the HP Compaq 2230s is worth a look. It isn’t the flashiest or fastest notebook available, but it will get the job done and still leave some cash in your wallet.