Looking for a PC? Have You Met Lenovo? 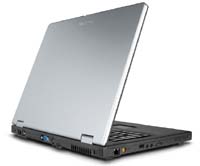 Lenovo, the Chinese company that purchased IBM’s ThinkPad and ThinkCentre notebook and desktop division last year, is hardly a household name in the U.S. But in a move to boost its brand awareness, the company just launched the Lenovo 3000 family of products — the first Lenovo-branded computers outside of China.


According to Forrester Research, Lenovo owns 30 percent of the Chinese PC market — but as IDC notes, only 7.4 percent of the overall global market, trailing behind Dell and HP. And so the company hopes that broadening its product portfolio with the 3000 line will help it to reach a new audience.


Craig Merrigan, Lenovo’s vice president of marketing strategy and design, distinguished the Lenovo-branded product line from its Think-branded cousins, calling the ThinkPad “CEO-worthy” and “the ultimate business tool,” while saying the 3000 line provides “great value and worry-free computing in an exciting, stylish design.”


He added that smaller companies typically lack the IT staff and resources to maintain their computers. “Small business owners want PCs and tools that enable their business,” said Merrigan. “They do not want to manage them.”


Both the new desktop and notebook series feature Lenovo Care productivity tools, which are designed to relieve maintenance and service worries through automating onerous but necessary tasks. These include a one-button system recovery (from problems caused by viruses and malware), critical software updates.


Executives noted that the C Series notebooks will feature a choice of either Pentium M or Celeron M processors while the J series desktops will offer Penitum 4, Celeron D and, in a move to offer customers a wider range of price options, AMD Sempron or Athlon processors.


The first — and currently available — notebook in the C Series, the C100, is 1.3 inches thick, weighs in at 6.2 pounds and offers a range of connectivity features including integrated wireless 802.11 a/b/g capability, optional Bluetooth, 10/100 Ethernet and a modem. It also sports a 15-inch display, integrated combo or DVD recordable drive, a three-in-one multi-card reader, four USB ports, Firewire and S-video. Pricing starts at $599.


Lenovo plans to release a widescreen model, the N Series, with 14.1 and 15.4-inch displays in March and an ultra-portable version, the V Series, sometime during the second quarter.


The J100 and J105 desktops will be available in a range of configurations and feature what Lenovo calls a “modern design silhouette and curvilinear components,” SATA drive support and optional accessories including the ThinkVision USB SoundBar and a ThinkPlus preferred Pro USB FingerPrint keyboard. Pricing starts at $349 and $499.


As for software, Lenovo plans to include Windows XP Pro (or Home), Google’s ToolBar, Desktop Search and Picasa, plus a full version of Corel’s WordPerfect Office 12, CorelDraw and photo album features and Norton Internet Security.

Lauren Simonds
Previous articleA Virtual PBX for Your Real Business
Next articleNetworked Attached Storage: Easier and Better Than Ever