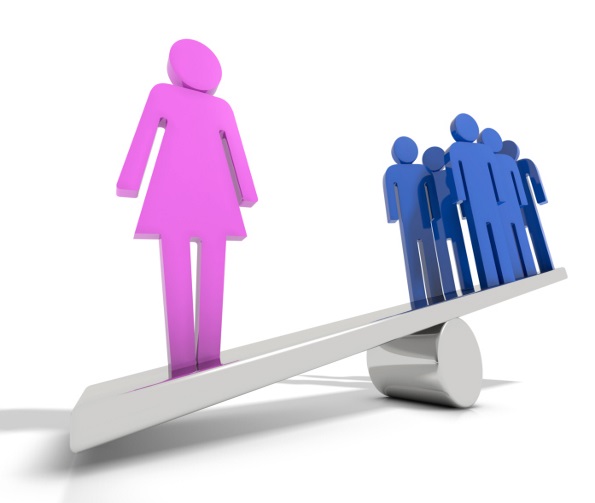 The Internet may well be the best tool for women entrepreneurs as they seek increased opportunities, female mentorship, start-up capital, and perhaps even a way, if it exists, to let go of any “mom guilt.” From entrepreneurial websites designed just for women to crowdfunding and online-based small business financing, the Internet offers business-oriented women a wide array of start-up opportunities.

Tamara Monosoff, a social entrepreneur and the owner of TamaraMonosoff.com, recalls when—in 2003—she was ready to launch her own business, she found next to nothing online about launching a new start-up as a mom.

“I had no idea to where to start, and no support. I looked online for information, but nothing came up,” said Monosoff.

Times have since changed. The Internet houses at least a score of women-focused entrepreneurial sites (see below), and even offers access to financing. It’s mind-boggling just how opportunities for women have changed because of the information available on websites.

“It’s really exciting to see this transition happen,” said Monosoff, who has also authored six books for entrepreneurs including, “The Mom Inventors Handbook” and “Secrets of Millionaire Moms.”

Women now represent nearly a third of all entrepreneurs across the world, and their numbers are expected to keep growing. From 1997 to 2014, in the U.S. alone, women-owned companies grew by 68 percent at a time when all businesses grew by only 47 percent, according to 2014 data published by Womenable and American Express OPEN.

And according to a Dell survey, the U.S. topped a list of 30 countries as the best for women entrepreneurs—followed next in line by Australia, Sweden and France. However, these survey results showed that 75 percent of these countries could do more to support female business leaders. Challenges that women face include male-dominated industries, limited access to capital, and less-than-stellar women’s rights issues.

In almost half of the surveyed countries, 50 percent of the female population are described as “unbanked,” meaning that a significant disparity exists between the number of men and women who have bank accounts.

According to Business News Daily, other hurdles facing women entrepreneurs include lack of funding from venture-capitalist firms, balancing work and family life, and finding like-minded women in the business world to provide support and mentorship. A recent study from the Kauffman Foundation shows that the lack of available advisors tops the list of challenges for female entrepreneurs.

Limitations also arise from gender stereotype. A recent study from the University of California, Santa Barbara, suggests that people generally regard female entrepreneurs as less competent and their businesses less worthy of investment. And, because men lead many venture capitalist firms, these firms may be less likely to recognize and invest in good opportunities that emerge in women-dominated industries.

So how can women overcome entrepreneurial hurdles to take part in the expected growth in women-owned companies? Monosoff and Kathryn Petralia, co-founder and COO of the small business loan site Kabbage, offer their advice.

Tips for Launching Your Woman-Run Business

Women entrepreneurs who need to secure funding can reach out to small business lenders, venture capitalists and even those in private equity, sometimes simply asking for an introduction.

“Get them excited about your cause and why it’s an advantage for them to invest or to give you a loan,” said Petralia, whose business Kabbage.com launched in 2011 and provides loan decisions to online applicants in as little as 10 minutes. “Also ask families and friends and colleagues and former colleagues. If you don’t ask, you don’t get. Shout it from the rooftops.”

2. Turn to Family and Friends

Family and friends are often the first people to whom entrepreneurs turn, after, of course, investing as much of their own money as possible. “People want to see how much skin you’ve put into it first,” said Monosoff.

One site, ZimpleMoney, provides resources for new entrepreneurs to initiate and to manage family loans as well as services such as easy online set-up, electronic payments and alerts. “This formalizes everything, so that you’re not hiding behind the BBQ at family get-togethers,” said Monosoff.

According to Massolution, an industry report from Crowdsourcing.org, crowdfunding is expected to raise more than $5 billion in funding in 2015, up from $2.7 billion in 2012, with funding now available through sites such as Kickstarter and IndieGogo.

“Crowdfunding is awesome,” said Monosoff, who also mentioned that some crowdfunding sites offer unique types of products or services. “It’s a fabulous way to raise money for a variety of reasons. Number one, it’s low-risk, but it’s also incredible marketing.”

RocketHub, for example, provides its Success School to help entrepreneurs become successful at crowdfunding, while CrowdSupply offers logistics and fulfillment services support, such as warehousing, so that people don’t have to store the first 10,000 units of their product in their garage, quipped Monosoff.

Also, if your product or service tanks on a crowdfunding site, you can take it as a sign that it’s time to re-think your business. “If everyone goes nuts over it, that tells you you’re headed in the right direction,” she said.

Microloans, often in amounts from $5,000 to $100,000, are available through non-profits and other types of entities, and provide an alternative to banks that don’t find it profitable to originate new loans for small entrepreneurs.

“Most entrepreneurs don’t know about microloans,” said Monosoff, who recounts how her first microloan of $25,000 was essential to her business. Often, these microloans carry lower interest rates than bank loans and may have different requirements as far as the financial information you need to provide up front.

Monosoff suggested sites including Kiva Zip, which provides interest-free loans internationally, and Accion. The non-profit Kauffman Foundation reports that the average cost for building a new business from the ground-up is around $30,000, which is why microloans can be helpful.

You can find additional information on the microloan program available nationwide through the Small Business Association.  Kabbage also offers loans in amounts of $500 to $500,000 for growing businesses; you initiate the process through the company’s online application.

1. Do Your Market Research

Before investigating your financial funding options, it’s important that you do your market research first. “Most people don’t know how to do market research, and it doesn’t sound like much fun either,” said Monosoff.

You can make market research less intimidating by doing it on the spot and talking to people wherever you are—at the dog park if, for example, you’re considering a pet product.

Questions to ask include whether a person would use the product if it were available, what features he would prefer and what color he would buy. Also ask where she would expect to buy the product and how much she would pay for it.

Be sure to head online and find out whether your product or concept is different from what’s already available in the marketplace. Monosoff said that no retailer will take a selling product off the shelf just to replace it with a similar product. Figure out how yours is different, even if it’s as simple as making it out of all organic materials. You can also look for online comments and complaints about similar products to better fine-tune your own product or idea.

3. Connect with Other Business Women

Women entrepreneurs have ample opportunity to connect with each other locally and regionally. You can look into your area Chamber of Commerce, a local entrepreneurs organization, or even a regional chapter of the National Association of Women Business Owners (NAWBO). Additionally, check out online networking sites—such as DamesBond and Ellevate—that focus on women entrepreneurship.

“You must have social networks,” said Kabbage’s Kathryn Petralia. “If you have a family, you need even greater support.”

Women entrepreneurs with families face tough challenges when it comes to running a business, but should realize that their family will at times require more attention than their business, and that at other times, the reverse will be true.

“Parents should not feel guilty at all,” said Monosoff. “I can see what I’ve created with my business and what my kids have learned from me. They see me thriving and creating something for my family. They see me following my own passion, and that inspires them.”

Maggie O’Neill has worked as a news reporter for more than 10 years.

Maggie O'Neill
Previous articleShipHawk Swoops in to Rescue Abandoned Shopping Carts
Next articleSkyDesktop: Run Your Business in the Cloud