HP Aims at the Middle With New Servers 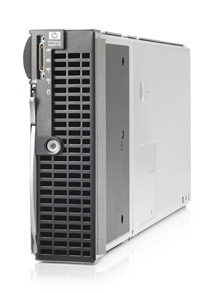 Quantifying what the “M” in SMB means has never been a precise — or consistent from vendor to vendor — exercise. However, HP is trying to clear up things when it states that mid-sized businesses are those with between 100 and 999 employees.


Targeting what it says is a burgeoning growth at those mid-market firms, HP today introduced new servers, blades, software and Linux management tools.


HP said it will rely on channel partners to provide new entry-level servers specifically tailored for customer management and secure remote access, which it says are the two largest investment areas for mid-sized business.

HP announced that it’s broadening its CRM portfolio by adding five Oracle 10g databases as an option for customers, along with Oracle Siebel CRM Professional Edition configurations. The new CRM offering is designed to complement HP’s existing Microsoft Dynamics CRM offerings, according to the company.


Renggli said that there are 700,000 mid-sized business worldwide. The common denominator: “They all have limited IT budgets, and they don’t have the database and storage specialists you find in larger businesses.”

The Power of the Blade

Renggli said that at $1,199, its ProLiant BL260c G5 server blade costs 20 percent less and is 64 percent more power-efficient than any other blade on the market. HP claims that a single BL260c will achieve top performance using 200W of power, or the same amount required to operate a household coffee pot.

The BL260c, which is housed it the HP BladeSystem c3000 and c7000 enclosures, is designed for branch offices and remote sites with small or virtual machine environments. It supports CRM, ERP, database applications, Web applications, file/print services and and high-performance computing.


The BL260c G5 server blade is built to fit into any HP BladeSystem enclosure along with the HP All-in-One storage or tape blades for data protection and expansion. The BL260c’s include the following features, according to HP: up to 24GB of memory, redundant network connections to ensure uptime, integrated lights-out for remote control and management, RAID capability for added data protection and HP StorageWorks All-in-One storage and tape drive compatibility.

Priced at $699, the HP ProLiant DL120 is the lowest-priced, rack-based ProLiant server available, according to HP. The DL120 is suitable for companies that need a low-cost server dedicated to network infrastructure applications that run 24/7, such as access, security and load-balancing function.

The Line on Linux


HP claims that by using its Control Tower technology for rapid provisioning and system deployment, applications from one server can be deployed to other servers in a cluster automatically. The tools also let you remotely monitor servers from a secure Web browser.


Renggli said that ICE-Linux is available directly from HP as well as channel partners and resellers for $289 per server. ICE-Linux is also available as an integrated component on the HP Cluster Platform Workgroup System. HP’s Linux Oracle Quick Reference Solutions are available now with variable pricing.