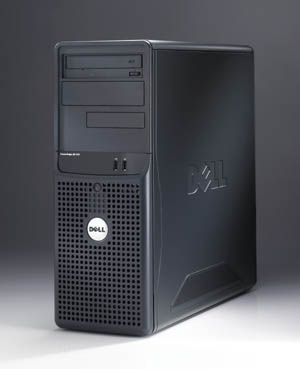 New technological advances just keep rolling in, and the current one facing SMBs is the dual-core processor platform. The technology promises to deliver increased performance and power-consumption efficiency to both desktops and servers. Today, Dell announced one of the first dual-core servers — the entry-level PowerEdge SC430.

Dual-Core Basics
According to Tim Golden, a Dell director of marketing, a dual-core processor, or Pentium D as named by Intel, supports hyper-threading and provides four parallel lines of instructions between the processor and the system memory. This increases the processor’s speed, essentially quadrupling the amount of bandwidth found in single-core processors that don’t support hyper-threading.

Golden also said that dual-core architecture requires a balance between the processor, the system memory and the I/O subsystem (i.e., the contollers that handle input and output for expansion devices such as graphics cards and network cards). If only the processor speed increases, he said, a bottleneck would occur further down the line, so the architecture also includes the fastest memory — DDR2-SDRAM — and the fastest I/O standard, PCI Express.

In terms of performance, systems with a dual-core processor can quickly handle multiple, processor-intensive tasks simultaneously and, said Golden, consume less energy and generate less heat while doing them.

What About the Software?
If you’ve read anything about 64-bit, dual-core desktops lately, you may know that except for a special version of Windows XP, there are no software applications that take advantage of the 64-bit capability — yet — and the same is true for servers.

Essentially, you’ll get two performance boosts from a 64-bit, dual-core system — one now that’s a direct result of the dual-core processor architecture — and another one later once software applications that support 64-bit technology hit the shelves.

In the mean time, “the same applications you’re running today will run on a Pentium D processor as long as the applications support hyper-threading — and the bulk of today’s apps do,” said Golden.

What it All Mean for SMBs
Will every SMB benefit from a dual-core server? No, not at all. According to Golden, “Companies that are involved with high-performance technical computing, clustered computing (where many severs are linked to work on one task), or computer-aided design (CAD) will get the most bang for the buck.”

However, he said that all application environments would see an improvement. Those server applications include:

“The performance benefit will vary,” said Golden. “The worst case, you’ll see a 10 percent improvement. Best case will see 42 percent and up.”

Still, not every SMB needs or can afford to invest in this technology. Golden pointed out that dual-core servers wouldn’t replace single-core servers. “Depending on the type of business you run, you may not need a dual-core server. No one’s going to force you to change. You can still buy a Celeron or a Pentium 4. If you need the power, go with Pentium D — just be aware that there is a small price premium.”

The PowerEdge SC430
Dell designed the SC430 to replace the SC420, calling the new addition an “affordable small-business server with room to grow.” Golden said the company doubled the 430’s internal storage capacity. “The SC430 can support up to 500GB when using SATA hard drives or 600GB when using U320 SCSI hard drives.”

Other configurable features include:

Pricing
The PowerEdge SC430 is available in a variety of configurations based on type of processor, amount of memory and storage capacity. The base price starts at $499 with prices ranging up to $849. For an additional fee, Dell will bundle or pre-install the server with Microsoft Small Business Server.

Recycling: Dell offers recycling for companies looking to dispose of old hardware. The company supplies recycling customers a certificate of disposal verifying that the material was disposed of according to EPA guidelines. Customers also have the option to donate hardware through a partnership Dell set up with the National Christina Foundation.

Do you have a comment or question about this article or other small business topics in general? Speak out in the SmallBusinessComputing.com Forums. Join the discussion today!