A Small Business Guide to Buying a Netbook 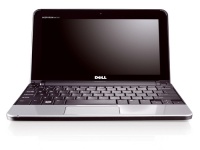 The netbook craze began back in 2007 with the Asus Eee PC. What started as a fad has grown into its own PC category. What distinguishes a netbook from a notebook? There’s no official definition, but the basic rule of thumb describes a netbook as an ultraportable notebook that weighs around 3 pounds, comes with a small screen and costs between $300 and $500 depending on specs and features.

Although they generally fall short of entry-level notebooks in terms of raw computing power, netbooks are nevertheless extremely popular because 1) they’re smaller, lighter and (typically) cheaper than full-size notebooks; and 2) they’re more capable and comfortable to work with than smartphones.

Just about every manufacturer that makes notebooks (Asus, Acer, Dell, Gateway, HP, Lenovo, Samsung, Toshiba – and the list goes on) also has at least one netbook. Although the majority of vendors don’t offer business-centric models, a wide array of consumer-targeted netbooks can serve as useful business tools.

Most netbook vendor offerings come in fixed configurations (sometimes dozens of them), but a few companies such as Dell and HP do allow customers some limited options for custom configuration (both Dell and HP also offer a business netbook line as well).

At first blush the many netbook choices may seem similar, but the differences go beyond mere aesthetics. Here’s what you need to know about buying a netbook — before you part with your  hard-earned cash.

The overwhelming majority of netbooks use one of Intel’s entry-level Atom processors. The Atom is a low-power CPU in every sense of the term — performance takes a back seat in favor of minimizing battery drain. But netbooks are still powerful enough to handle most basic computing chores like Web browsing, e-mail and business productivity.

Intel’s most current Atom processor is the N450. It improves performance and battery life over its predecessors in part by combining the CPU, memory controller and graphics accelerator into a single chip. A forthcoming Atom N470 — currently available but not yet shipping in any netbooks (though it should be available very shortly) — will run a bit faster (1.6 to 1.83 GHz).

As of this writing, there are plenty of netbooks for sale with older Atoms CPUs like the N270, N280, Z520, and Z530. While there’s nothing inherently wrong with them, they have dated (nearly two year old) hardware. Unless you’re getting a particularly good deal, stick with netbooks based on the newer N4xx Atom, like Lenovo’s S10. Netbooks with older Atoms will likely be discontinued or refreshed in the near future, so you don’t want to pay top dollar for them.

Netbooks generally come standard with 1 GB of RAM, which is sufficient (barely) as long as you stick to using no more than one or two programs at a time.  If you plan to frequently exceed that, or like to keeps lots of browser tabs/windows open simultaneously, consider a memory upgrade.

Fortunately, virtually all netbooks can accommodate 2 GB of RAM (and they typically max out there, though a few models support 3 or even 4 GB). An upgrade caveat:  many netbook models have only one memory socket and thus require you to shell out for a larger memory module than you need in order to upgrade. For example, to upgrade from 1 GB to 2GB, you may need to buy a 2 GB module to replace an existing 1GB module, rather than simply adding a second 1 GB module.

As you might expect, the diminutive footprint of a netbook really puts a limit on screen size. Netbook displays commonly measure 10.1 inches and sport a resolution of 1,024 by 600, which is enough to show the full width of a standard Web page (but expect to do a lot of vertical scrolling to read long pages).

If you’re willing to tote a slightly larger and heavier netbook around (and give up a bit of battery life as well) in exchange for more desktop real estate, seek out models with 11.6 or 12.1-inch screens, which typically bump the resolution up to 1,366 x 768.

A few netbooks offer the option of shoehorning the sharper 1,366 x 768 resolution into the smaller 10.1-inch screen (Dell’s Mini 10 is one example), but you’ll need really good eyesight to view such displays comfortably as they make the pixels extremely small.

Regardless of display size, most netbooks use a basic integrated graphics chip, which is fine for business use but not for more demanding tasks like playing HD video smoothly. A small but increasing number of netbook models offer beefier graphics — either standard or as an option — in the form of a dedicated graphics chip from nVidia’s or Broadcom, allowing them to handle HD video competently.