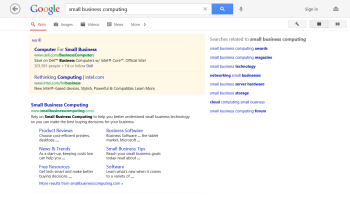 Along with its heavily reworked user interface, Windows 8 introduces an online store where you can download apps designed to work with the new operating system.

Microsoft divides Windows Store apps into twenty categories ranging from Books & Reference, Productivity and Business to Social, Photo and Games. As with any nascent app store, the pickings are relatively slim at the moment– as of this writing, there were only 6,125 free and paid apps (mostly free though) available to U.S. customers, though that number is certain to grow in the coming weeks and months. Case in point, on the October 26th launch date for Windows 8, the app store offered fewer than 4,500 apps.

Even though Windows 8 still runs previous Windows software just fine via its Windows 7-esque Desktop mode, it’s worth familiarizing yourself with the offerings in the Windows Store if you want to minimize how often you have to switch between the tiled Start screen in Windows 8 and the old-fashioned Windows Desktop.

Moreover, if you’re interested in a Microsoft Surface tablet, the Windows Store is the only place to get apps since the tablet’s ARM CPU and Windows 8 RT operating system can’t run conventional Windows software. (An Intel CPU-based Surface with Windows 8 Pro is due in early 2013).

Ready? Let’s take a look at our favorite apps in the Windows Store.

15 Handy (and Free) Windows Store Apps for Business or Pleasure

Although Microsoft would certainly hope that you use Bing for all your Windows 8 searching needs, if you’d prefer equal access to Google from your Start screen, you’re in luck. Google’s Windows 8 app provides the same search history and voice-enabled searching you get with using it via a browser, and it offers convenient access to other services in the Google ecosystem.

This is the classic Windows Remote Desktop Connection client given a facelift for Windows 8. It gives you access to remote Windows computers (or just to specific applications, depending on how your network is configured), and it creates thumbnails of your recent connections for easy access.

You could monitor Facebook, LinkedIn and Twitter separately, but there’s no need when FlipToast will keep you up-to-date on all of them at the same time. Plus, its Live Tile lets you keep tabs from the Start screen. (FlipToast works with Instagram too, if you’re into that sort of thing.)

Skype’s conventional desktop software works just fine with Windows 8, but the native app offers a more attractive, full-screen experience, and it integrates with the lock screen to show your online status and missed calls (plus it still runs in the background). It will also let you merge your Skype and Microsoft accounts so signing in to Windows with the latter automatically signs you in to Skype as well. 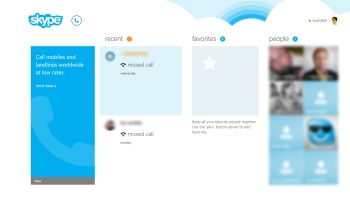 This app is much like Windows 7’s Netflix for Windows Media Center, except now there’s no Media Center required — which is just as well because Media Center is a separate download in Windows 8 (free for Windows 8 Pro users until January 31, 2013, otherwise it’s $70). This app’s interface is as attractive and functional as any of Netflix’s smartphone or game console/set top box offerings and, like those, it remembers where you stopped watching a show, even if it was on another device.

You probably visit Wikipedia regularly for information on various topics, and this app offers an interesting alternative to the website. It features a home screen with featured pictures and articles (as well as recently-changed articles) and lengthy articles scroll vertically rather than horizontally. You also get the option to pin specific articles to your Start screen or open them in a browser.