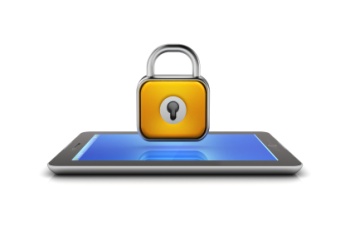 Small and midsized businesses (SMBs) have embraced the so-called “bring your own device” (BYOD) trend, but many are ignoring the security lessons of the past.

Smartphones and tablets are a common sight in small shops and offices, a sign that small business owners are hip to the business-enhancing benefits of mobile productivity. Unfortunately, they’re also risking the safety of their data. That conclusion comes from a new study commissioned by Spiceworks, maker of the eponymous free network management, and mobile device heavyweight Samsung.

“BYOD is definitely on the increase,” Peter Tsai, Spiceworks’ IT content marketing manager, told Small Business Computing. And the firm’s data backs him up.

A survey of 300 IT professionals in the U.S. revealed that 80 percent of respondents were supporting one or two mobile devices per employee. Ninety percent said that their employees bring at least one mobile device to work. The vast majority of those polled (89 percent) provide IT services for SMBs.

According to the Spiceworks report, Weathering the Mobile Storm, smartphones top the supported device category at 90 percent with tablets following with 77 percent. Wearable devices, such as smartwatches and health trackers, made a showing with 22 percent.

The mobile operating system that runs on Apple’s iPhone and iPad (iOS; 46 percent), outpaces Android (35 percent) in the workplace. In terms of support, the survey revealed that IT pros would rather monitor Windows (54 percent) and Android (47 percent) devices than those from Apple (42 percent).

Naturally, workers use practically all of those devices to view, edit and share sensitive company data.

It stands to reason that they would roll out solutions to keep that data safe, right? Alarmingly, that’s not always the case.

In a company blog post, Tsai outlined the sorry state of small business mobile security. Barely less than half (49 percent) of the IT pros surveyed by Spiceworks “said that they had a mobile device management (MDM) solution in place, which can enable helpful features like encrypting data on mobile devices, enforcing lock screens, restricting app installs, and wiping the device if it’s lost (among many other useful things), meaning that most IT shops we talked to aren’t fully protected when it comes to mobile security,” he wrote.

What explains the gap? It’s a familiar tale, said Tsai.

Small business IT workers often chalk it up to a “lack of time and a lack of money to put solutions in place,” said Tsai. “It’s hard to get that spend approved until there’s a real proven need,” he added. Often, competing business priorities cause mobile security to get “pushed down the to-do list.”

Not having suffered a breach—at least to the best of their knowledge—others just bury their heads in the sand. “Some people would rather ignore it than deal with it,” added Tsai.